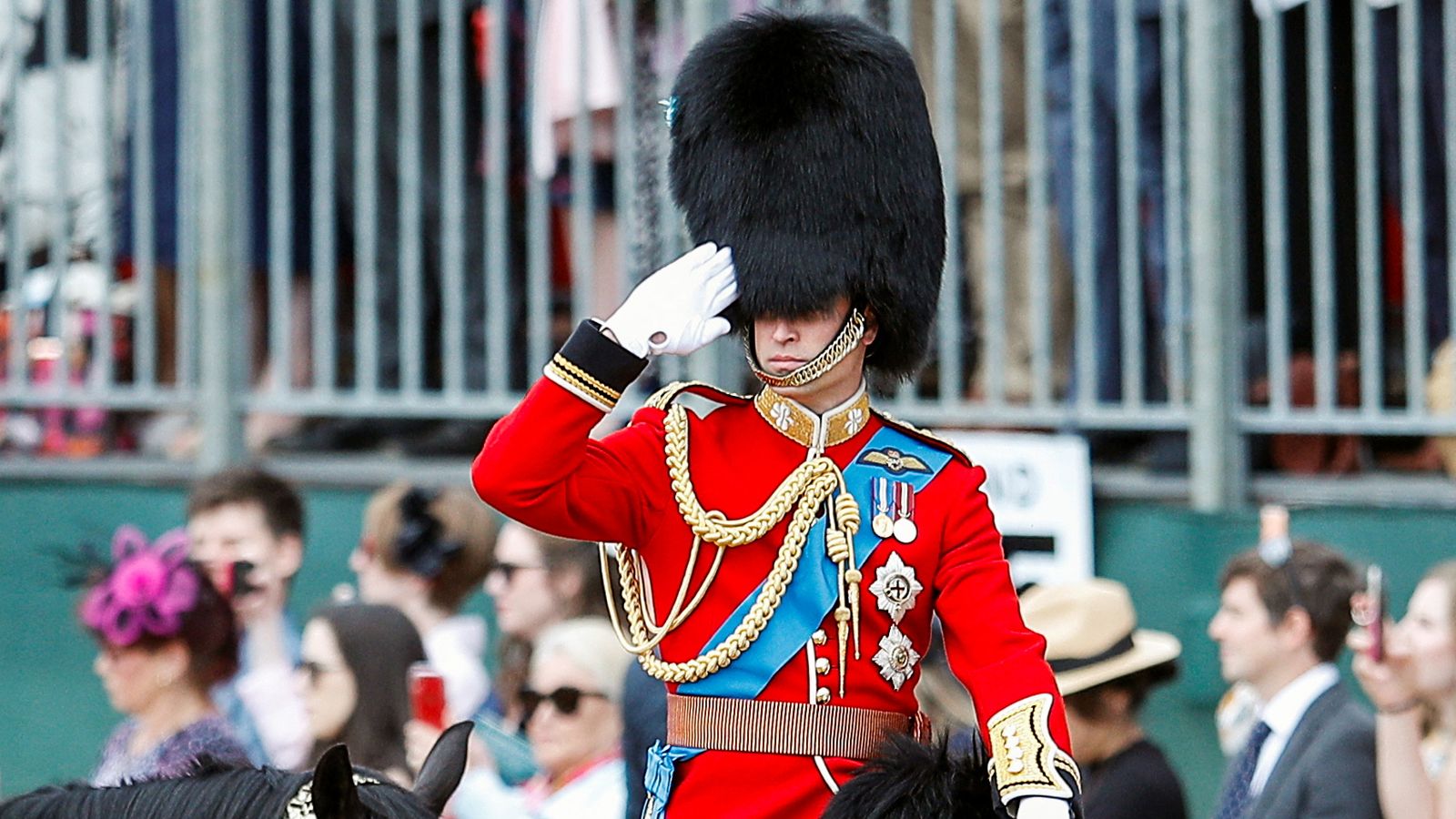 The Duke of Cambridge led the full dress rehearsal today during final preparations for the Trooping the Colour ahead of the Queen’s birthday next week.

The colour of the Irish Guards will be trooped at this year’s event and Prince William, as Colonel of the Regiment, oversaw the 90-minute rehearsal for the spectacle which kicks off the Platinum Jubilee celebrations.

He was greeted by a salute before carrying out the inspection on horseback of the troops in their ceremonial uniform of red tunics and bearskin hats.

Every year the Royal Family gathers at Buckingham Palace to celebrate Queen Elizabeth’s birthday, known as Trooping the Colour.

The military ceremony has been a tradition since the 17th century and is performed by regiments of the British Army.

The parade took place from Buckingham Palace, along The Mall, to the Horse Guards Parade and back this morning at 10am.

Prince William inspected more than 1,500 soldiers and 350 horses carrying out complicated manoeuvres while more than 7,000 guests watched the challenging drills being carried out to a programme of music.

The Duke of Cambridge was the first person from the Royal Family to be appointed the Colonel of the Irish Guards in 2011.

The Queen, 96, has mobility issues and her presence at the Jubilee events may not be confirmed until the day.

It would be rare for Her Majesty, who has been reigning for 70 years, to not attend the celebrations in Central London to mark the monarch’s official birthday.

If her saluting duties at the Trooping the Colour have not been delegated, they may go to her eldest son, the Prince of Wales, Charles.