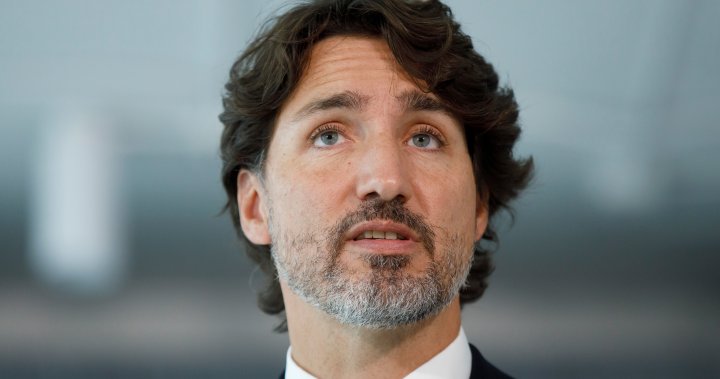 Prime Minister Justin Trudeau says action needs to be taken immediately to preserve any chance Canadians will be able to gather over the holidays, “even in a restrained way,” as daily counts of new COVID-19 cases have spiked in Canada since Nov. 7.

He also said that he’s made it clear to provincial governments that Ottawa is there to “encourage them to make those difficult decisions to shut things down now so things don’t get too bad in the coming months.”

Still, in an interview Friday morning, Trudeau told Global News that, as he said in September, “we still have a shot at Christmas.” However, time is running out.

“It depends on what people do right now. We’re seeing those numbers spike in the wrong direction and if people act now, we can stop that,” he said on The Morning Show with Devon Peacock on Global News Radio 980 CFPL in London, Ont.

“It’s going to get a little worse, at the very least, before it gets better. But then it can start trending better pretty quickly after that in the coming weeks. But it means that people need to realize: now is the time to act.

“If you want to gather with your loved ones at Christmas, even in a restrained way, we’re going to have to make sure that we change the trend lines on this COVID crisis right now.”

Trudeau was also asked what his message was when he met with the premiers on Thursday.

“We’re there to support provinces as they move through different phases, into getting more PPE, as we look towards a vaccine.”

“The federal government will continue to be there to support them and encourage them to make those difficult decisions to shut things down now so things don’t get too bad in the coming months.”

Read more:
What is a coronavirus ‘circuit-breaker?’ A pivot in strategy with pros and cons

Coronavirus cases have been climbing as the country makes its way through the second wave, but unlike the spring, which saw the majority of cases in Ontario, Quebec, and B.C., cases are now rising across Canada including in the Prairies and smaller communities as well.

The entire province of Manitoba moved into level red, or critical, on Thursday with renewed restrictions aimed at curbing the surging coronavirus second wave.

In Saskatchewan, more public health measures are expected to be announced on Friday morning after that province broke its record number of coronavirus hospitalizations for the fourth day in a row on Thursday.

Targeted restrictions were announced for some Alberta regions in hopes of bringing a spike in COVID-19 cases under control.