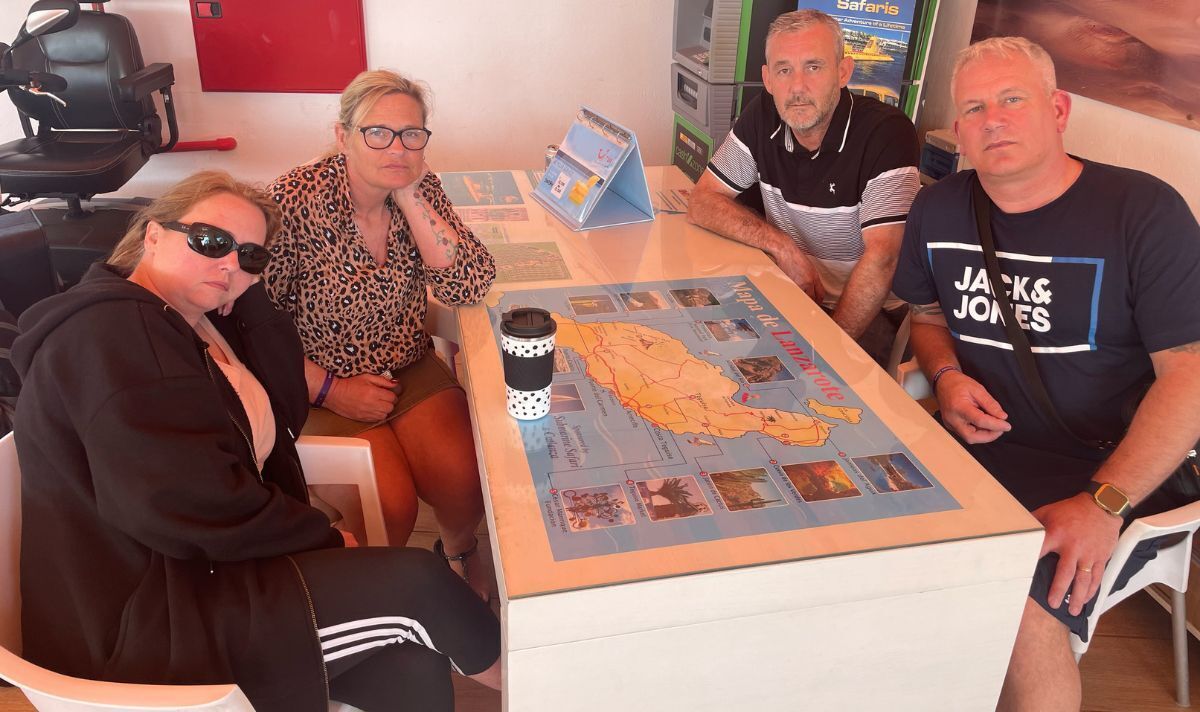 A group of friends claim their TUI holiday soon became a nightmare when they came down with suspected food poisoning.

Kazimierz Kurowski and Nicola Kurowska, along with friends John and Joann Williams, had paid £3,000 for an all-inclusive trip to Lanzarote to celebrate the New Year.

However, days after arriving at the Hotel Rio Playa Blanca, the group claims to have been struck down with suspected food poisoning.

Kazimierz, from Wallsend, North Tyneside, told Chronicle Live: “We flew in and we were all-inclusive, so went to the restaurant and all came down with food poisoning.

“John was sick for 15 hours with sickness and diarrhoea. I have never been ill like it in my life for more than a day and a half.”

The claims come after 83 holidaymakers were awarded £232,000 after claiming they had fallen ill due to the food while staying at the four-star hotel, also known as the Holiday Village resort, in 2019.

Guests complained of poor hygiene standards at the hotel and sued travel agency TUI for compensation.

Kazimierz claims the standard of the food was not up to scratch.

He added: “The hygiene was disgusting and the food was lukewarm.

“On the first day, I got a fried egg, which I normally like quite runny but this was snotty and cold on the plate. It was stone cold.”

Kazimierz said they were planning to attend a New Year’s Eve gala party but were unable to go because they were unwell.

He added: “We came here to celebrate New Year and ended up lying in bed ill.”

The group flew back to the UK on New Year’s Day and say they are going to visit the doctor for tests.

Kazimierz said: “My wife was feeling unwell still when we got home and had to go to Cramlington Accident and Emergency. They sent her home saying she had food poisoning.

“We are both hoping to go to the doctor for tests this week.”

The Holiday Village, also known as the Rio Playa Blanca hotel, is described as having all the essentials rolled into one pristine package, and a “win-win for families” on TUI’s website.

It has three restaurants and three bars under the All Inclusive banner.

Plus, it is only a 10-minute walk from the beach – a sandy sweep that was made for flaking out on.

TUI said that since November 2022, only a small number of TUI customers reported illness at the hotel, and the hotel has undertaken a full hygiene check with an external company, no major issues raised.

A TUI spokeswoman said: “We are really concerned to hear about this family’s experience, and we’d like to reassure customers that situations like this are extremely rare.

“We are now investigating with the hotel as we have very few reports of TUI customers being ill.

“A full external audit has also taken place, with no major concerns raised.

“As the family booked through a third party travel agent, we have been in touch with them to explain how to process the group’s complaint.”