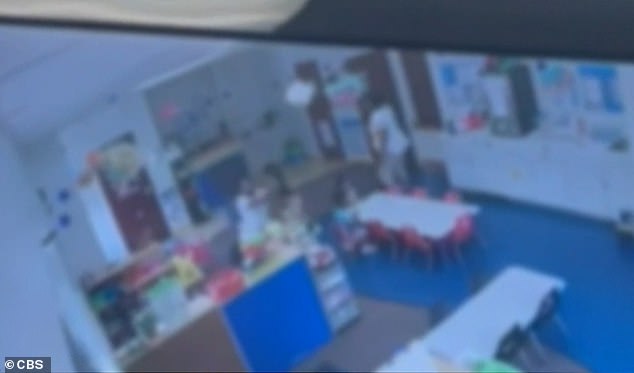 Two women are being sought over a horrific attack on a three year-old boy that took place at the Georgia Baptist church daycare center where the pair work.

According to the Clarkston Police Department, Bernetta Glover and Autumn Coney are currently charged with child cruelty in the first degree over an incident that occurred at the Clarkston First Baptist Academy on July 6, 2022.

Krystin Collier told Atlanta ABC affiliate WSB-TV that her 3-year-old son came home from daycare on the day in question suffering from a swollen jaw and that he was clearly upset.

One part of the clip shows her son being lifted up by one of the two abusers, to shoulder height, before being slung to the floor.

A second clip shows Collier’s son being abused further as he goes to talk past one of his teachers.

She can then be seen pulling the youngster up – Collier claims by one of his ponytails, and his shirt collar.

In this grab from the abuse video, a teacher dressed in white in the center of the frame can be seen picking up Krystin Collier’s son, who is wearing a black top and white pants

The youngster remains in the air for a few seconds, with Collier alleging that the woman who was holding him body-slammed her son to one side of her frame, then the other side.

Collier said the video made her physically-sick when she watched it for the first time.

‘This day, he was very, very emotional, standoffish,’ she further told Atlanta CBS affiliate WGCL. ‘He was missing a shoe; he was very disheveled.’

Eventually, the concerned mother demanded video footage of what occurred that day. What she saw shocked and enraged her.

‘I’m very disgusted, very disappointed, because this is a church day care,’ Collier told WSB. ‘I trusted these people with my child.’ 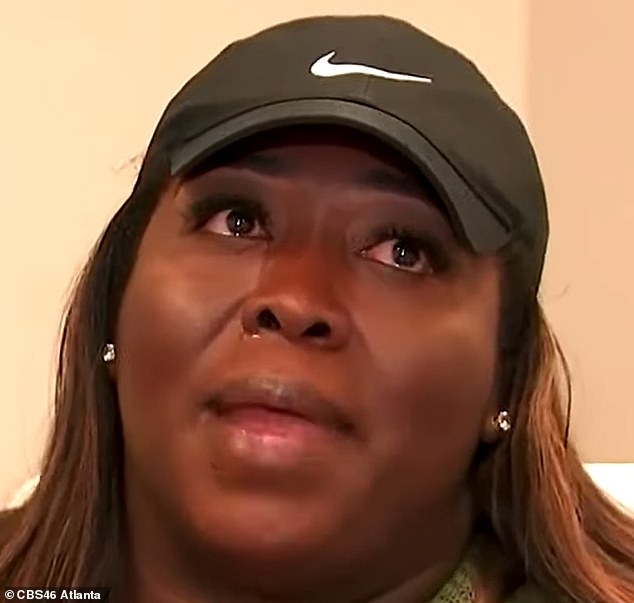 Collier, pictured, called the police on seeing the attack on her son, which left him suffering a swollen jaw and serious anxiety

The boy was immediately pulled from the day care, and some of the footage was shared with WSB.

In one video, an adult ‘appears to pick the child up by the arms and then by his shirt and throw him down,’ the TV station reported.

‘One of the teachers picks up my son from one side of her body and slams him to the other side of her body, I guess to get him to settle down,’ Collier told WSB-TV reporter Audrey Washington.

An attorney for the mother said there is at least one additional video showing another member of the staff interacting with the young boy. 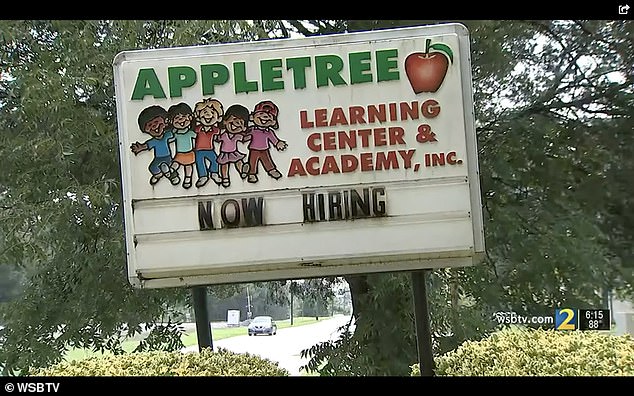 The daycare center where the attack happened, pictured above, is now being investigated, with a warrant put out for the two alleged abusers 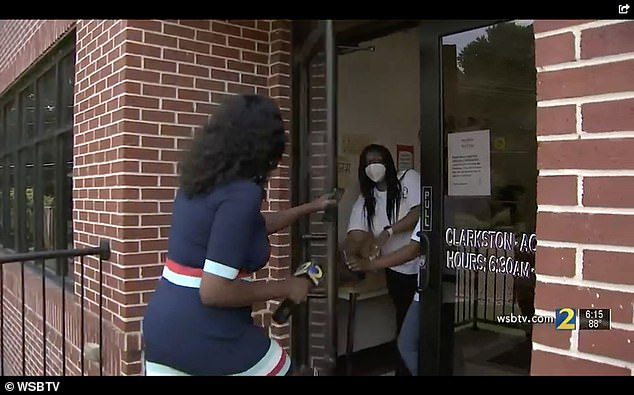 Details from court documents purport to detail that additional abuse.

According to a police report obtained by The Atlanta Journal Constitution, the child’s grandmother picked him up from the daycare and was the first to notice something wasn’t right because the child was ‘visibly upset’ and ‘did not seem like himself.’ The grandmother then asked to talk to a teacher but that didn’t go anywhere because she said she was worried that the teacher ‘was going to fight with her,’ Atlanta Fox affiliate WAGA reported.

Collier herself noticed bruises on her son’s arm, and the video request was made. The family says the church first tried to downplay what transpired; one supervisor allegedly said the footage didn’t show anything ‘unacceptable.’ The family vehemently disagreed.

The abuse occurred repeatedly over the course of three hours, according to police.

‘I feel so bad for him, and this is the first time that he’s ever been in daycare,’ she continued. ‘This is a church. This is a church, and I trusted the church.’

According to DeKalb County Jail records reviewed by Law&Crime, neither woman charged in connection with the incident had been arrested as of this writing.