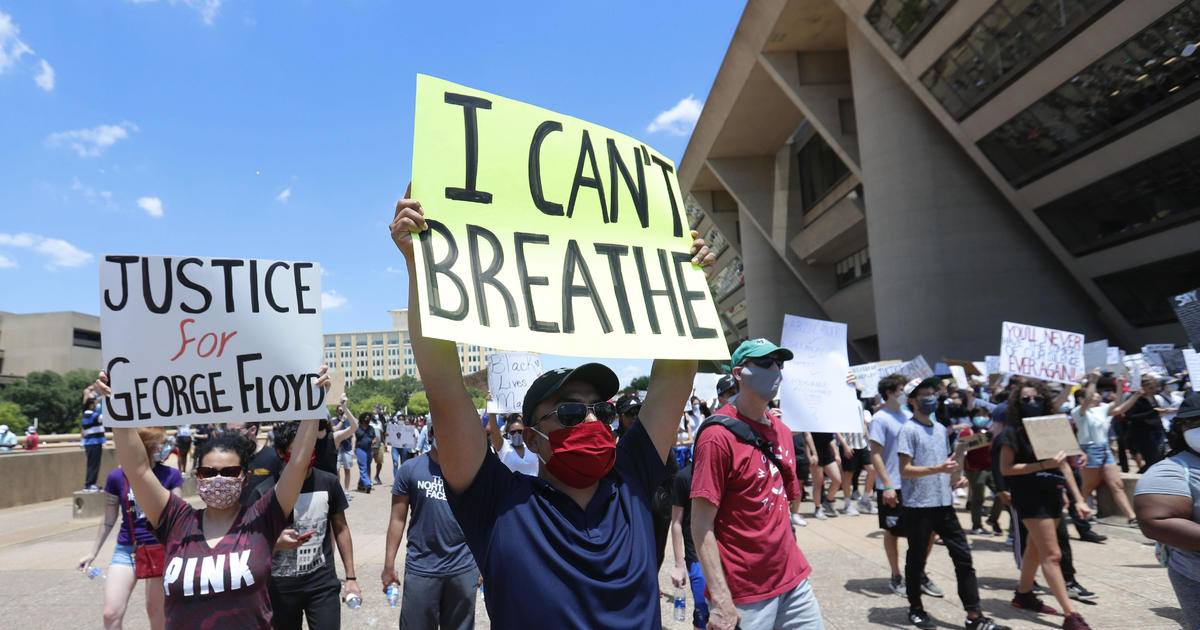 The Dallas District Attorney’s Office issued arrest warrants Wednesday for two police officers who allegedly injured people during the 2020 protests against police brutality. The officers were expected to turn themselves in to the Dallas County Sheriff’s Department, according to police.

Senior Corporal Ryan Mabry is charged with three counts of aggravated assault with a deadly weapon by a public servant, which is a first-degree felony, and three counts of official oppression. The officer is accused of shooting three people at the May 30, 2020, protests with a 40-millimeter launcher, which is referred to as “less lethal” ammunition, according to the District Attorney’s Office. One of the victims lost an eye when he was shot.

Senior Corporal Melvin Williams is facing two charges of aggravated assault with a deadly weapon by a public servant, and four official oppression charges, which are classified as Class A misdemeanors. Williams allegedly shot three people with 40-millimeter launchers during the 2020 protests. The fourth official oppression charge stems from an alleged assault in July 2021.

The Dallas Police Department fired Williams last month “for violating the department’s use of force policy on a separate incident.” Mabry has been placed on administrative leave amid an internal affairs investigation.

According to the District Attorney’s Office, the Dallas Police Department’s protocol at the time of the incidents required officers who shot rounds of ammunition to collect the fired projectile if possible, get medical help for the person struck, notify a supervisor on the scene and conduct a report of the incident. The office said “none of these steps were taken.”

“From everything we have, we believe this activity is illegal and unjustified,” Creuzot said on January 5.

Following the protests for George Floyd — a Black man killed by a White police officer in 2020 — the Dallas Police Department released a “critical self-analysis” that reviewed its “errors, miscalculations, and shortcomings” in handling the protests, according to CBS DFW.

The city’s Mayor Pro Tem Adam McGough at the time said he was “deeply concerned” about the “inexplicable use of excessive force” by police officers and called for an investigation, CBS DFW reported.

Tori B. Powell is a breaking news reporter at CBS News. Reach her at tori.powell@viacomcbs.com