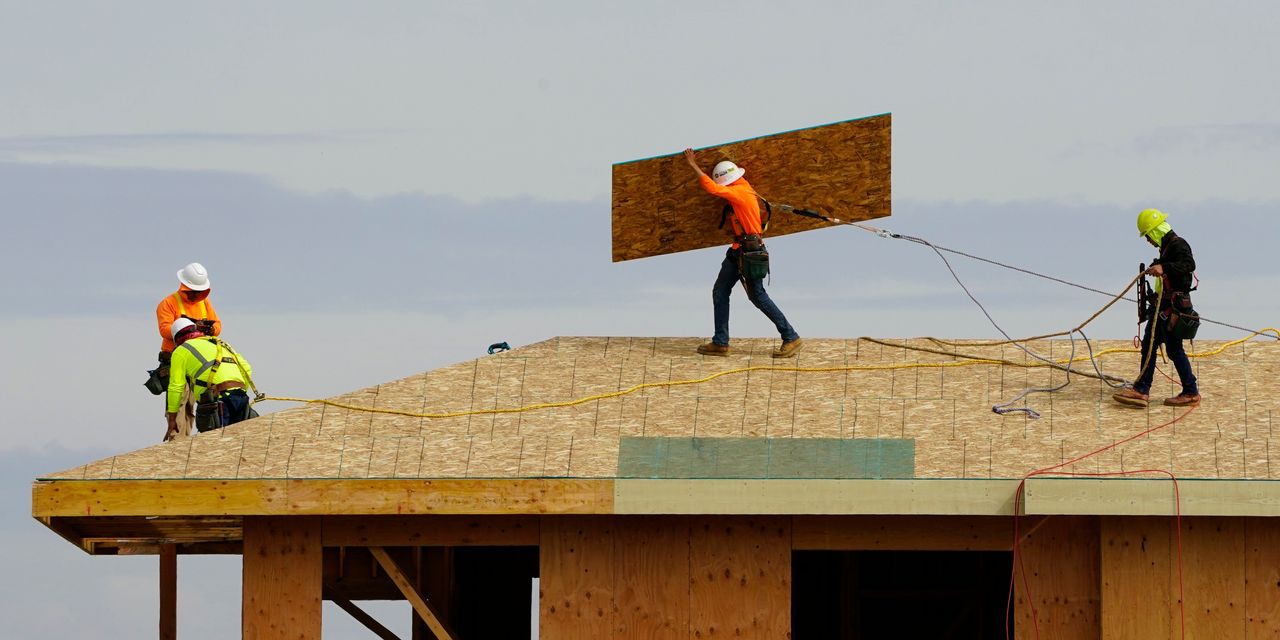 The U.S. economy added jobs at a solid pace in May, extending the labor market’s long stretch of gains.

Employers added 390,000 last month, the Labor Department said Friday. That was the slowest pace of growth since April of last year, a 12-month period that saw job gains average 552,000 a month.

Still, the May total was well above the average number of new jobs created in the 12 months to February 2020, when the Covid-19 pandemic became widespread in the U.S.

The unemployment rate remained at 3.6%, slightly above where it stood before the pandemic became widespread in the U.S. in February 2020.

Payrolls grew the most in leisure and hospitality in May, reflecting a shift in consumer demand from goods to services as pandemic restrictions fade. Professional, business services, transportation and warehousing businesses also posted solid gains.

The labor force participation rate, which measures the share of the population working or looking for work ticked up to 62.3% from 62.2% in April, a sign that plentiful jobs and higher wages are slowly drawing people back to work.

The job market is coming off an exceptional stretch in which demand vastly exceeded the supply of available workers.

Employers added more than 400,000 jobs a month for 12 consecutive months, the longest period of such strong employment growth in records dating back to 1939. Competition for workers amid a severe labor shortage has driven up annual wage increases above 5% every month of this year. By contrast, wage gains averaged 3.2% in the 12 months to February 2020.

Now there are signs that the labor market is moving toward a new equilibrium.

There were 11.4 million job openings in April, the Labor Department reported Wednesday—a historically high number but down from 11.9 million in March. The number of job openings per unemployed worker dipped slightly to 1.9 in April from 2 in March.

A survey of manufacturers also released Wednesday found that employment in U.S. factories contracted slightly in May, snapping eight months of growth. But respondents indicated they still planned to expand their workforces, an indication that labor demand remains healthy.

A Federal Reserve survey released Wednesday reported that labor-market tightness had started to ease, allowing wage increases to level off.

What’s your outlook on the U.S. economy? Join the conversation below.

“We’re still seeing improvements in the labor market. We’re still putting people who were unemployed over the pandemic back to work. But it’s more sustainable over the long run,” said

chief economist at the

founder and chief executive of Midwestern Interactive, a tech company in Joplin, Mo., said he had boosted pay packages by 30% to 40% over the past two years to recruit talent.

Now, though, the industry has hit a slowdown, with major employers such as

“I do believe we’re going to see things start to plateau within the next 12 to 18 months,” he said.

Economists point to three main reasons why labor-market pressure is starting to ease.

First, the short supply of workers is constraining growth and causing businesses to scale down their expansion plans. A wave of retirements and resignations early in the pandemic has left employers scrambling to fill open jobs.

Many restaurants, for instance, say they will cut back service hours during the busy summer season for lack of staff, according to the Fed survey.

The allure of higher pay and rising consumer prices have drawn some people back to work over the past few months, which has eased pressure on wages somewhat. But millions are still on the sidelines, and it isn’t known when or whether they will re-enter the labor force.

“The focus is increasingly going to be on labor supply,” said

chief economist at EY-Parthenon, a consulting firm. “We need to see a stronger rebound of labor supply, and that comes via labor-force participation.”

The labor-force participation rate, which measures the share of adults working or looking for work, is still well below where it was before the pandemic. It stood at 62.2% in April, down from 63.4% in February 2020.

Second, the Federal Reserve is pursuing an aggressive path of interest-rate increases to curb inflation that has slowed growth in some sectors of the economy.

Fed officials have moved up their benchmark rate by three-quarters of a percentage point over two meetings this year and have penciled in another percentage-point increase over the next two meetings. That has pushed up borrowing costs, particularly in the housing sector, where the average 30-year mortgage rate is now above 5%, up from around 3% a year ago, according to housing lender

Home sales have fallen in response. Existing-home sales were down 5.9% in April from the previous year, according to the National Association of Realtors.

Finally, historically high levels of inflation could lead consumers to pull back on spending, which would slow growth. A measure of consumer sentiment published by the University of Michigan fell in May to its lowest level in more than a decade on inflation concerns.

For now, economists say there are few signs that a slowing labor market will lead to a recession soon. Consumer expenditures, which represent about two-thirds of the U.S. economy, grew at a seasonally adjusted annual rate of 0.9% in April, a sign that households are still willing to spend thanks to higher wages and pent-up savings accumulated earlier in the pandemic.

“I think there’s a 100% or a 99% chance of a slowdown, but a recession is not necessarily in the cards,” said Mr. Daco. “We don’t have the usual signals of an impending recession.”

Fed officials will likely welcome a slowdown as they attempt to wrestle inflation down. Officials are betting that the labor market is strong enough that higher interest rates won’t cause a damaging wave of layoffs.

said in a May 17 interview with The Wall Street Journal that he was confident the Fed could pull it off.

“There are pathways for us to be able to moderate demand, get demand and supply back in alignment, and get inflation back down while also having a strong labor market,” he said. “You’d still have quite a strong labor market if unemployment were to move up a few ticks.”

Write to David Harrison at david.harrison@wsj.com