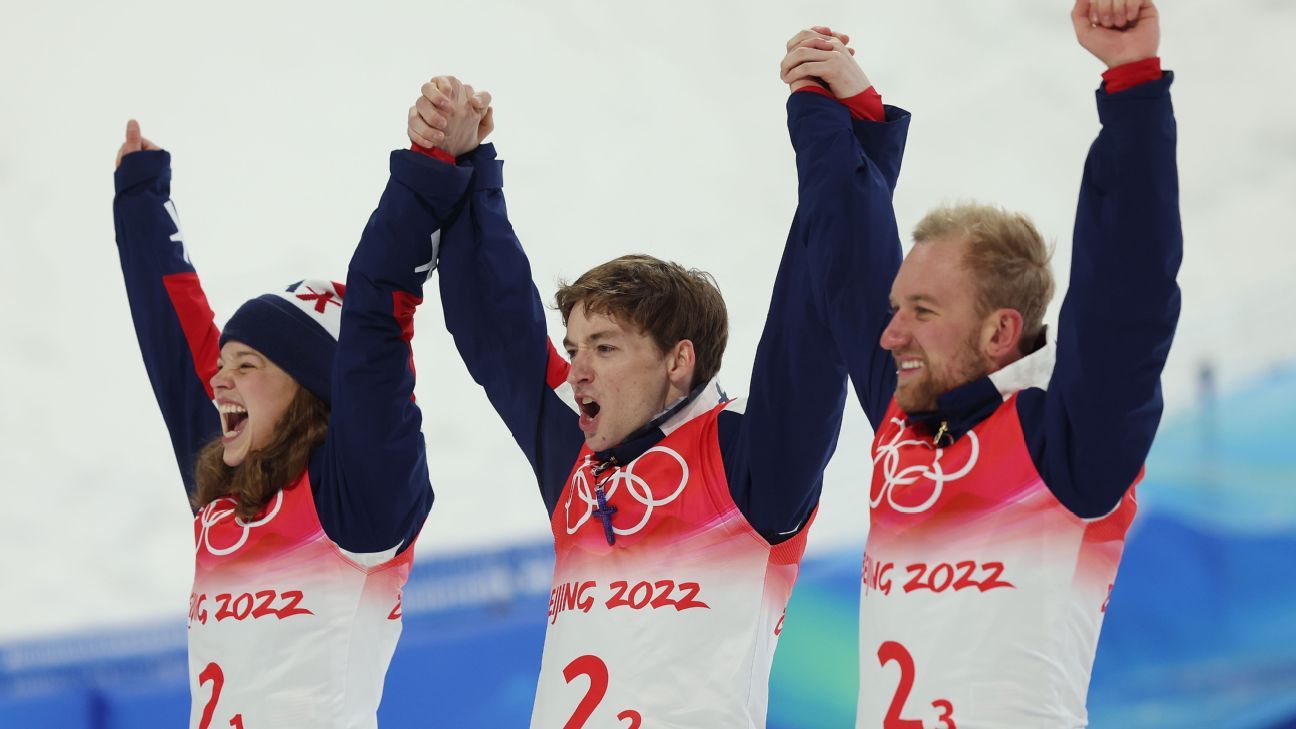 The Americans have won gold in the Olympics’ first mixed team aerials event, giving the U.S. its first medals in the freestyle skiing discipline in a dozen years.

“This has been a three-year process for us, for me getting ready for this Olympic Games and being able to throw those quintuple twisting triples,” Lillis said. “I was just happy to get the opportunity to throw one and to put it down.”

The 28-year-old Caldwell, a 2017 world champion, is in her fourth Olympics but has never finished higher than 10th. She and the 23-year-old Schoenefeld have been dating for about three years.

“I’ve been in the hunt for a gold medal my entire career,” Caldwell said. “To do it with these guys is incredible. Chris has been like a brother to me forever, and Justin is the love of my life, so that really helps.”

Two-time medalist Jia Zongyang cost China a chance at gold when he flipped forward on his landing, and the host country settled for silver. Canada won bronze.

The U.S. hadn’t medaled in aerials since 2010, when Jeret “Speedy” Peterson won silver in the men’s event. The last Americans to win gold were Eric Bergoust and Nikki Stone in 1998.

The mixed team event made its debut at these Games. Each country gets three jumpers and can’t use more than two per gender. All six countries in the finals went with two men and one woman.