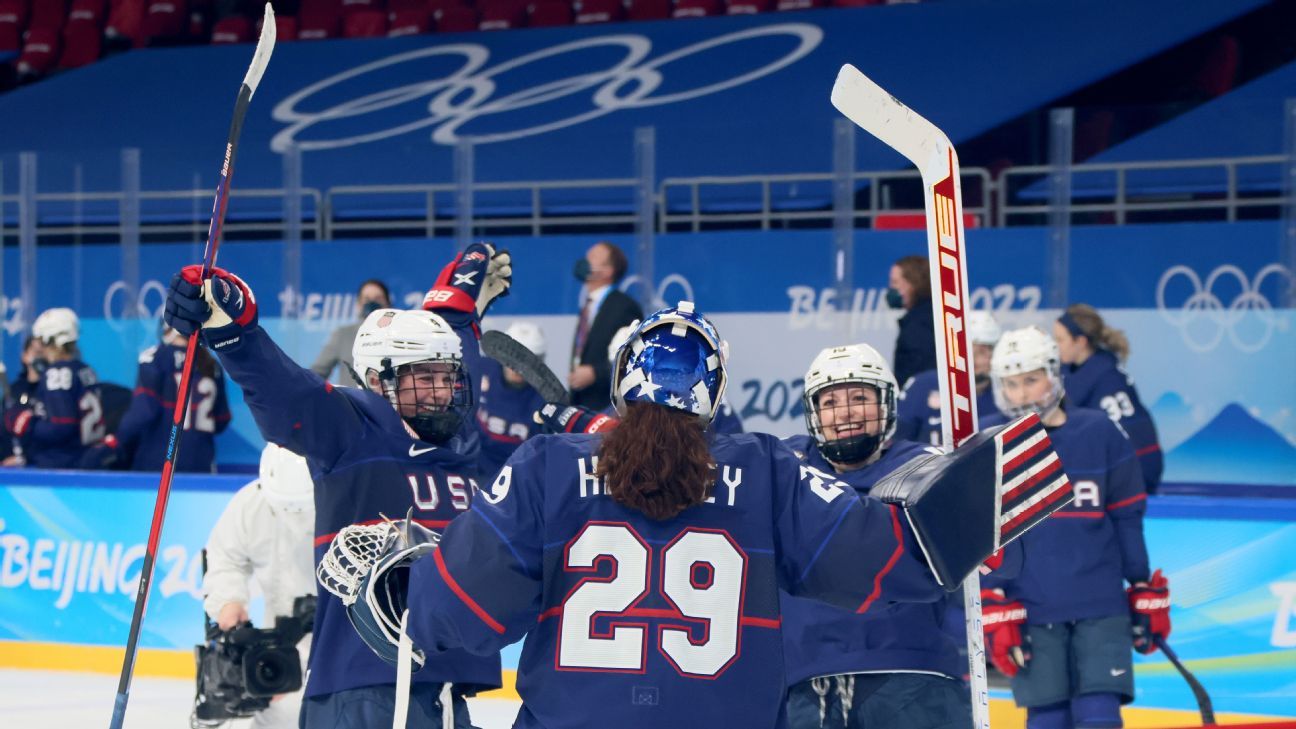 Team USA moved to 2-0 in the Beijing Olympic women’s hockey tournament after a dominant 5-0 win against the Russian Olympic Committee on Saturday.

Defender Savannah Harmon had a goal and two assists. Forward Hilary Knight added a goal and an assist, moving past Hockey Hall of Famer Cammi Granato into fourth place on the career Olympic scoring list for the U.S. She now has 20 career points. Knight is now three points behind Katie King-Crowley for third all-time.

It was Team USA’s first game without star forward Brianna Decker, who is out for the tournament with a leg injury. She was stretched off the ice in their tournament-opening win against Finland on Thursday.

The U.S. faces Switzerland on Sunday before their highly anticipated showdown with archrival Canada on Tuesday.

For the second straight game, the Americans held a gigantic shot advantage over their opponents. They outshot ROC 62-12, and have now outshot their opponents 114-24.

The U.S. broke through 12:29 into the game as Knight sent a near no-look pass to Harmon for the 1-0 lead. Critically, the goal came in the power play, where the U.S. national team struggled mightily in last year’s world championships, going just 3-for-25. The Americans have now scored power-play goals in both of their Olympic preliminary games.

The U.S. held a shot advantage through the first two periods, outshooting ROC 36-6 after 40 minutes. But the margin remained just one goal before Knight’s goal 8:51 into the second period gave Team USA some critical breathing room and a 2-0 lead. She deflected a point shot from Harmon.

“Whenever you can make it messy in front, put pucks on net, you get an opportunity to score,” said Knight after the second period. “We’re not getting the puck that we’d like, but you have to just keep shooting.”

ROC goalie Maria Sorokina kept her team in the game until the third period, when the Americans opened the flood gates with three goals in a span of 4:47. Grace Zumwinkle, Jesse Compher and Alex Carpenter all scored at even strength to build a 5-0 lead. Sorokina exited the game after Carpenter’s goal, her third of the tournament so far.

“We were working well as a team, but it didn’t really come until the third period,” said Compher after the game.

While she wasn’t tested much, Nicole Hensley played well in goal for the U.S. after Maddie Rooney played in their victory against Finland. USA and Canada are now both 2-0 in their group, but Canada has a plus-21 goal differential to the Americans’ plus-8.