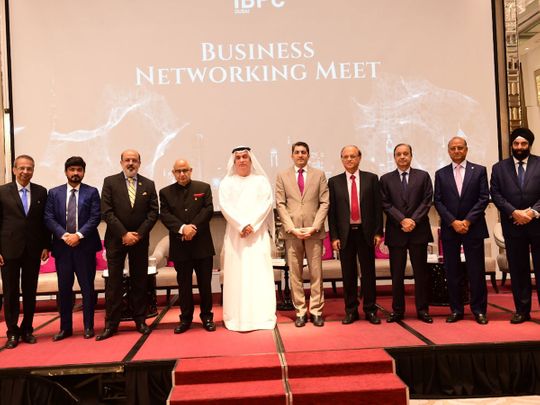 Dubai: The Indian Business and Professional Council (IBPC) in Dubai has welcomed the UAE Ambassador to India, Dr Ahmed Al Banna, and Consul General of India in Dubai, Dr. Aman Puri, as the organisation’s new patrons.

IBPC also formally inducted four new governors and renewed the terms of the incumbent governors for three additional years, the council said in a press release.

Dr Al Banna spoke of IBPC as a platform and catalyst of India-UAE business growth. “As India prepares to become a $5-trillion economy [Dh18.3 trillion], the UAE’s growth, and Dubai’s in particular, will be strongly aligned because of the strategic relationship between the two nations,” he said.

Dr Puri encouraged IBPC to play a stellar role for benefiting the UAE and India trade relations and working together with the Indian community in the UAE.

He stated that IBPC’s recent Community Social Responsibility (CSR) initiatives were well-appreciated and thanked them for their support to the Indian community throughout the pandemic. “IBPC has regained very strong momentum over the last few years and is on track for the growth of trade and investment flows between India and the UAE,” he said.

Suresh Kumar stated that the strong momentum in investment flow will reinforce and underline IBPC’s contribution as a crucial catalyst.

The newly inducted governors also spoke on the occasion and pledged their support in governance terms and the orderly growth of the institution.

Dilip Sinha, secretary general of IBPC and vice-president of NVent Inc for ME and India, announced that IBPC welcomes memberships from Emirati companies and professionals and also companies in India wanting to do business in the UAE.

Established in 2003, IBPC Dubai is one of the oldest and largest representative organisations of Indian businessmen and professionals in the UAE. IBPC is also the only Indian business council recognised by the Dubai Chamber of Commerce and Industry.