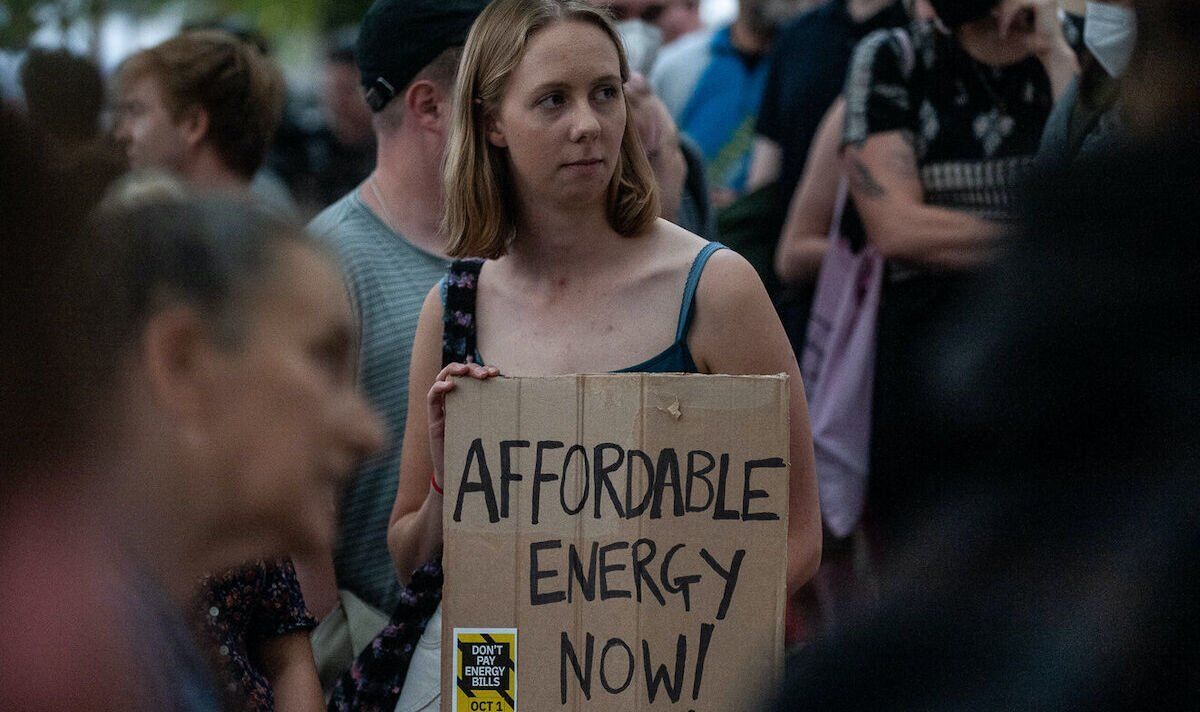 The latest price cap announcement from Ofgem means energy firms are free to raise their annual prices to £3,549 from October 1. The decision marks an increase of 80 percent, £1,578, on the current rate of £1,971 a year as firms battle rising wholesale costs caused by the war in Ukraine. But data shows the UK is uniquely impacted by this, despite effects rippling across the continent.

Why is the UK paying more for energy than the rest of Europe?

Figures from July show Britons are paying more for gas and electricity than continental Europeans.

The Household Energy Price Index (HEPI), which measures prices across the continent, estimates average electricity prices of around €29 (£25.07) per kilowatt per hour (kWh) and gas prices of just over €14 (£12.10) kWh.

People living in the UK are paying far above the average for electricity and slightly above for gas, the HEPI shows.

Britons pay the second highest rates on the continent for electricity, just behind the Czech Republic.

The disparity between the highest and lowest paying countries comes from dependence.

The UK is among the nations most dependent on imports, primarily from Russia.

Norway is a prime oil producer, keeping prices low locally but raising them elsewhere, such as the UK, as it holds on to supplies for the winter.

Maltese authorities have said their energy networks are not dependent on Russia.

Switzerland gets most of its oil from Africa, Mexico and the US, keeping its prices away from the influence of war in Ukraine.

But when it comes to gas, Switzerland is not paying much less than the UK due to a reliance on Russian supplies.

The country receives approximately 47.1 percent of its gas from the Russian Federation, meaning households pay roughly €10.81 (£9.37) per kWh.