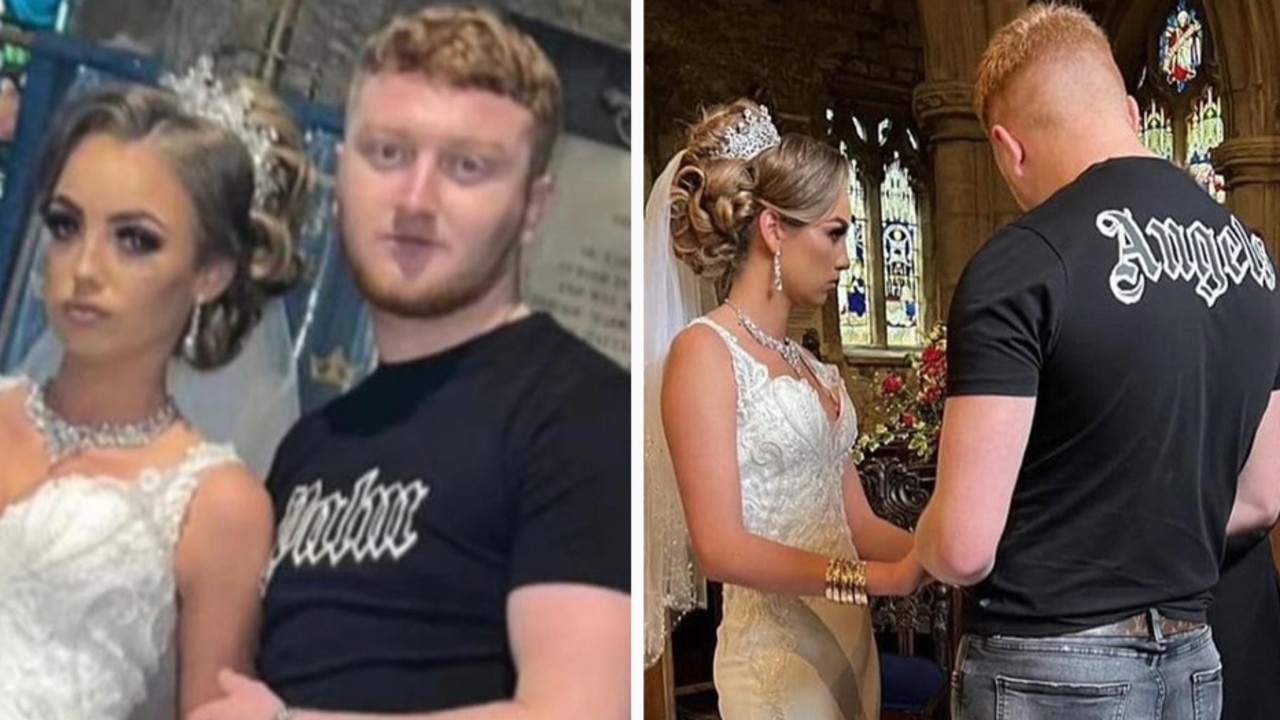 A groom who tied the knot in a very casual outfit – while his bride wore a flowing lace gown – has been criticised and labelled “lazy”.

A UK groom is being lambasted mercilessly online for showing up to his own nuptials in a T-shirt and faded jeans — while his bride has gone all out, wearing a fancy wedding dress complete with a flowing lace train.

A clip of his fashion faux pas has racked up more than 1.8 million views on TikTok after being shared by the bride’s best friend, user @violetprice16x on Sunday.

In the now-viral footage, Price’s “best friend” Catherine Nicholson, who is just 16, can be seen standing at the altar while dressed up in a traditional white gown and glittering tiara.

By contrast, her husband-to-be, who isn’t named, sports dirty sneakers, washed-out jeans and a black T-shirt emblazoned with the logo “Palm Angels” for the occasion.

It’s worth noting that these tees from designer Francesco Ragazzi’s hipster streetwear brand hover in the $390 to $555 price range, and they sell at upscale stores such as Saks Fifth Avenue, the NY Post reports.

However, TikTok fashion critics were not impressed — and quickly bashed Nicholson’s groom for dressing like a “slob” on their big day.

“Did he not know he was getting married?” wondered one commenter.

Another outraged social media fashionista fumed, “That is sad look how beautiful she looks he couldn’t even be bothered changing from the night before.”

Others claimed the groom’s lack of effort was “lazy” and a sign of how he’s going to behave in the relationship.

“This is disrespectful and she just settle for that… sad,” one reasoned.

“His outfit shows he ain’t serious,” another speculated.

Despite the tsunami of backlash, Violet stood by her best friend’s new husband, fuming in the comments: “For god sake stop she’s married & very happy. She’s not bothered wat way he dressed she’s married & that’s all that matters.”