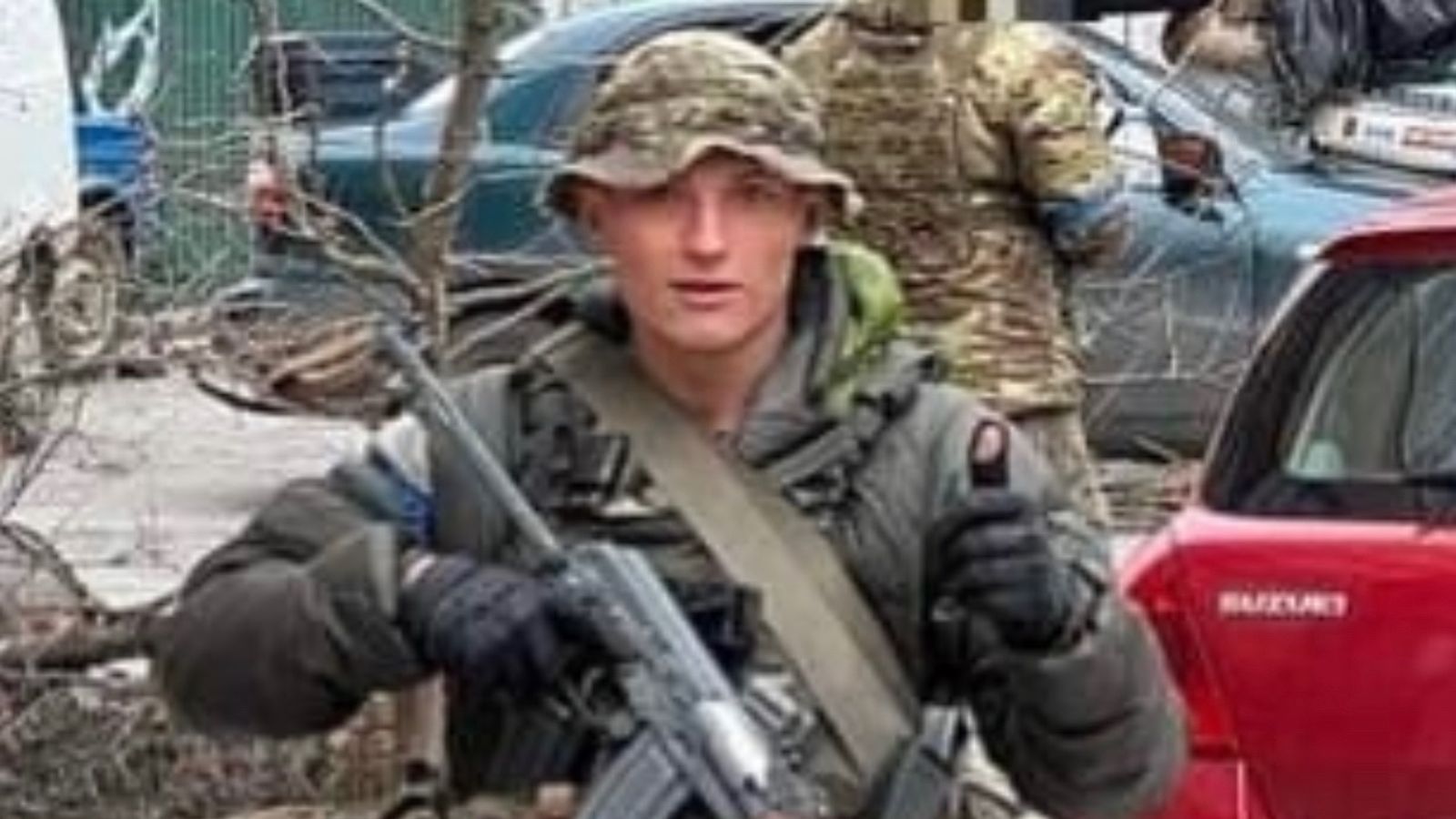 A former British soldier has died fighting Russian forces in the Ukrainian city of Severodonetsk, his family have said.

Jordan Gatley, 24, left the British Army in March “to continue his career as a soldier in other areas” and flew to Ukraine soon after to help fend off Russian forces and train Ukrainian soldiers.

Announcing the news on Facebook, his father Dean wrote: “Yesterday (10/06/22) we received the devastating news that our son, Jordan, has been shot and killed in the city of Severodonetsk, Ukraine.”

The Foreign Commonwealth and Development Office confirmed it is “supporting the family of a British man who has died in Ukraine”.

His father added: “His team say they all loved him, as did we, and he made a massive difference to many peoples lives, not only soldiering, but also by training the Ukrainian forces.

“Jordan and his team were so proud of the work they were doing and he often told me that the missions they were going on were dangerous, but necessary.

“He loved his job and we are so proud of him. He truly was a hero and will forever be in our hearts.”

Mr Gatley’s post, written late on Saturday, has been met with hundreds of messages of condolence.

He posted on Twitter: “It takes a lot of courage to leave home and go thousand miles to defend what you believe in.

“Just because the heart says so. Because you can’t stand the evil.

“Jordan Gatley was a true hero. We will always remember his contribution to the protection of Ukraine and the free world.”

Will Murray, who was in the 3rd Battalion The Rifles with Jordan, told Sky News: “Jordan was a really good lad. He took his job very seriously and was very professional.”

Mr Murray said they were not deployed into a conflict during the time they served together, but as he left The Rifles in 2020 it was possible that Jordan could have been on such a deployment between then and March of last year.

“I was surprised [he went out to Ukraine]. I didn’t think he would. But like I said he took it very seriously,” added Mr Murray.

Another person who served with Jordan in the 3rd Battalion The Rifles, Billyjoe Powers, told Sky News: “When I got into the army, Gatley was already there as a Lance Corporal. He always put you first, he was a top lad. In the field he was perfect, always looking out for others. Top lad.

“He always had a smile on his face.”

Responding to the news of his death, he added: “I couldn’t even believe it. I didn’t know he had gone out there until I saw the RIPs.”

Second Briton to die in Ukraine since war began

His son is the second Briton to have been confirmed dead in Ukraine during the war.

Scott Sibley, 36, died in late April and was also a former member of the British Armed forces.

The city of Severodonetsk has become the main focus of the Russian offensive in recent weeks.

It is one of the last areas in the occupied eastern Luhansk region that is still under Ukrainian control.

On Sunday the Ministry of Defence (MoD) posted in its latest intelligence update that “Russia is using its overmatch in force ratio and artillery to gradually seize territory in and around Severodonetsk”.