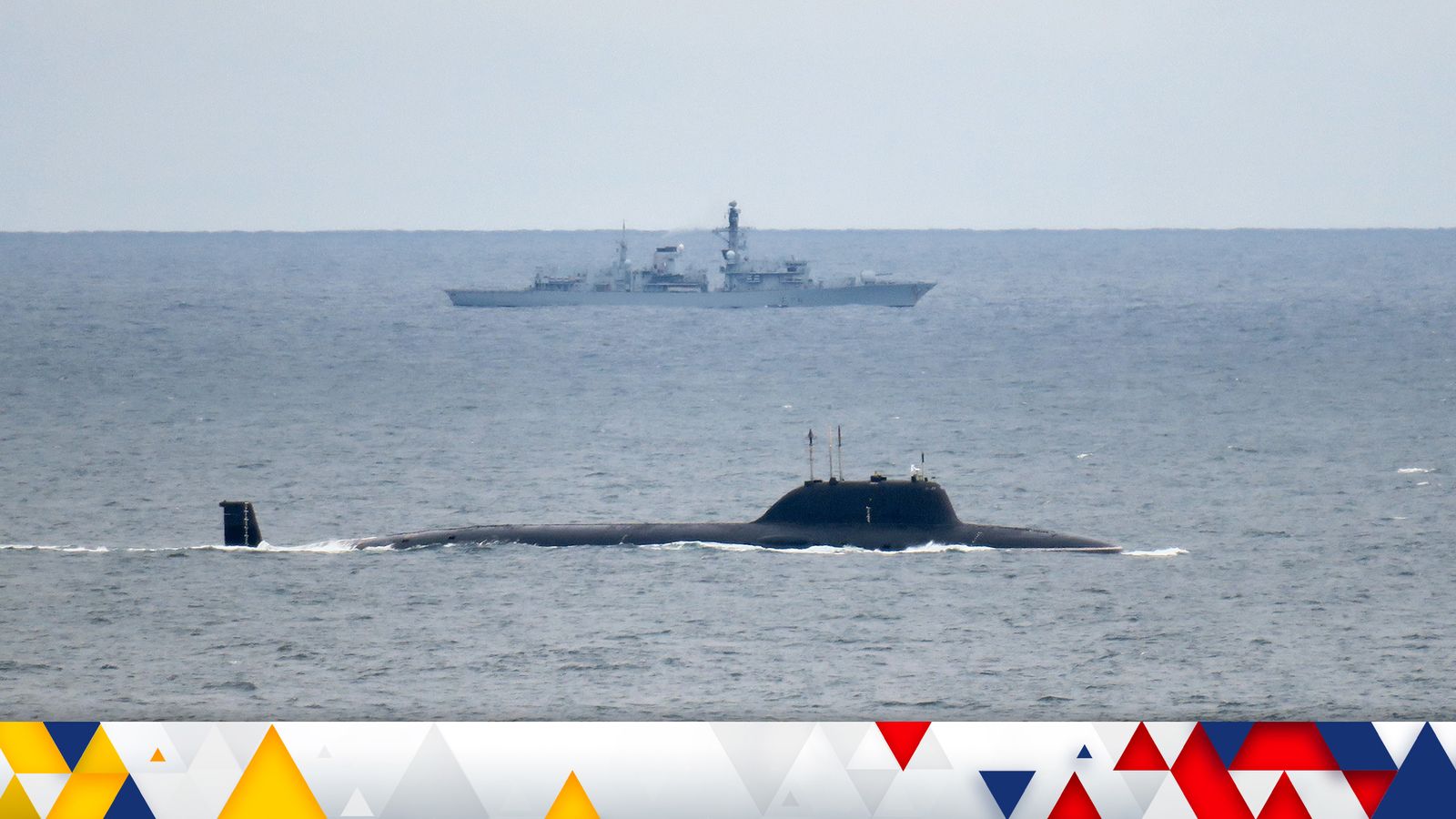 Two Russian submarines have been tracked by a Royal Navy warship in the North Sea, it has been revealed.

The British submarine hunter HMS Portland, equipped with sonars and torpedoes, shadowed the submarines after they surfaced separately northwest of Bergen, Norway.

A Navy spokesman said the pair – cruise missile submarine Severodvinsk and Akula-class attack submarine Vepr – were tracked as they made their underwater journey south along the coast.

He said they “reported on the movements” of the Russian Northern Fleet vessels along with one of the RAF’s new long-range maritime patrol aircraft, the P8 Poseidon.

The Type 23 frigate shadowed the submarines as they surfaced separately, before NATO and Baltic forces took over tracking duties as they continued to St Petersburg for Russian Navy Day celebrations on 31 July.

HMS Portland’s commanding officer, Commander Tim Leeder, said such operations play a “strategically crucial role” and added the “cohesiveness of Royal Navy, RAF and our allies’ capabilities” ensured “we are capable of conducting and sustaining these types of anti-submarine operations in the North Atlantic”.

Royal Navy sailors are currently training Ukraine‘s navy in the operation of two Sandown-class minehunters, which are set to be sold to Kyiv.

The ministers spoke with trainees and the Royal Navy instructors, observing them practising key skills at sea, such as weapon drills and damage control, while learning to operate the machinery on the vessels.

Mr Heappey said: “The intensity with which the Ukrainian soldiers and sailors are training is something to behold.

“They work with the focus of troops who know they’ll be fighting in a war in just a few short weeks’ time.

“Delivering training that matches that intensity and focus is not straightforward.

“The Royal Navy and the British Army are working long hours and drawing on all their operational experience to make sure their new Ukrainian friends are sent into combat with the best chance of victory.”

The Sandown-class minehunters, which were introduced into the Royal Navy in the late 80s, specialise in finding and neutralising mines in deep waters.

The programme is part of training being provided by 1,000 UK service personnel at military sites around the country aimed at preparing volunteer recruits with the skills for frontline combat.