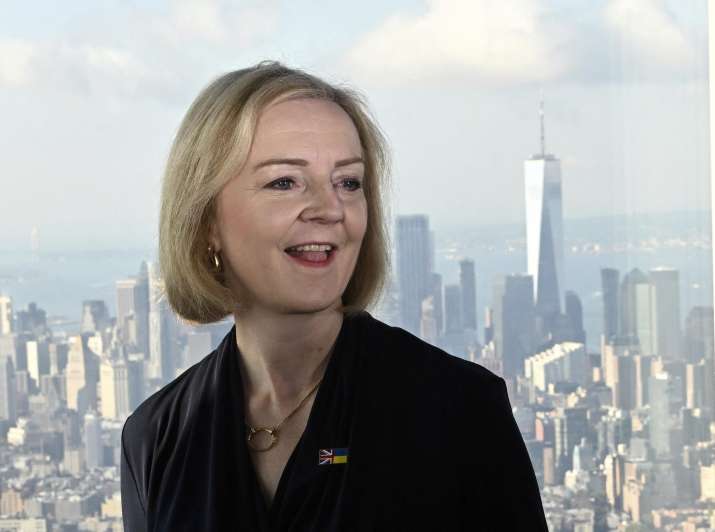 UK Prime Minister Liz Truss said Tuesday that she’s ready to make “unpopular decisions” such as boosting bonuses for wealthy bankers in order to get the country’s sluggish economy growing. Speaking before an emergency government budget statement on Friday, Truss said tax cuts were key to spurring economic growth, even though they benefit the wealthiest more than the poorest.

“We do have to take difficult decisions to get our economy right,” Truss said. “We have to look at our tax rates. So corporation tax needs to be competitive with other countries so that we can attract that investment.” Truss, who has been prime minister for just two weeks — a period overshadowed by the death of Queen Elizabeth II — faces immediate pressure to deliver on her promises to tackle a cost-of-living crisis walloping the UK and an economy heading into a potentially lengthy recession.

She has already announced a cap on household energy bills that means average costs for heating and electricity will be no more than 2,500 pounds ($2,872) a year — far less than has been forecast. And she says businesses will find out details of similar relief on Friday. But Truss has ruled out extending a windfall tax on oil and gas companies imposed under the previous government of Boris Johnson, and is scrapping plans to increase corporation tax.

Critics say her pro-free market, low-tax economic views, inspired by the likes of Margaret Thatcher and Ronald Reagan, is the wrong response to the crisis. Truss, who is in New York to attend the UN General Assembly, confirmed the budget statement will reverse an income tax hike brought in this year to help fund health care and will scrap a plan to raise corporation tax.

She also made clear that the government will lift a cap on bankers’ bonuses imposed after the 2008 global financial crisis, with the aim of attracting more jobs and money to London’s financial district. “I don’t accept this argument that cutting taxes is somehow unfair,” Truss told British broadcasters in interviews on the 102nd floor of the Empire State Building.

“We should be setting our tax policy on the basis of what is going to help our country become successful — what is going to deliver that economy that benefits everybody in our country. What I don’t accept is the idea that tax cuts for business don’t help people in general.” Truss denied her plans would hurt the already battered UK economy. The pound has fallen to almost four-decade lows against the dollar, to about $1.14. She said her priority was getting the “economic fundamentals right”.

She acknowledged the UK faces “incredibly tough” economic times, driven by Russia’s invasion of Ukraine, which has sent global energy prices soaring. But she denied her plans would cause pain to millions or ordinary Britons and could prove electorally disastrous. “What I think working people will judge me and my government on at the next election is, have I got a good job, are my wages going up, have I seen improvements in my town or my city?” she said. “That’s what people care about and I believe that’s what people will vote on.”

As she was speaking, and seemingly by coincidence, US President Joe Biden tweeted criticism of the type of economic policy Truss advocates. The two leaders are due to meet Wednesday on the sidelines of the UN summit. “I am sick and tired of trickle-down economics. It has never worked,” he said.