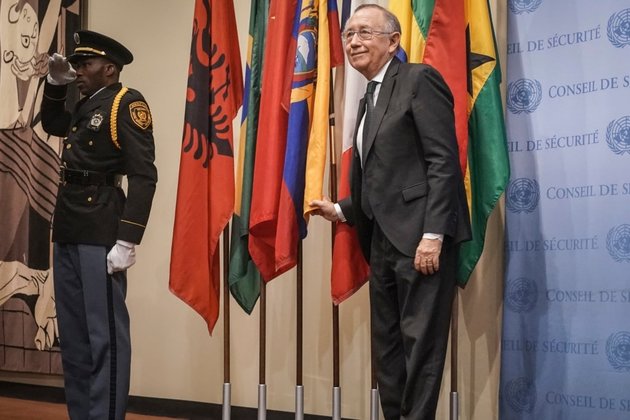 United Nations – Ecuador, Japan, Malta, Mozambique and Switzerland got a formal welcome into the U.N. Security Council on Tuesday, taking the two-year seats they won unopposed in June.

In a tradition that Kazakhstan started in 2018, the five countries’ ambassadors installed their national flags Tuesday alongside those of other members outside the council chambers.

Mozambican Ambassador Pedro Comissario Afonso of Mozambique called it ‘a historic date’ and Swiss Ambassador Pascale Baeriswyl said she felt ‘a deep sense of humility and responsibility’ as their countries marked their first-ever terms on U.N.’s most powerful body. Malta joined for a second time, Ecuador a fourth and Japan a record 12th.

China, France, Russia, the United Kingdom and the United States are permanent, veto-wielding members of the group. Its 10 other members are elected by the 193-nation General Assembly for staggered, two-year terms. They’re allocated by global regions.

To many countries, winning a council seat is considered a signature diplomatic accomplishment that can raise a nation’s global profile and afford small countries a bigger voice than they might otherwise have in the major international peace and security issues of the day.

The council deploys peacekeeping missions, can approve sanctions and speaks out – sometimes – on conflicts and flashpoints, while also surveying such thematic issues as terrorism and arms control. While many matters are perennials on the agenda, council members also can use the platform to spotlight emerging concerns or topics of particular interest to them.

A United Nations police officer salutes as Switzerland’s United Nations Ambassador Pascale Baeriswyl, left, as she installs her country’s flag during a ceremony for five newly-elected non-permanent members to serve on the United Nations Security Council for the term 2023-2024, Jan. 3, 2023 at U.N. headquarters.

Countries often campaign for the council for years. Some 60 nations have never had a seat since the group’s formation in 1946.