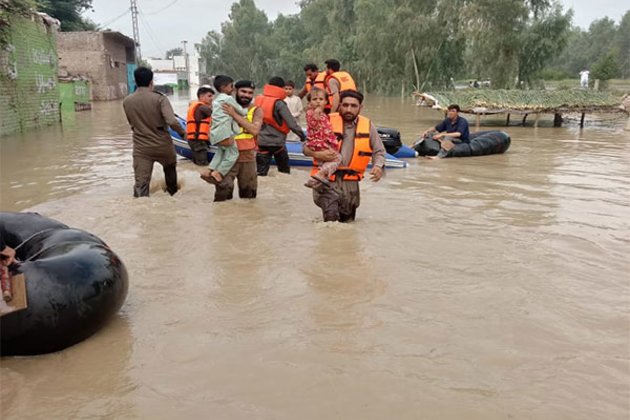 The United Nations is set to launch a Flash Appeal in support of Pakistan following devastating rains and floods that have disrupted the lives of millions in the country.

Daily Pakistan reported that the UN will launch a USD 160 million appeals.

Foreign Office spokesperson Asim Iftikhar said in a media briefing said that a UN Flash Appeal will be launched on Tuesday (August 30) simultaneously from Geneva and Islamabad.

A United Nations relief agency in its report said that at least 2,18,000 houses were completely destroyed and 458 thousand houses were damaged in the past two weeks in Pakistan floods.

The UN Office for the Coordination of Humanitarian Affairs (OCHA) said that 218 thousand houses were completely destroyed, 458 thousand houses damaged, 2 million acres of crops impacted, 794 thousand livestock lost, 937 deaths and 1343 injured in the past two weeks.

116 districts were affected after “rainfall nationwide is 2.87 times higher than the national 30-year average, with some provinces receiving more than five times as much rainfall as their 30-year average. The humanitarian situation is expected to worsen.

Over 218,000 houses have been destroyed and a further 452,000 damaged since 14 June, according to the NDMA. Livelihoods are also being heavily impacted – more than 793,900 livestock – a critical source of sustenance and livelihoods for many families – have died, of which some 63 per cent are in Balochistan and 25 per cent in Punjab.

Meanwhile, Presidents of Turkey, Iran, and the United Arab Emirates have called on Pakistan Prime Minister Shehbaz Sharif and extended sympathy over the devastation caused by the floods.

In a telephonic conversation with Shehbaz Sharif, the President expressed grief over the loss of lives in flash floods and assured all-out support to the government and people of Pakistan.

The unprecedented rainfall and floods have created havoc in Pakistan. (ANI)