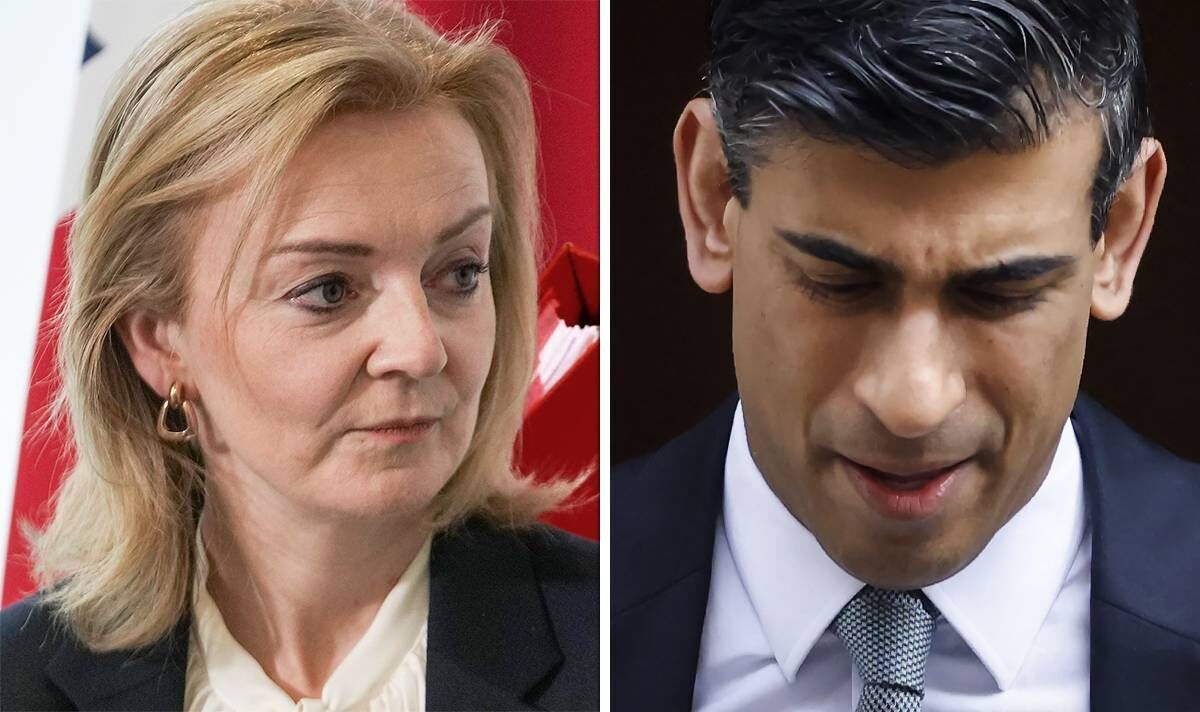 The former Chancellor has branded his opponent Liz Truss “complacent and irresponsible” for ignoring a supposed loss of market confidence in the British economy. Speaking to the Financial Times, Mr Sunak said he “struggled” to envision how Ms Truss’s sweeping tax cut agenda will be funded.

He also claimed her plans would push inflation upwards even further and increase the UK’s borrowing costs.

But these suggestions have been rebuffed by an economist saying there is no sign of panic, even with the leadership result just days away.

Economist Julian Jessop said on Twitter: “This is unhelpful from #RishiSunak.

“Markets aren’t stupid. #LizTruss is clear favourite to win, but there is no sign of panic.

READ MORE: Truss vs Sunak: Who should be our next Prime Minister? VOTE HERE

He said it would be “complacent and irresponsible not to be thinking about the risks to the public finances”.

Mr Sunak added: “Ultimately, you have to decide whether you think sustainable rates of borrowing are important or not. I think they are.”

The former Chancellor has made getting a grip on inflation one of his top agendas throughout the leadership race – but has differed to Ms Truss on how to go about it.

Ms Truss has promised a slew of tax cuts, including a reversal of the National Insurance increase and cancelling an uplift in corporation tax, due next year.

Mr Sunak has promised to cut taxes but only once inflation is under control.