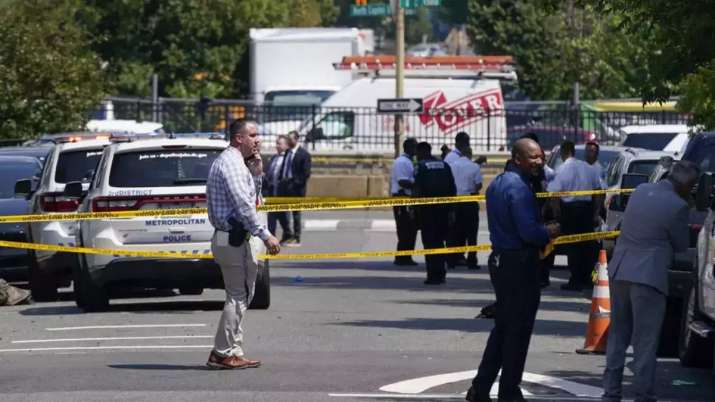 United States news: In another incident of a mass shooting in the United States, at least two people were reportedly killed while three others were injured in northwest Washington, D.C on Wednesday (August 24).

The incident took place at around 12:50 pm. The incident occurred at the corner of O Street NW and North Capitol Street, north of New York Avenue.

The Washington Metropolitan Police Department released an image of a vehicle suspected to be involved in the shooting on its Twitter handle.

The Washington police department tweeted, “MPD is seeking assistance in locating this suspect vehicle in connection to the shooting that just occurred in the unit block of O Street, NW.” The vehicle is a 2020 Hyundai Santa Fe, black in colour. It is believed to have Virginia temporary tag 956515X.

The injured have been taken to a hospital for treatment. All the victims were adults. A probe has been launched into the matter. An initial investigation determined that at least two suspects exited the SUV in front of a building and started shooting with semi-automatic guns.

They fled the spot after the shooting. Executive Assistant Chief of Police Ashan Benedict said that it appeared to be an open-air drug market.

More details are awaited in this regard. The investigation is still underway.

ALSO READ: US rapper A$AP Rocky charged with assault over Hollywood shooting in 2021