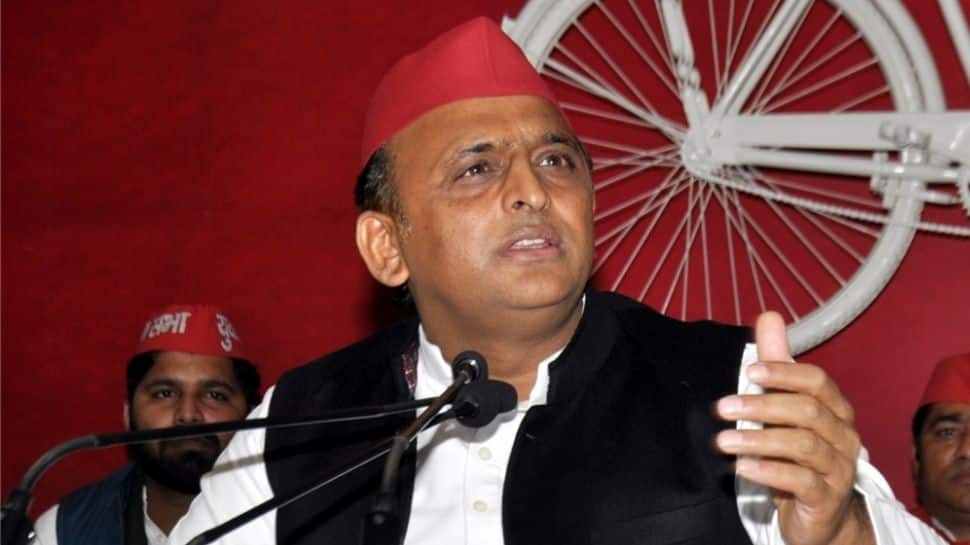 Lucknow: With the announcement of the schedule for the upcoming assembly elections in five states, Samajwadi Party (SP) chief Akhilesh Yadav on Saturday (January 8) exuded confidence in winning the elections and said that people in Uttar Pradesh are set to bid farewell to the BJP government.

He further said that the poll rules will be followed by his party but the Election Commission will have to ensure that the ruling party also follows these guidelines too. “People in Uttar Pradesh are set to bid farewell to the BJP government. These dates will mark a huge change in the state. Rules will be followed by Samajwadi Party, but the Election Commission should make sure the ruling party follows these guidelines,” said SP chief.

He further said that the public has got a chance to take a decision by March 10. Addressing a press conference in Lucknow, he promised to provide free laptops to the youths of the state if elected to power. “It will be the second promise after the first promise of free 300 units power to all domestic consumers and free power to farmers for irrigation. As the SP government did in its previous tenure, if the party forms the government in 2022, then it will again provide laptops to youth and students for higher studies. Earlier we had given lakhs of laptops which led many of the beneficiaries to get self-employed,” he said.

Yadav also said his party’s legal cell will file an FIR against a BJP IT cell member who sits in Delhi who posted his photograph and claimed that the perfumer recently raided by tax authorities in Kanpur was standing with him. He further said that strict action will be taken against the people of the BJP IT cell “who are spreading false propaganda against us” if the Samajwadi party is elected to power in the state.

The ECI on Saturday announced the schedule for the upcoming Assembly elections in Uttar Pradesh, Goa, Punjab, Manipur and Uttarakhand. 403 Assembly seats are slated to go to polls in Uttar Pradesh, 70 seats are up for grabs in Uttarakhand, 117 seats in Punjab, 40 seats in Goa and 60 seats in Manipur.Uttar Pradesh will go to the assembly polls in 7 phases from February 10 to March 7, Punjab, Uttarakhand and Goa will vote on February 14 and Manipur will vote on February 27 and March 3.The poll panel said the counting of votes will take place on March 10.In the 2017 Assembly elections, the BJP won a landslide victory winning 312 Assembly seats. The party secured a 39.67 per cent vote share in the elections for 403-member Assembly.Samajwadi Party bagged 47 seats, BSP won 19 while Congress could manage to win only seven seats.