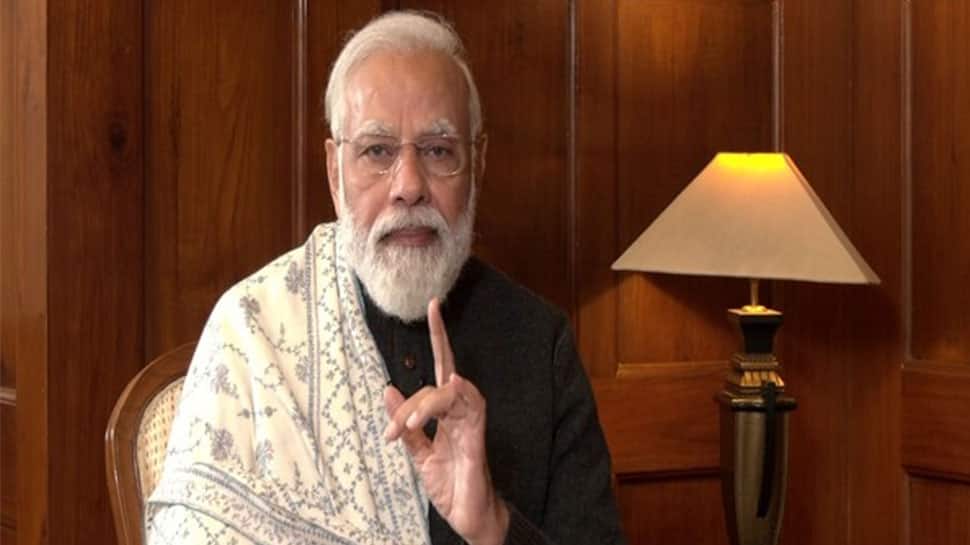 New Delhi: Attacking the Opposition parties, Prime Minister Narendra Modi on Wednesday said that he believes in taking everyone along while following the mantra of ‘Unity in Diversity’. The PM added that it is unfortunate to see that some leaders are exploiting the concept of diversity for vested interests.

In an exclusive conversation with ANI, Prime Minister Modi said, “I put my efforts to take everyone along and I believe it is the only path for the development of the nation. We believe in Unity in Diversity. But unfortunately, some leaders are now using the concept of diversity against each other for vested interests. We want unity among diversity.”

Prime Minister’s statement came against the backdrop of Opposition leaders including Rahul Gandhi, K Chandrashekar Rao, MK Stalin, Mehbooba Mufti and Mamata Banerjee alleging that BJP does not respect the diversity of the country.

On being asked that the Opposition claim that BJP does not understand regional aspirations, he said, “BJP is a party that believes in addressing regional aspirations for the development of the nation. I am the first Prime Minister in the country who has been a chief minister for a long time. I understand very well what are the aspirations and requirements of a State.”

He pointed out that the Opposition parties are indulging in evil designs of dividing the country but the people of the country are mature enough to not fall into their trap.

Launching a scathing attack at Congress, the Prime Minister said, “In the last 50 years, they had done the work to only divide the country leading to separatism. But it is not the character of the country and its citizens.”

Describing his idea of promoting India’s diversity at the global level, he said that several foreign heads of countries now visit different states in India unlike the earlier practice of only restricting them to Delhi.

“Earlier visits of foreign guests were only restricted to Delhi. But I do not believe in that. I take them to various places. I took the Chinese President Xi Jinping to Tamil Nadu. I took the French President Emmanuel Macron to Uttar Pradesh. I took the then German Chancellor Angela Merkel to Karnataka even when there was a Congress government in the state,” he added.

Prime Minister said that his priority is to promote every state of the country. “I read the Tamil quote in the United Nations. We feel proud that the world acknowledges that India has the oldest language,” he stated.

Answering the question that if regional aspirations are promoted then it will threaten the nation’s unity and encourage separatism, PM Modi said, “A nation like India where the social system is full of diversity if we manipulate the social justice, then it will harm our country. For this reason, the person from even from the most marginalized section of the society should get the opportunity for development. Just like the social justice in the society, the country cannot develop if any part lags behind. We should have a holistic and inclusive development. There should be a development for all.”

Prime Minister said his government identified 110-115 “aspirational districts” that lagged behind in development parameters in cooperation with States.

“These districts are even below the average due to issues in governance and not the implementation of the schemes. Only one State objected to it. We put special focus on them. I personally talked to the district heads so that welfare schemes reach there fast. I urge the State governments to deploy young officers in those districts and not the retired or promoted IAS officers. I also urged the States to not change officers frequently and keep them there at least for three years. I have observed that all the States agreed to it and cooperated in the matter. Now, these aspirational districts are moving forward and some even crossed the State average in many parameters,” he said.

Mentioning his government’s slogan of “Sabka Saath Sabka Vikas”, Prime Minister Narendra Modi said that in federalism, every unit has to be developed.

Leveraging on connectivity and regional aspirations, Prime Minister said, “The optical fibre network should reach every village in the country. We are putting all our efforts into that. We want the development of the entire country. This is our method to address the regional aspirations.”