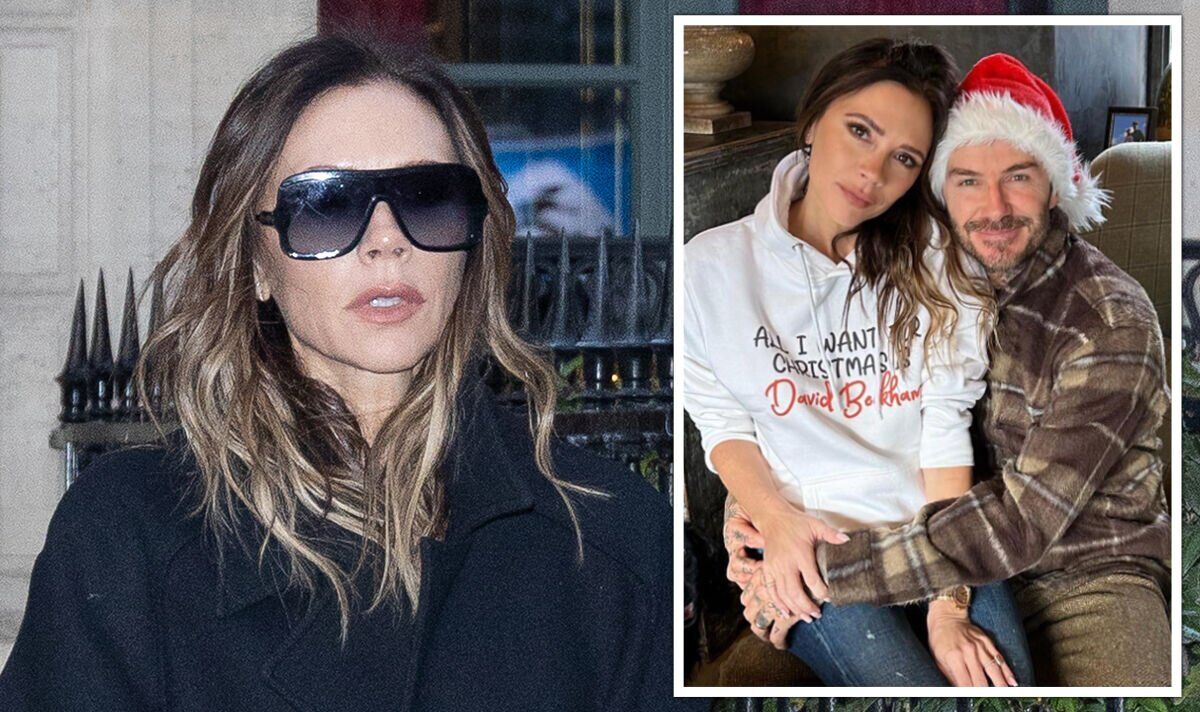 Victoria Beckham, 48, took her followers into the “very competitive” Beckham household days before Christmas, as David, 47, shared some unsolicited advice over his wife’s planning. Just days later, the mum of four revealed they were spending the holidays without their eldest son Brooklyn in a touching family portrait.

Victoria revealed to her followers just how competitive the Beckham household can be, and the holidays offered no reprieve.

The Spice Girl and her husband took part in a gingerbread house decorating contest in the run-up to Christmas along with their daughter Harper, 11.

She shared a clip on her Instagram story showing off the three houses in various stages of completion.

The fashion designer admitted “I’m not good in the kitchen” but was willing to try make the gingerbread houses in the spirit of the holidays.

Victoria’s final creation boasted white frosting details with stars, green dots and small sweets on the roof and a dotted pattern across all of the walls.

David’s “simple” house featured a roof largely covered by white frosting and a speckle of yellow and pink decorations on the front of the house.

Harper’s gingerbread house was the only one to feature gingerbread residents too, outlined with white frosting and leaning against the pink candied house.

Victoria later shared a close-up of her own creation, showing off the incredible detail in her decorating, she wrote: “Feeling very accomplished!”

Following the competitive festivities, Victoria posted a sweet photo of the Beckham clan on Christmas Eve as they set out milk and cookies for Santa Claus.

David, Cruz, 17, Romeo, 20, and Harper were all seen wearing matching white silk pyjamas, but fans were quick to notice the famous family had shrunk slightly.

Victoria captioned the post: “Dad keeping up the Beckham family tradition! We love and miss you Brooklyn x Kisses.”

The eldest Beckham progeny, Brooklyn, 23, missed out on the family gathering as he currently lives in Los Angeles with his wife Nicola Peltz, 27.

This marks the first holiday season as a married couple for Brooklyn and Nicola as they got married in April this year in a lavish Florida ceremony that lasted three days.

To mark the occasion, Brooklyn followed in his mum’s footsteps and posted a sweet festive photo of just the two of them.

The couple posed in front of their Christmas tree in a dimly lit room on Christmas eve, as Brooklyn captioned: “Merry Christmas Eve from me and my baby xx.”

On Christmas Day, Victoria had fans fawning over a new snap of her and David as she wore a hoodie reading: “All I want for Christmas is David Beckham.”

She adorably captioned the post: “I got what I wanted this Christmas.”