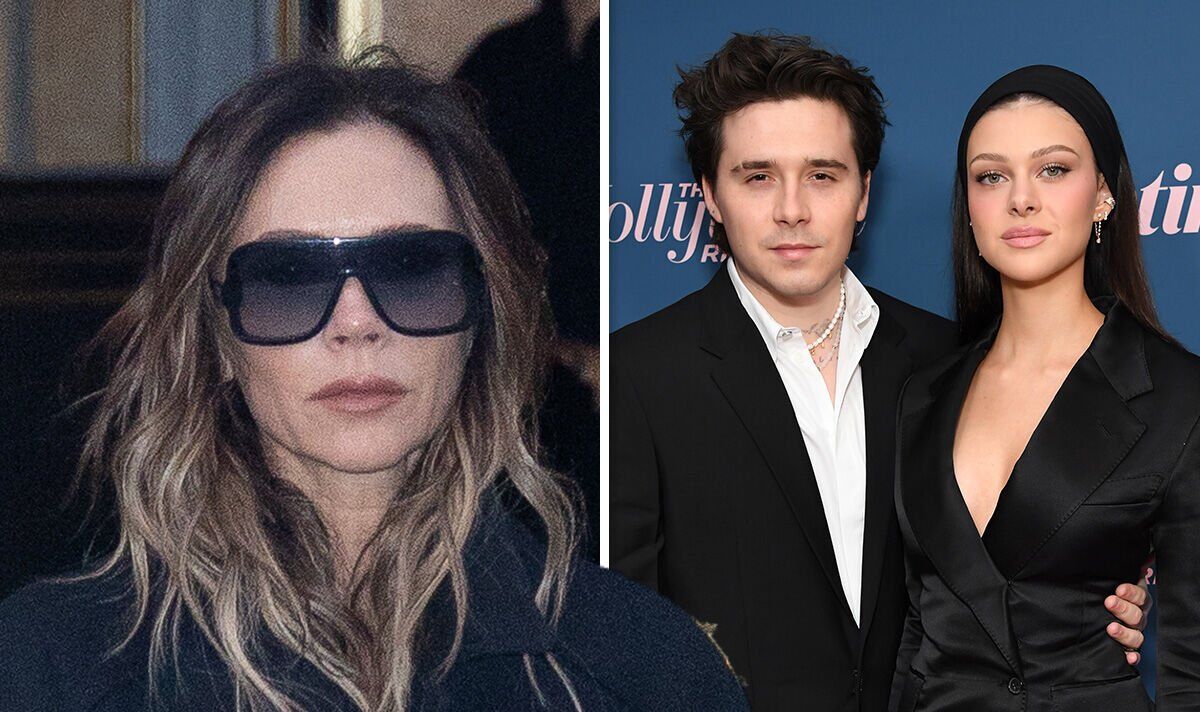 Brooklyn Beckham, 23, left fans thinking he may have entered into his mum’s world of fashion after a new video saw him analysing his wife, Nicola Peltz’s outfit. In the clip for Vogue, the 28-year-old actress modelled a long leather coat over jeans, a black top and knee-high leather boots while Brooklyn stood alongside her and told viewers how much he “loved” the ensemble.

He touched her stomach and said: “I love a little high-waisted jean, and I love like a nice tight shirt,” he added as he placed his hand higher up her midriff.

Brooklyn then said enthusiastically: “I LOVE the high boots; I think they are very sexy.

“And the little Matrix jacket, I love it.”

Thousands have since taken to social media to question whether this is the beginning of Brooklyn’s next career.

While Lavender also tweeted that Brooklyn’s brain “must be donated to science” to “run tests” on someone who “on paper should be extremely cool but somehow manages to be extremely cringe”.

Brooklyn’s mum Victoria has now jumped to his defence and assured fans that he “is not becoming a stylist”.

Then in 2017, Brooklyn announced he was pursuing a career in photography and would be studying the subject at Parsons School of Design in New York.

It is understood that he left the course in the first year and went on to publish a book of photography called, What I See.

From 2021, Brooklyn has been showing off his cookery skills and even ran an online video series entitled Cookin’ With Brooklyn.