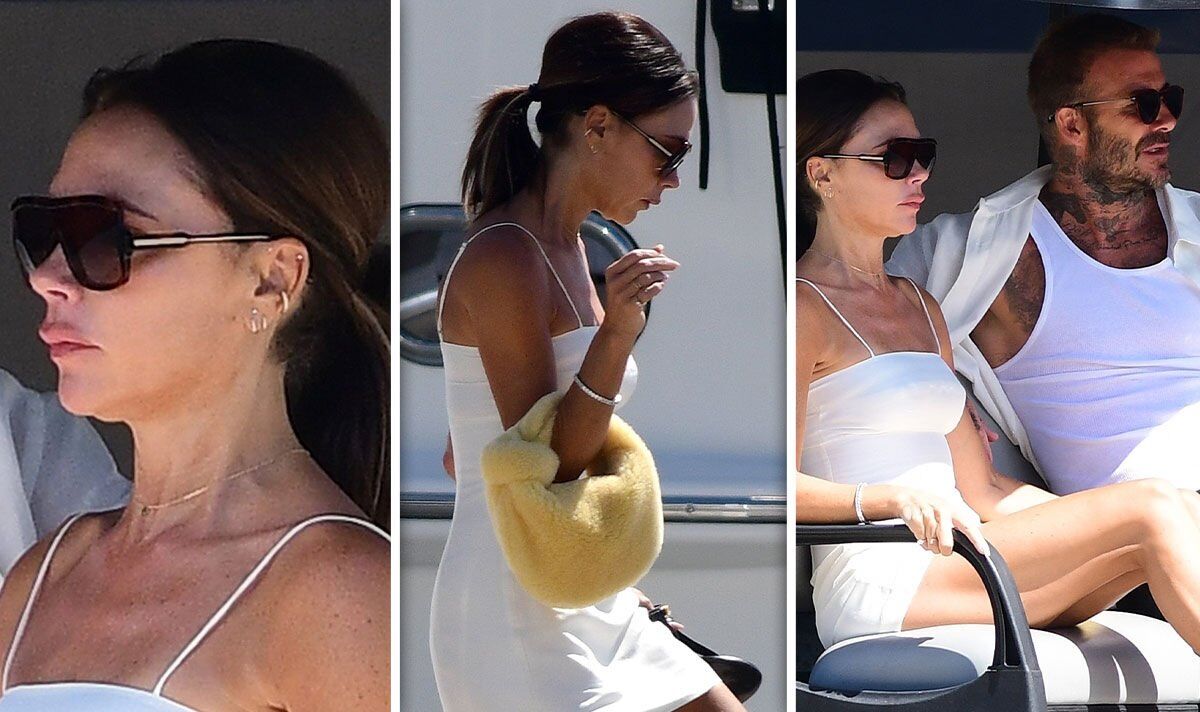 Victoria Beckham, 48, looked poutier than ever in new photos from her holiday with husband David, 47.

The fashion designer stunned in a white strappy minidress and yellow fluffy bag.

Wearing her hair in a sleek ponytail, Posh Spice could be seen heading on to their yacht, which costs a reported £1.6million a week.

Ex-footballer David joined his wife on a golf buggy, matching her ethereal ensemble in a white vest with a cream-coloured shirt slung over the top, and black shorts.

The couple, who have been married since 1999, looked deep in conversation as they continued their holiday in Palm Beach, with their son Romeo, 19.

They were previously spotted soaking up the sun in Sardinia, with their youngest child, 11-year-old Harper, also present.