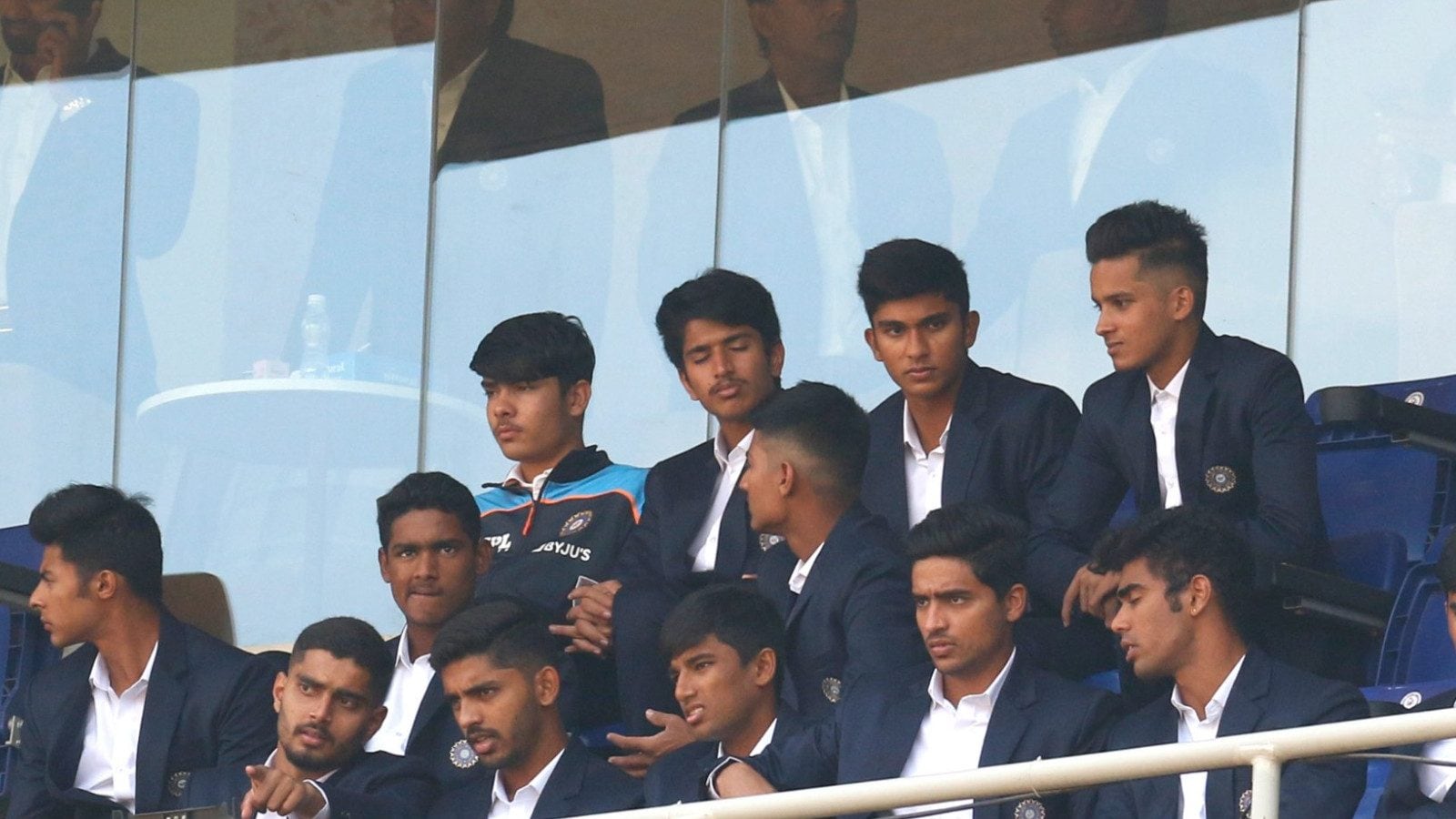 The victorious ICC Under 19 squad was in the stands as India took on West Indies in the second ODI at the Narendra Modi Stadium in Ahmedabad. The Yash Dhull led Indian team will be felicitated by the BCCI on this occasion, However, the young boys had a special arrangement as they were treated to live-action where they watched their idols in action. Dhull and his young boys beat England in the final of the tournament. Before the match, they had a chat with Kohli himself which must have done wonders.

Following their famous win over England on Saturday, the Indian contingent called on the Indian High Commissioner to Guyana.

With little time to celebrate the success in the Caribbean, the squad will take the long flight back home on Sunday evening with connecting flights from Amsterdam and Bangalore before eventually landing in Ahmedabad.

The senior Indian team is also currently in Ahmedabad playing three ODIs against the West Indies. With the team in bubble, it is not yet known if the U-19 boys will get to interact with their seniors.

“It has been a hectic schedule for the boys who have little time to rest. They will get some rest after they land in India,” said a BCCI official.

Fresh from their win in the final, the boys headed to Guyana from Antigua and were felicitated by the Indian High Commissioner K J Srinivasa who is an avid cricket fan.

The players were tired but enjoyed clicking pictures with West Indies great Sir Curtly Ambrose, who was present at the function.