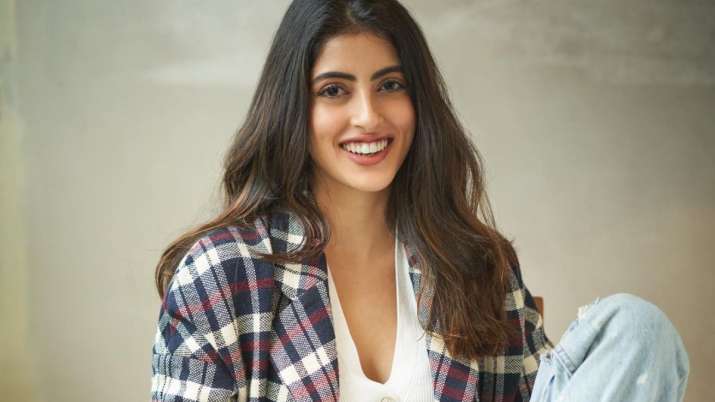 Amitabh Bachchan‘s granddaughter Navya Naveli Nanda enjoys a huge fan following on social media where she is often seen posting pictures and videos of herself with her followers. In her latest Instagram post, the star granddaughter flaunted her piano skills and impressed not only her fans but BFFs Shanaya Kapoor and Ananya Panday with it. She also shared a monochrome picture of herself along with the piano session video. For the caption, Navya added a thought balloon emoji.

Reacting to the video, Shanaya Kapoor and Ananya Panday showered love in the comment section. She also received a lot of positive responses from her followers. One of the fans wrote, “Very talented, Navya.” Another said, “Wowwww… ur super blessed…. Keep it up.. gbu alwayssss.” A comment read “Gave me goosebumps.”

Recently, Navya had shared a glimpse of her life through a short clip, which featured skylines of tall buildings, selfie, food, pet dogs sunset, her new hobby– origami work and knitting.

Meanwhile, Navya has no plans of joining Bollywood as an actress. Her mother Shweta Bachchan had revealed in an interaction that Navya doesn’t want to be an actress and likes to stay away from showbiz.

After her graduation last year, Navya started her own business. She launched a platform for women, Aara Health, to discuss about all their health issues. She started the new venture with three more ladies named Ahilya Mehta, Mallika Sahney and Pragya Saboo. About the initiative, one of the posts read, “We are young and independent women who have come together to solve a common problem that has not been given the attention it deserves. Our different backgrounds and experiences have inspired us to help empower other women!⁣”