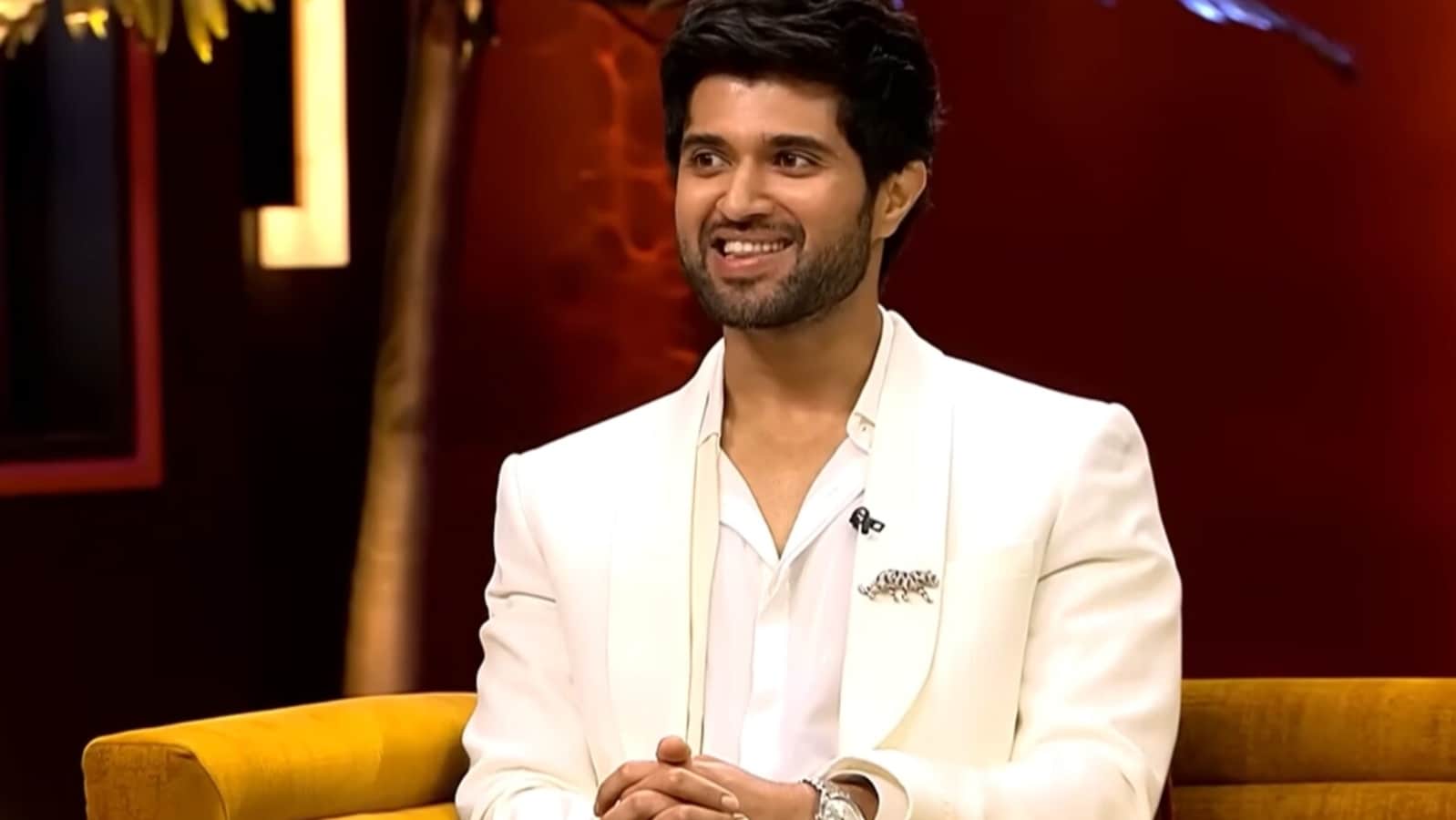 Actor Vijay Deverakonda has always maintained silence when it comes to his private life. He recently opened up about when he would not openly disclose his relationship status. On Thursday, he will be revealing a lot about himself on Karan Johar’s show Koffee With Karan 7, alongside Liger co-star Ananya Panday. (Also read: Vijay Deverakonda says he’s ‘done it in a car’)

Ahead of the show, he shared why he would not openly disclose his relationship status. “The day I will marry and have kids, I will say it out loud; until then I would not like to hurt anyone who adores me. There are so many people who love you as an actor and have your poster on their wall, on their phones. They give me so much love and appreciation; I don’t want to break their heart,” said Vijay Deverakonda in the show after Karan asked him if he is seeing anyone. Previously, he was rumoured to be dating Rashmika Mandanna.

Vijay has often made news with speculations about dating Rashmika. Earlier, they were rumoured to be tying the knot soon. In the past, Vijay and Rashmika have several times clarified that they’re nothing but good friends. The two actors have worked together in films like- Geetha Govindam and Dear Comrade.

Earlier, on Koffee With Karan, Sara Ali Khan named Vijay Deverakonda when she was asked whom she wants to date in the film industry. Responding to Sara, Vijay called her the ‘cutest.’ He wrote on social media, “I love how you say ‘Deverakonda’. Cutest. Sending big hugs and my affection (heart emoji).”

Vijay will be next seen in filmmaker Puri Jagannadh’s upcoming Liger. Marking his entry into Bollywood, the film is backed by Karan Johar and stars Ananya. The film will release on August 25, after surviving multiple delays due to the pandemic. The film will be available in Hindi, Tamil, Telugu, Kannada and Malayalam.