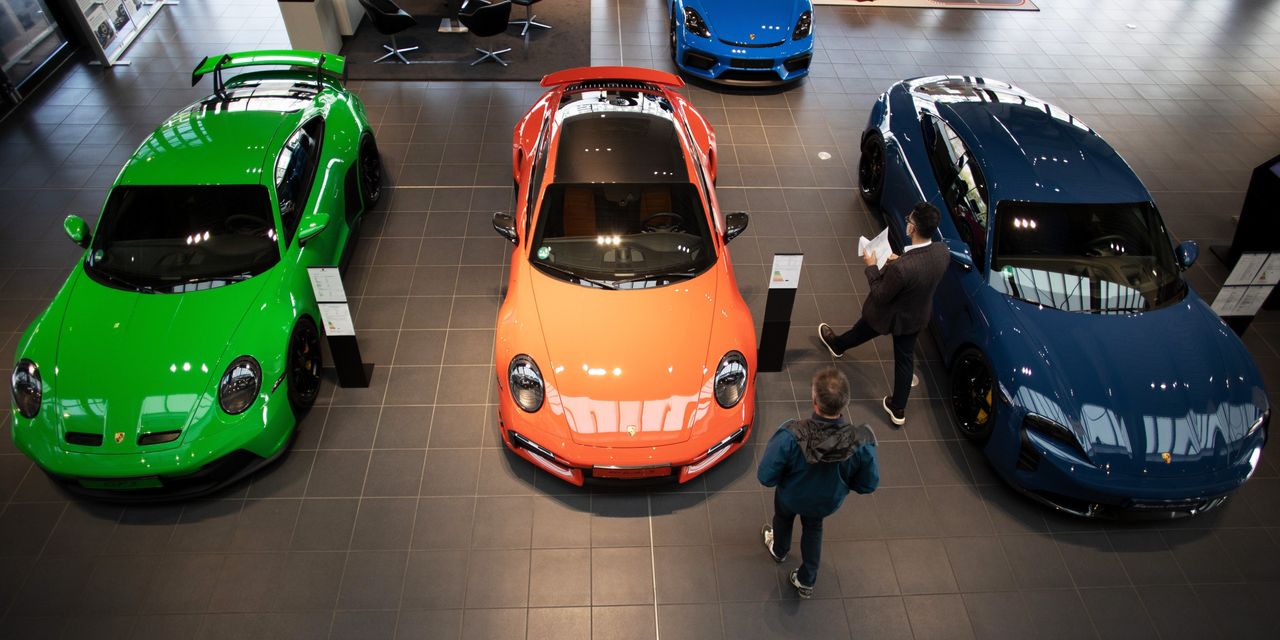 The offering could value Porsche at as much as 85 billion euros ($84 billion), according to analyst estimates, injecting fresh cash into VW’s coffers that executives say will help the company bankroll its transition to electric vehicles and self-driving cars.

“The listing of Porsche AG will give fresh tailwind to Volkswagen’s transformation,” VW Chief Finance Officer

who is chief executive of both Porsche and the entire Volkswagen company, welcomed the decision by VW’s supervisory board to move forward with the planned listing, saying it would grant Porsche greater independence.

“This is a historic moment for Porsche,” Mr. Blume said.

Confirming past comments about the planned offering, VW said that in preparation for the listing, Porsche’s stock has been split into 50% ordinary shares and 50% nonvoting preferred stock.

The German auto maker intends to list Porsche on the Frankfurt Stock Exchange and offer 25% of Porsche’s preferred stock to private investors in a public offering aimed for late September or early October.

In a second step, the Porsche family heirs, who own a majority stake in VW, will purchase 25% plus one share of Porsche’s ordinary shares, or voting stock, through their listed family investment fund,

Porsche SE has agreed to purchase the shares at the IPO price plus a 7.5% premium. The acquisition of Porsche voting stock gives the Porsche heirs a blocking minority, giving them effective control over major strategic decisions on the company’s board and in shareholder meetings.

The Qatar Investment Authority has signaled its intention to acquire 4.99% of Porsche’s preferred stock, VW said, becoming a cornerstone investor.

VW, which will continue to hold the remainder of Porsche’s stock, said in the event of a successful IPO, 49% of the proceeds from the IPO and the private placement would be distributed to VW shareholders in the form of a special dividend. The dividend would likely be paid in the beginning of 2023, VW said.

The German auto giant said it would now begin meeting individual investors to weigh demand and determine the price for the shares, which could begin trading by the end of the month.

Some investors have warned that the way the IPO is being structured, with only the nonvoting shares sold to the public, could make it difficult for VW to get top dollar for the sports car maker. Investors are concerned that insiders will continue to exercise control over the company at the expense of private investors.

Investors are also concerned that Mr. Blume’s dual role as CEO of both VW and Porsche could lead to conflicts of interest.

At the end of July, an investor poll conducted by Bernstein Research showed that 71% of respondents thought Mr. Blume’s double role would have a negative impact on the Porsche IPO.

Although VW has stated its intention to float the shares, the company said the final decision to do so would depend on market conditions at the time.

Write to William Boston at william.boston@wsj.com