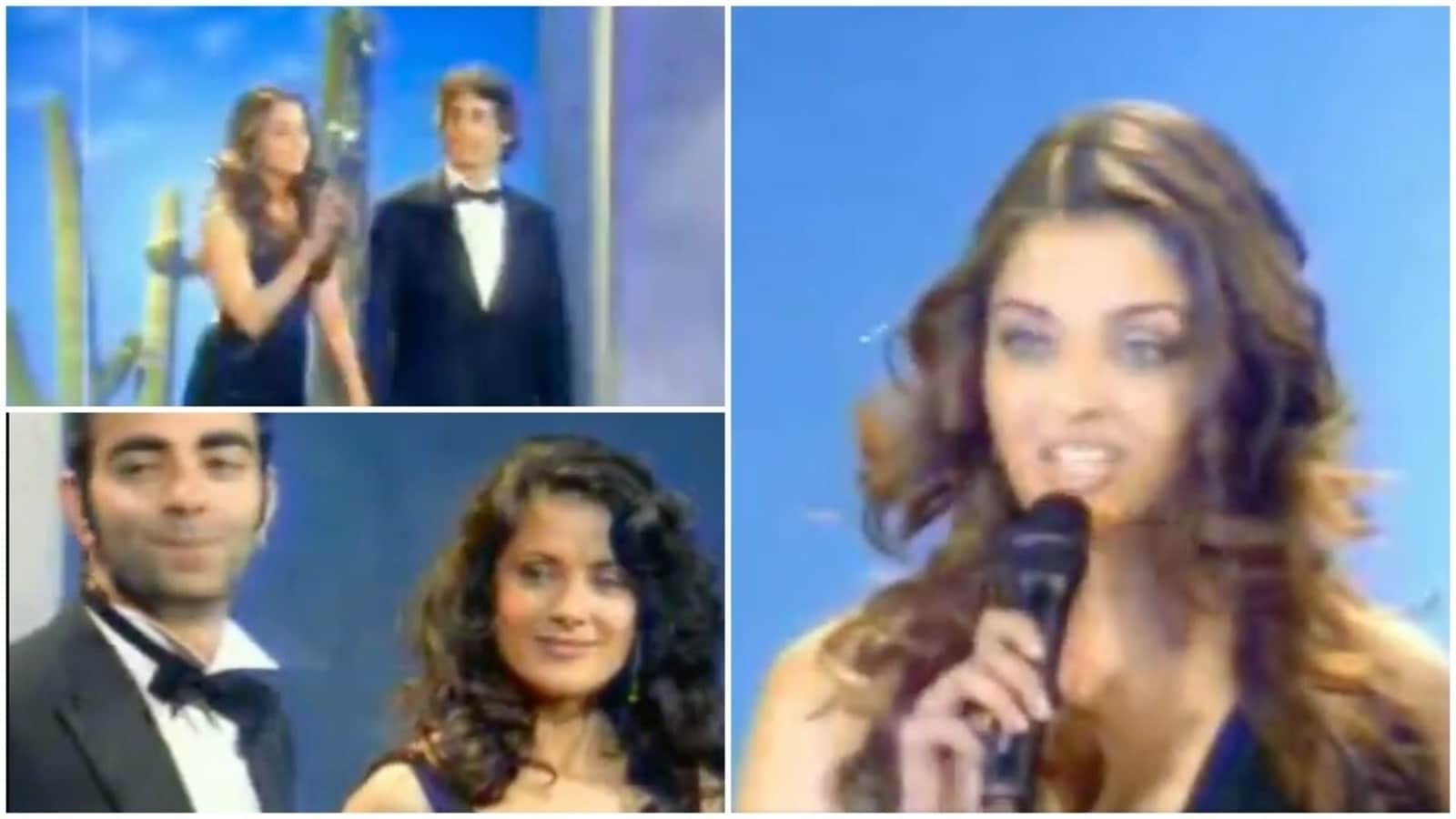 On Thursday actor Aishwarya Rai Bachchan made a splash with her extravagant black gown look at the Cannes Film Festival 2022. She made her Cannes debut back in 2002 alongside Shah Rukh Khan for the screening of their film Devdas and became the first Indian to consistently attended the prestigious fest almost every year. While she continues to hit headlines with her appearance at Cannes, an old video of her from 2005 has surfaced on the internet. (Read also: Abhishek, Aaradhya pose with Aishwarya for the perfect family pic at Cannes)

In 2005, Aish became the first Indian actor to open the successful 58th Cannes Film Festival. In the throwback video, Aish is seen in a black dress as she said, “Good evening everybody. It’s an absolute pleasure and an honour for me to declare the 58th Cannes Film Festival open.” The festival was held from May 11 to May 22, 2005. Also with her on stage was actor Salma Hayek

Aishwarya is currently attending this year’s edition alongside her daughter Aaradhya Bachchan. She is also accompanied by her husband, actor, Abhishek Bachchan and the family received a warm welcome from fans upon reaching Cannes. After keeping cameras busy with her Day 1 look, she slipped into a blingy pink dress for an afterparty bash with Abhishek and Aaradhya. Posing for a perfect family picture, Aish had her one hand around AB while she also held her daughter’s hand.

Aishwarya will be next seen in director Mani Ratnam’s next Tamil flick Ponniyin Selvan. Billed as a historical drama, it has Jayam Ravi, Chiyaan Vikram, and Keerthy Suresh. It is set to release on September 30 this year.