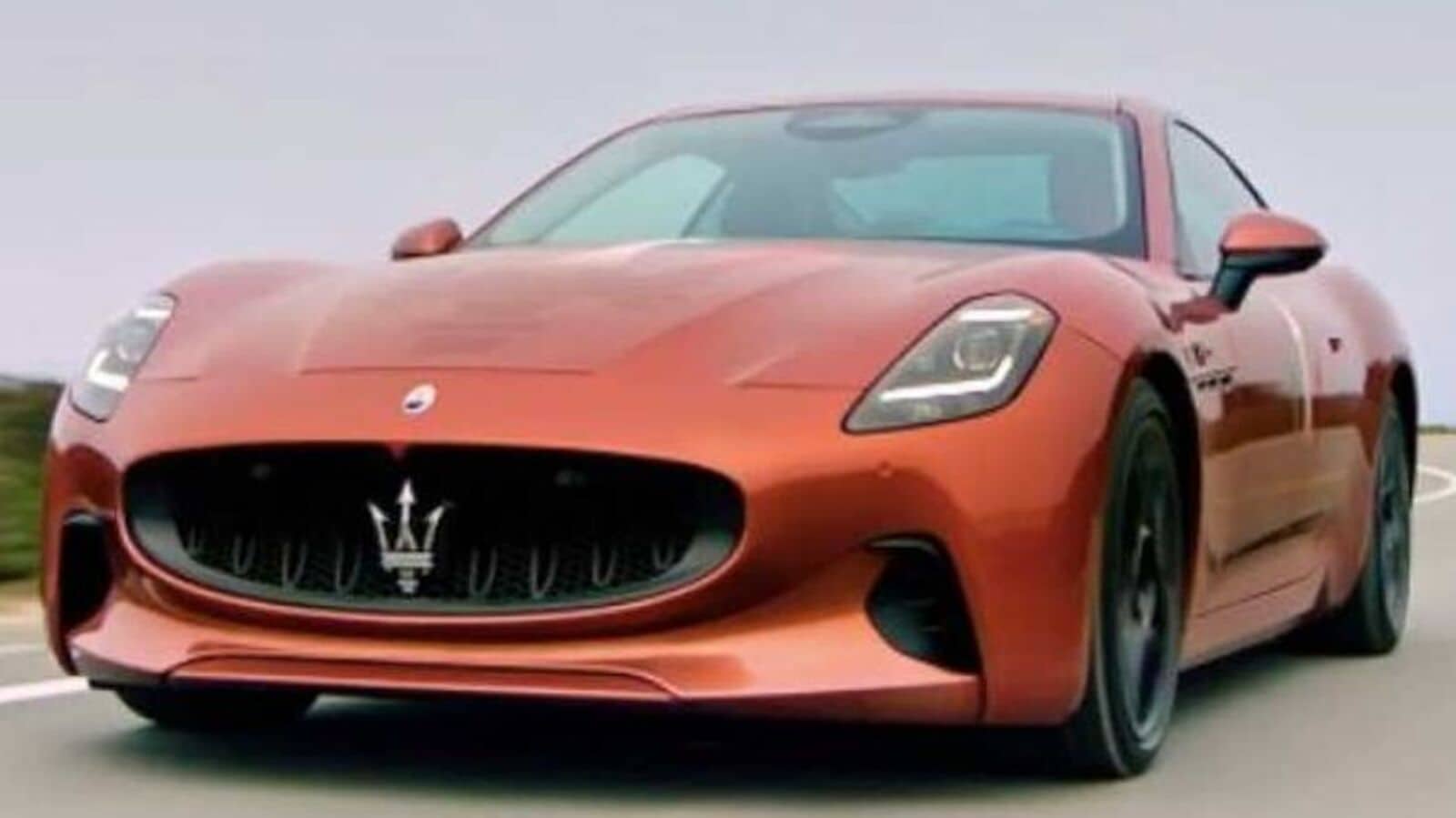 Maserati has broken the cover of its next-generation GranTurismo, and it comes wearing the Folgore badge, which is specially meant for the Italian luxury car brand’s electric cars. The automaker has revealed a teaser video that surprisingly leaves little to the imagination by showing off the car’s exterior entirely. However, the interior remains a mystery.

In the teaser video, the electric GT is shown devoid of any camouflage to reveal a sleek but familiar design. The charging port can be easily spotted below the left taillight. The car claims that it can charge for as much as 100 km range in just five minutes.

Maserati claims the GranTurismo Folgore will come packing around 1,200 horsepower maximum power output from a tri-motor setup. The car will be capable of accelerating from 0-100 kmph in just 3.7 seconds. Also, the car promises to reach 320 kmph flat out.

Being an electric car, the Maserati GranTurismo doesn’t make any sound like any other EV. However, The automaker provides artificial sound for the electric sports car in an attempt to mimic the notice of a large displacement internal combustion engine. Maserati is also planning a petrol version of the GranTurismo, which would come with a Nettuno V6 engine.

Speaking about the design, the 2023-bound first electric car from Maserati comes taking influence from the current GranTurismo that was introduced way back in 2007. Coming to the interior, Maserati kept it a mystery apart from giving us a glimpse of the dual-tone cabin with individual rear seats and a centre console positioned on top of the centre tunnel that houses the battery pack.

Maserati has taken the pledge to make all its cars electric by the middle of this decade, ahead of the 2030 deadline. The upcoming GranTurismo Folgore is expected to play a key role in that strategy for the car brand.