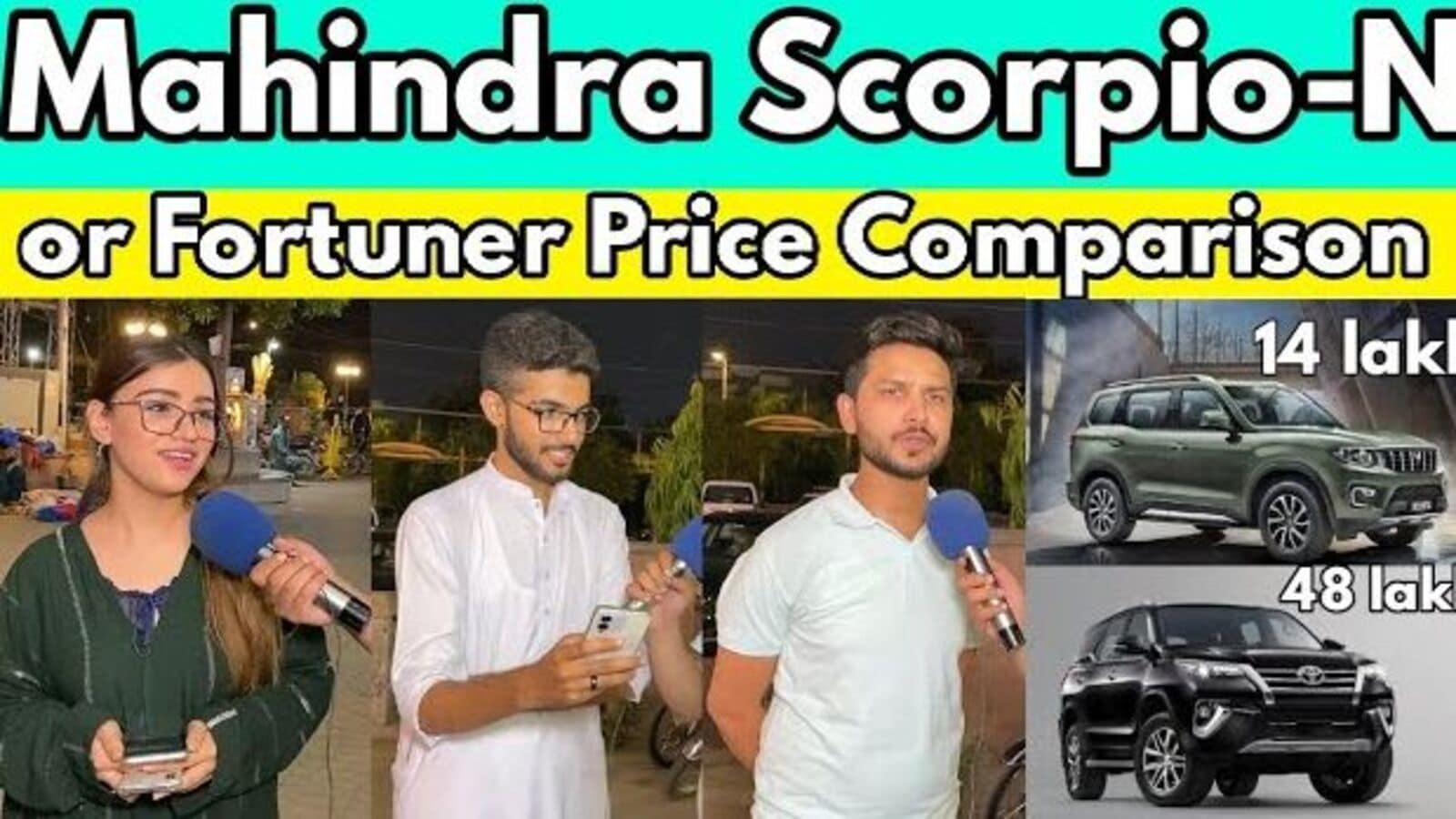 A video uploaded on a YouTube channel called PopKorns shows the reaction of the Pakistani audience over the new 2022 Mahindra Scorpio-N.

Mahindra Scorpio-N entered a new generation recently. With the latest update, the Scorpio-N gained a matured and evolutionary design making it a much more modern vehicle. Apart from the new aesthetic updates, the Scorpio-N also gained a host of features as well as mechanical, performance-focused changes. Needless to say, the new model is a big step up from its predecessor and it has also managed to grab eyeballs on an international level. A video uploaded on a public reaction YouTube channel called ‘PopKorns’ shows the reaction of the Pakistani audience over the new Scorpio-N. The video shows the majority of the people appreciating the design and looks of the new SUV, while some have even compared it with the Toyota Fortuner which sits in a higher segment. Some also quoted that it is ‘better than Fortuner’.

When asked about the expected price of the vehicle, a majority of the people quoted between PKR 80 lakh to PKR 1 Cr. And were taken by surprise when the anchor quoted that it costs ₹15 lakh in India. However, the exchange rates were not brought into the equation, as Indian Rupee is valued much higher. For the record, as per the current exchange rates, 1 Indian Rupee is equivalent to 2.59 Pakistan Rupee, making the Scorpio base trim cost PKR 31 lakh.

Whatever the case may be, Scorpio-N has managed to win hearts not just in India, but globally and it only reflects that the new Scorpio-N has come out to be a worthy successor in the family line of Scorpio that is a fairly popular SUV in its class.

Only recently Mahindra announced the pricing of the car which starts from ₹11.99 lakh for the Z2 Petrol MT variant with the pricing going up to ₹19.49 lakh for the Z8 L Diesel MT variant. The SUV is being made available in five trim options – Z2, Z4, Z6, Z8, and Z8L in both diesel and petrol engine options. The company has also announced that these introductory will be applicable only for the first 25,000 bookings.