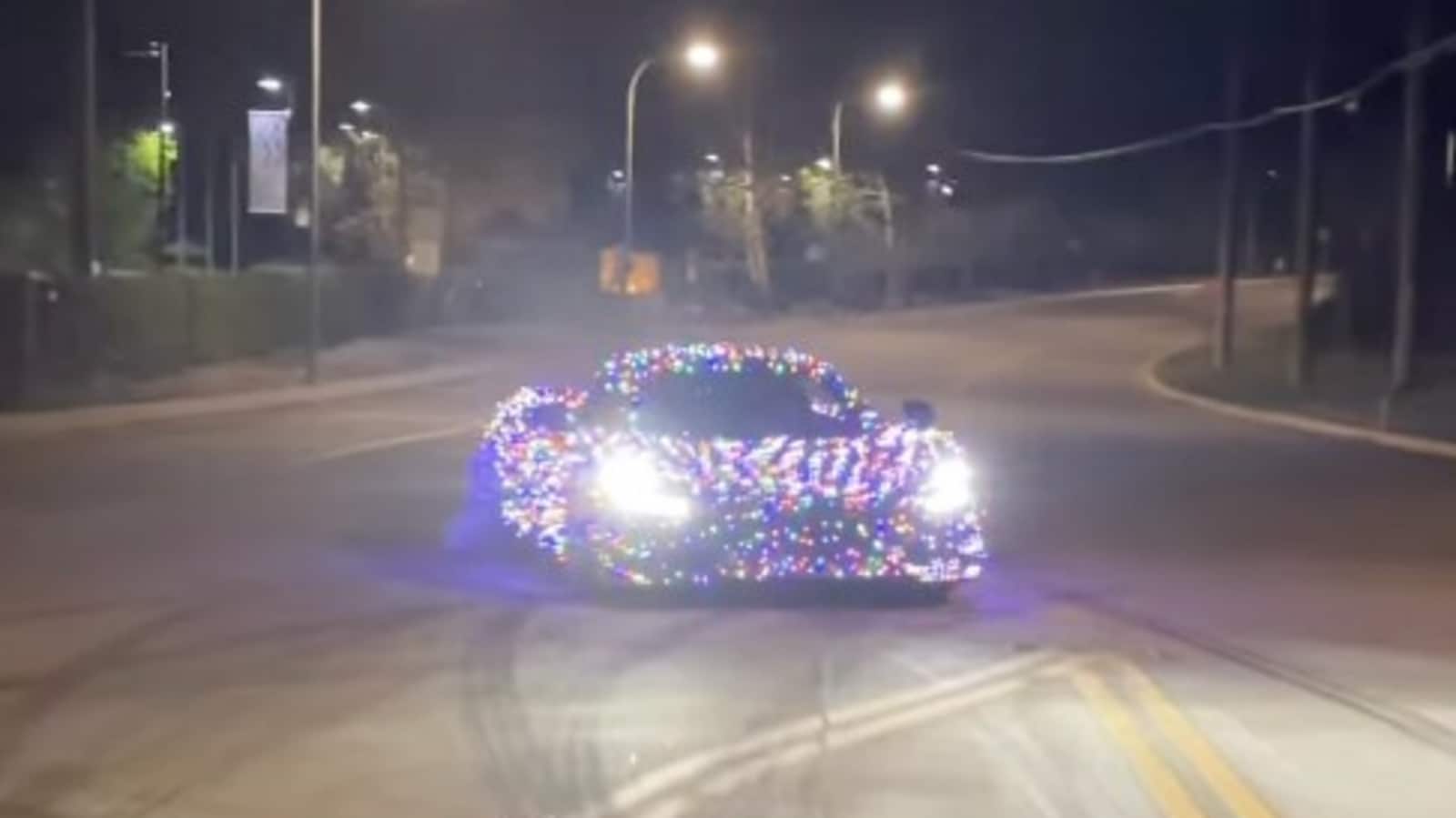 The McLaren 720S is already one of the most highly impressive supercars in the market. Meanwhile, a video has surfaced online showing an even more unique iteration of the British supercar. However, the specific McLaren 720S we are talking about is not from the manufacturer itself but customised cosmetically by an owner without making any change to the stock model’s body. The car has been spotted wrapped in Christmas lights and drifting around city streets. The video reveals that the entire supercar is wrapped with multicoloured Christmas lights, from the front splitter to the rear diffuser.

These vibrantly colourful lights made the McLaren 720S so bright that the car’s crisp silhouette couldn’t be made out perfectly in the dark. The Instagram video shows some B-Roll shots of tyre smoke, paddle shifting and Christmas lights flapping in the wind. Also, it shows the supercar performing stunts like doughnuts, burnouts and general sliding. The shots in the video have been remixed with Christmas music.

The McLaren 720S is the auto manufacturer’s second all-new model in the McLaren Super Series. It arrived in the market, replacing the 650S in May 2017 after being introduced to the world at the Geneva Motor Show in March 2017. The 720S supercar, according to McLaren, comes as 91 per cent new compared to its predecessor. This supercar is built on a modified carbon monocoque chassis, which is lightweight and stiffer than the previous model, the 650S. This two-door coupe has a rear-mid engine and rear-wheel drive, while the butterfly doors of the car give it an even more unique visual appearance.

Speaking about the powertrain of the McLaren 720S, the car gets a 4.0-litre twin-turbocharged V8 engine. This power mill is well capable of churning out 710 hp of peak power and 770 Nm of maximum torque. The McLaren 720S can sprint from 0-100 kmph in just 2.9 seconds at a top speed of 341 kmph.