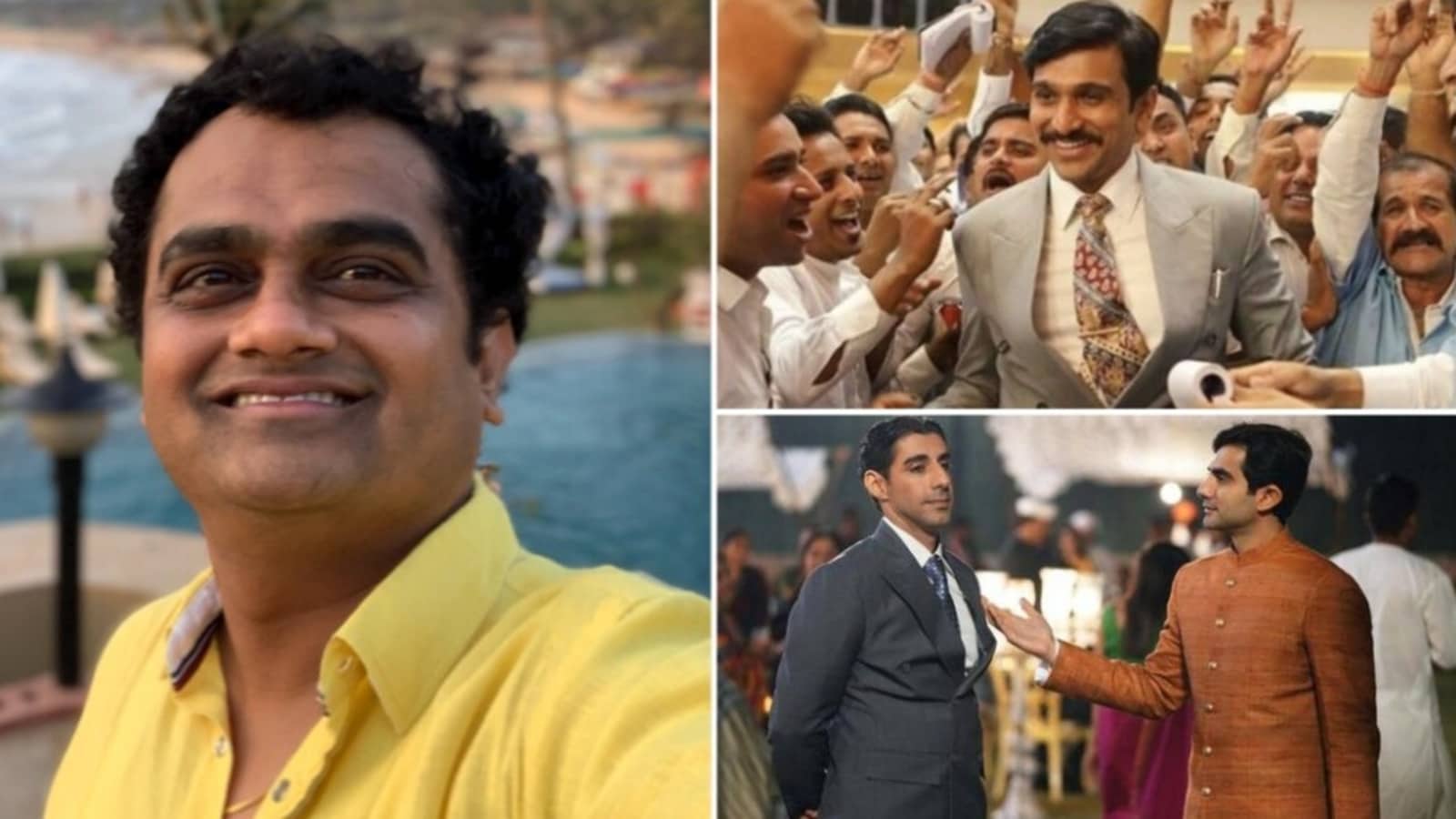 Amidst a bloated streaming space bursting with platforms, SonyLIV occupies an interesting position. For one, it’s one of the oldest platforms around, which relaunched in 2020 with a string of promising original shows. Later that year, the platform saw its first thunderous success with Scam 1992: The Harshad Mehta Story, one of the strongest, most refreshing Indian series to date. It represented the very best of storytelling on streaming – placing talent over known faces. It’s no wonder that the platform is similarly responsible for many of the best shows out there (Tabbar, Gullak, Rocket Boys), second only to Amazon Prime Video. Also read: Gullak season 3 review: This slice-of-life series manages a rare feat, keeps getting better each season

Big winners aside, even their originals that don’t entirely work show a sense of competence, promise, and originality (A Simple Murder, Uncommon Sense With Saloni Gaur, The Whistleblower, Chutzpah), suggesting that there are capable, creative minds behind the wheel. It’s probably why their subscriber base has grown to an impressive 18.2 million over two years, putting them well ahead of Netflix India (reportedly close to 5 million) and in the same league of subscribers as Amazon Prime Video. (As per reports, Hotstar still leads the charge with close to 50 million subscribers).

Over Zoom, I spoke to SonyLIV’s Head Of Content Ashish Gowalkar about the platform’s journey so far, what the future of the Indian streaming landscape looks like and also, the bugs with its app.

SonyLIV is actually one of the oldest OTT platforms in the country. We were around much before any of these big ones came in, but we were playing more of the TV catch-up content game. The real originals play started with SonyLIV 2.0, when we relaunched the platform in June 2020. When this new team took over, the vision was very simple: There were already big international OTT players in the Indian market, so we had to create something that was different.

When we started, we looked around and decided we wanted to tell stories of India. The entire geography of this country is so unique that every 100km the culture, food and language changes. That makes for a very rich treasure trove of tales that are native and local and waiting to be told. And not only in Hindi but also in the South. Starting July you’re going to see a lot more Tamil, Telugu and Malayalam content from us.

But the fact is that the entire OTT ecosystem is only five years old. Everyone is still learning. With every new show that drops on any platform, the entire fraternity learns, whether it’s a success or not.

When it comes to gaining subscribers, which is the name of the game, what would you say are the key drivers of that? Between great original shows, movie acquisitions and sports?

Subscribers are a tricky thing. All three things you mentioned are important and depends on your strategy how you want to approach each. For example we decided very early on that we wanted to stay away from acquiring the latest big Bollywood movies.

When we looked at our revenue and investment targets, we realised that if we invest more in the original content space then the yield might be better, and so far we’ve been right. But that’s not to say we wont be looking to do that in future. Once we have sufficient cash, we may well look to get into that game as well .

There’s something interesting about your programming, specifically within the family drama and comedy space, with shows like Nirmal Pathak Ki Ghar Wapsi, Potluck and Salt City. They’re all sweet, competent shows but hardly the kind that you see breaking the internet. What’s the rationale behind backing shows like that?

I’ll add a few more shows to that list. I think one of the most celebrated shows in that category is Gullak. It’s a wonderful show which takes you back to the nostalgia and nostalgia has always worked anywhere in the world. Similarly, we have a show like Tabbar which is far darker. Again, with that show, we did it very authentically and kept it rooted in Punjabi rather than forcefit it into Hindi.

Speaking of Malayalam cinema, you’ve had this recent hot streak of your Malayalam films winning big at the Kerala State Film Awards with films like Madhuram, Freedom Fight, Bhoothakalam and Churuli. What’s the secret to this curation?

The Sony brand lens helps a lot. The fact that people know we’re looking for cerebral, authentic stories. The second thing we do is back the creative conviction of the creators. We put the maker above everyone else.

If you take Churuli for example, I’m a big fan of Lijo Jose Pellissery (Angamaly Diaries, Jallikattu). When the film came to us, many from the team thought it was an indulgent film that doesn’t warrant that kind of investment. But then Lijo came to meet us and explained why he made the film and I was convinced. We need to back voices like that stand out, or else we’d be telling the same kind of stories again and again.

But many platforms say that for them the creator’s vision is what matters most. What is it specifically that you are doing differently?

Thats what I’m saying, we have a very robust content selection process. It’s not just that if I like it, it gets bought. We have a rigorous three tier process where a set of people watch it and then it comes to us and we see if it fits the Sony brand lens, and then we take a decision. Besides that, we aren’t looking for the typical star value.

For example there’s a Malayalam film we back called Thinkalazhcha Nishchayam, where not even a single actor is a known name, even in Kerala. But we love it and it did well purely because of the innocence of the concept. For filmmakers and storytellers, money is just one element. They also need a lot of love and respect. They like people who understand them. So, when we did a few of these films, naturally a lot of these kinds of films started to come to us because they knew this platform is supporting the kind of stories they want to tell.

I think thats pretty true across the board for you – the fact that they’re not always known faces and filmmakers. Whether it’s Scam 1992 or Tabbar. Is it fair to say then, that when it comes to SonyLIV, you’re not looking for the biggest projects, you’re looking for the best?

Absolutely. For us the most critical part is the maker, the script and the conviction. So far, we have not taken a single show that’s a “proposal” where it’s just about the big director or known actors. We dont buy proposals, we back stories.

Whethers its backed by known faces or not. For example with Maharani, we didn’t take Huma Qureshi because she’s a known name but because the maker Subhash Kapoor had full faith in her and because she wanted to give her all to that role. It wasnt just another project for her.

Great programming aside, the other conversation around SonyLIV are the issues that people keep having with the app. What’s being done on that front and does it frustrate you to see people loving the shows and complaining about the app in the same breath?

I think from where we were to where we are in terms of the app, there has been a massive improvement. Unfortunately whenever you are in this market you get compared with the gold standard. I’ll be honest and admit we aren’t the best in this category but we’re striving hard to be. I think in the last 6 months alone, our app ratings have improved and we are constantly investing in technology and things will get better. But beyond that, we’re the youngest in the game, we’re only two years old, so we ask people to please give us some leeway and just bear with us for a little longer. We are improving but there’s a long way to go still and we’re working towards that.

Where do you see the Indian streaming space going? There was only about 50 platforms 3 years ago and now there’s over 150 and growing, and we can only subscribe to so many. Are we headed into an era of consolidation? Where do you see all of this going?

I think the answer is in your question. As with all industries, within the OTT space we have the big international players, the younger startups and the niche players. But the real leading, big platforms are only around 10 or less than that. So, I think as we go ahead, the OTT universe will continue to grow and habits will continue to change. For example with streaming it’s all about choice. No matter how much I bombard you with ads, you decide what you want to watch.

There are also different kinds of viewers. Currently most major platforms are all focusing on a particular kind of viewer. It’s extremely male skewed – it’s about 80% male. The female-focused content is missing. Similarly, the young adult space isn’t captured at all, so that is a big space to focus on. Eventually all the platforms focusing on these niche areas will get bought up by a bigger player.

Currently we’re in a growth space and that will continue. There will be a saturation that kicks in at some point and then the consolidation will begin in the next 3-5 years. Till then, it’s a great time for content makers, for platform owners and most of all, for audiences.