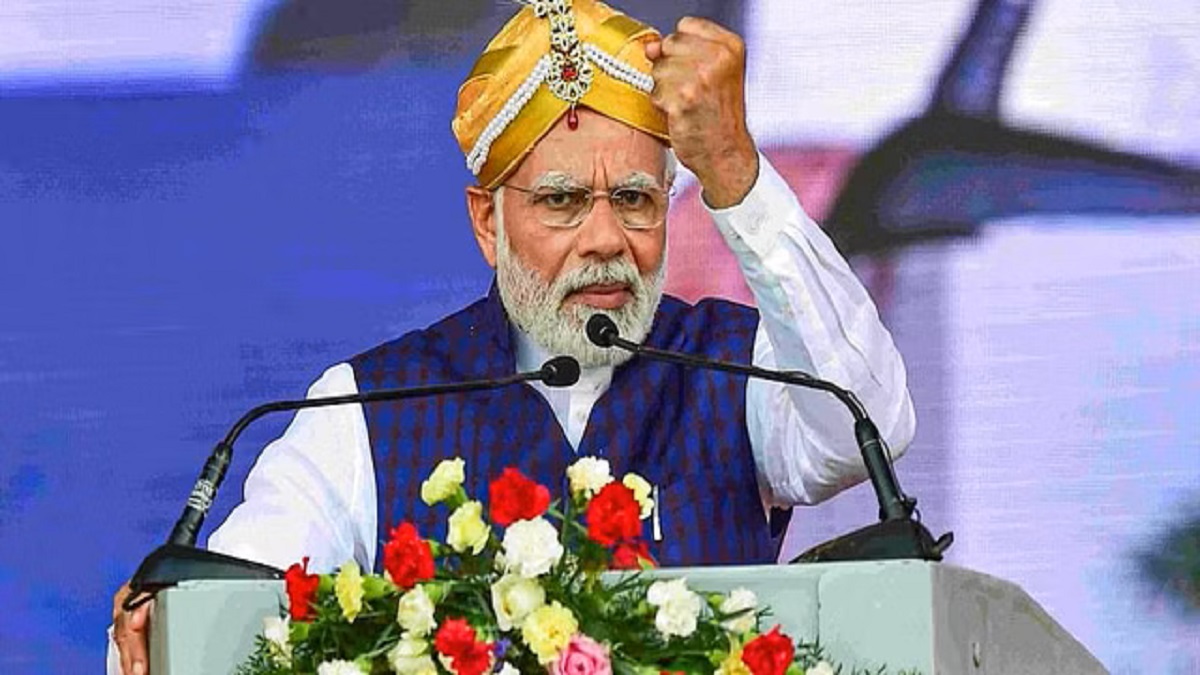 Pakistan economic crisis: Amid the worst-ever economic turbulence in Pakistan, several Opposition leaders are now using an old video clip of Prime Minister Narendra Modi where he spoke about the dire financial situation. In the latest trend, several leaders of Imran Khan’s party– Pakistan Tehreek-e-Insaaf (PTI)– shared an old video clip of PM Modi where he asserted how New Delhi’s continuous efforts compelled Islamabad to beg around the globe.

Evidently, the video was recorded in 2019 in Rajasthan’s Barmer, months before the general elections. “We destroyed Pakistan’s arrogance, forced them to go around the globe with a begging bowl,” the Indian Prime Minister could be heard saying in the video. Also, he slammed the then-Pakistan Prime Minister Imran Khan-led government for executing bomb blasts in India.

Evidently, PM Modi said this in reference to the threats by Pakistan’s government wherein it hinted to attack New Delhi using its nuclear arsenals following the Pulwama attack. “We have stopped fearing Pakistan’s threats. If they have nuclear weapons, ours are hardly kept for Diwali,” PM Modi had warned Islamabad in a satirical way.

However, as Pakistan witnessing the worst-ever economic crisis, the Opposition leaders are now sharing the old video of PM Modi to corner the incumbent Shehbaz Sharif-led government.

“Facilitate regime change. Hear what India’s Modi is saying about Pakistan. If there is no honour in you, then be ashamed. People of Pakistan. Therefore, the only way to save this country is to secure real freedom for Imran Khan,” roughly translated the tweet of Senator Azam Khan Swati. Interestingly, when PM Modi made these remarks PTI chief Imran Khan was holding the chair of Prime Minister.

On several occasions, former PM Khan also praised PM Modi’s policies while targeting his PM Nawaz Sharif over corruption. “No other leader except Nawaz in the world has properties worth billions. Tell me about one country whose Premier or leader has billions worth of properties outside the country. Even in our neighbouring country, how many properties does PM Modi has outside India?” he had said at a public gathering in September.

Earlier on Saturday, Prime Minister Shahbaz Sharif lamented the situation and said it was shameful for a nuclear country to beg in front of other nations in order to fulfil the basic demands of its citizens. The statement from Sharif came days after the United Arab Emirates agreed to extend a $2 billion loan to Islamabad.

The Middle Eastern country also pledge to provide an additional $1 billion as Pakistan struggles to recover from devastating floods this summer and a dire economic crisis.

According to The News International, PM Sharif, while addressing the passing-out ceremony of probationary officers of Pakistan Administrative Service (PAS) on Saturday, said it really embarrassed him to ask for further loans, adding that seeking foreign loans was not the right solution. He said that the loans would further escalate the worsening situation, amid the fact that it would have to be returned in a certain time period.

It is worth mentioning that the country has been reeling under the worst economic crisis following a three-month flood that washed away nearly all major crops in the country. However, the situation was not “alright” for Pakistan even before the natural disaster hit the nation. According to multiple local media reports, edible oil was sold at Rs 600 per litre even in the first week of August and ghee at nearly Rs 700 per litre. The situation turned grimmer after the deadly floods, wherein more than 2,000 people were killed and thousands went missing.

In December, local media reported that the cost of cooking gas rose to Rs 1,200 per kg near Afgan border regions while the cost of flour went up to Rs 160-170 per kg.

Pakistan does not have much time to act

Commercial banks’ foreign currency reserves stood at USD 5.8 billion, taking the country’s cumulative reserves to around USD 10.18 billion. SBP’s reserves have dropped by USD 12.3 billion in the last 12 months; from USD 16.6 billion on January 22, 2022, to USD 4.3 billion on January 6, 2023, reported The News International.

Friendly countries like Saudi Arabia, have been “studying” the possibility of an additional USD 2 billion deposit, but it is not yet clear how much time they will take to make the decision, added the report.