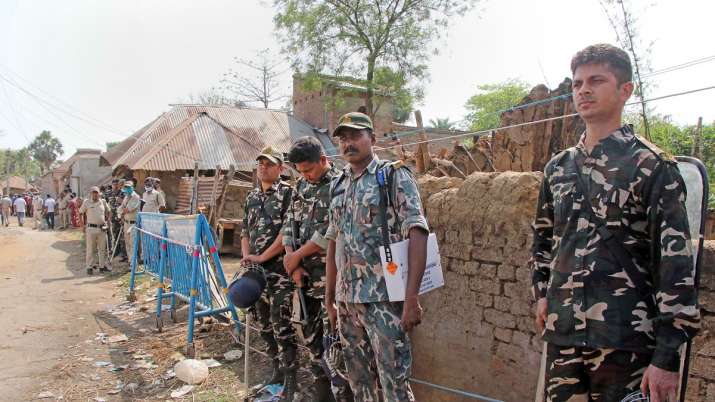 Birbhum/Rampurhat Violence News: West Bengal Governor Jagdeep Dhankhar on Tuesday shot off a strongly-worded letter to Chief Minister Mamata Banerjee over Birbhum violence and the scuffle that broke out between TMC, BJP MLAs inside the Assembly on Monday. Dhankhar, in his letter, underlined that lawlessness and violence has skyrocketed in Bengal and asked her to meet him at the earliest.

“Recent alarmingly worrisome developments, reflecting increased lawlessness and violence, make it imperative that you spare time earliest for an interaction at Raj Bhavan,” the letter stated.

“Already cliff-hanging governance in the state, from the perspective of Constitution and law, has recently been further strained by horrifying incidents at Rampurhat and in the hallowed precincts of the Assembly,” it added.

The Birbhum killings had also spawned violence in Bengal’s legislature, with MLAs from the ruling TMC and the BJP exchanging fisticuffs after heated arguments over the Birbhum killings, prompting the speaker to suspend five saffron party MLAs, including Leader of Opposition Suvendu Adhikari.

Some eight people were burnt to death in the early hours of March 21, after unknown assailants attacked some 10 houses in Bogtui village near Rampurhat with petrol bombs setting them on fire. One of the injured women succumbed to her injuries on Monday (March 28) taking death toll to 9.

The attack is suspected to have been planned as revenge for the murder of a local TMC leader with its roots in rivalry over illegal sand mining.

The Central Bureau of Investigation (CBI) is probing the incident following the direction of Calcutta High Court.