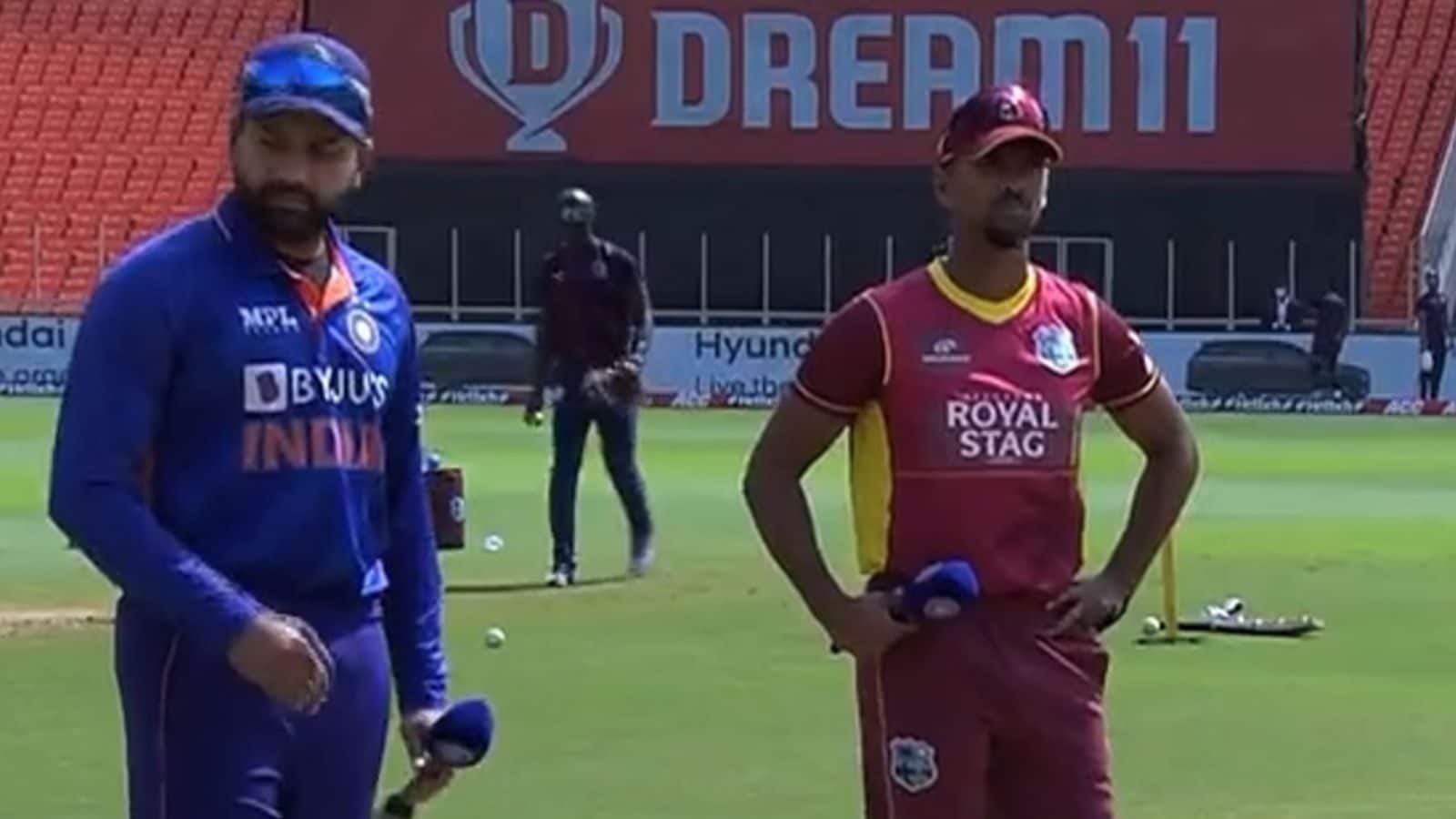 The West Indies on Wednesday won the toss and opted to bowl in the second ODI against Team India at the Narendra Modi Stadium in Ahmedabad. In the absence of regular skipper Kieron Pollard, who missed out due to fitness issues, Nicholas Pooran stepped into the captain’s shoes for the game.

After losing the first game by 6 wickets, the tourists will look to bounce back in order keep the series alive. The West Indies made a forced change to the final XI where fast bowler Odean Smith comes in as Pollard’s replacement.

“We will bowl first. Kieron isn’t fit enough, has a niggle. We’re staying in the present, the goal is to play a good brand of cricket, for the entire duration of the game. Just one change for us – Odean Smith is in,” said Windies stand-in captain Nicholas Pooran.

Team India, on the other hand, have also made a change to the winning combination. Vice-captain KL Rahul returned to the mix and replaced wicketkeeper-batter Ishan Kishan.

Captain Rohit Sharma admitted that batting first will be challenging at the Motera track, adding that the team is looking forward to getting runs on the board after losing the toss.

“It’s going to be a challenging one, we always wanted to bat first, put the score on the board and today gives us a chance. We’re not thinking too far ahead at the moment, if we do the things right, we will always do well and get the runs on the board. One change for us – KL Rahul comes back in place of Ishan Kishan,” said Indian skipper Rohit Sharma at the toss.

Here are the playing XIs of both teams: