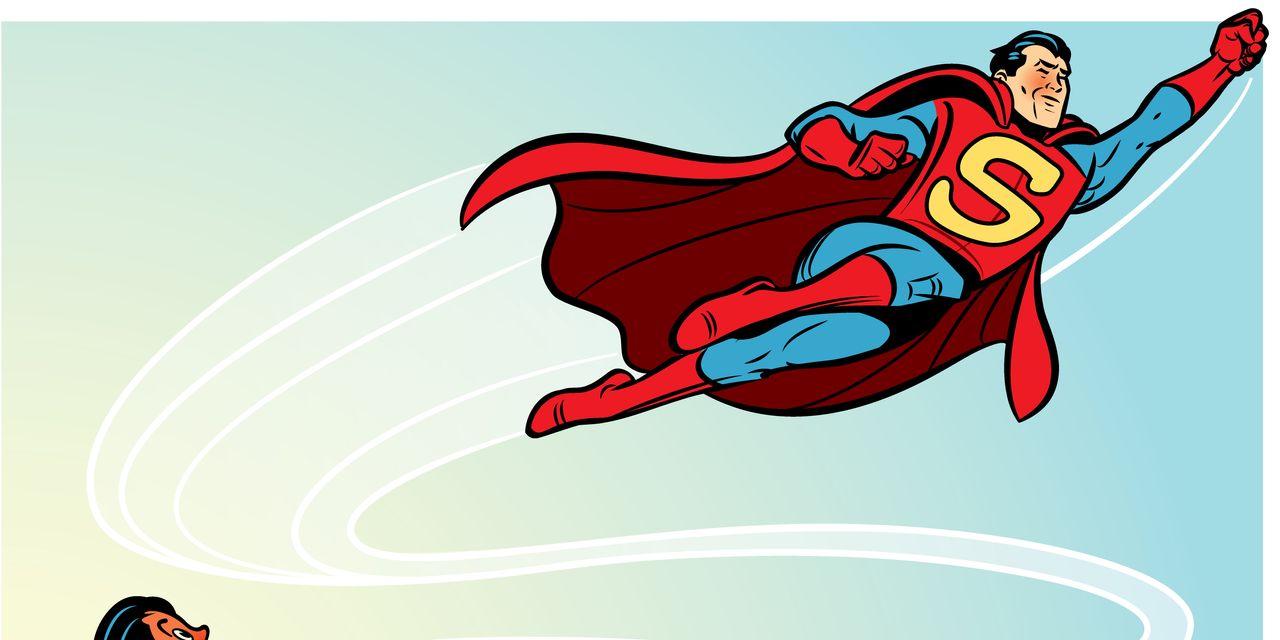 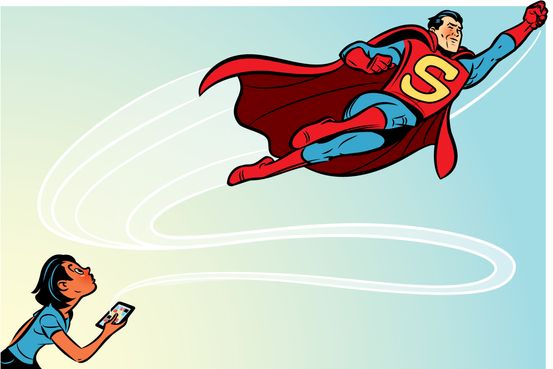 Unlike regular apps, which for years have been built to do one thing well, so-called super apps can do it all, or at least that’s the idea. By granting them powers that previously required firing up many other apps, their builders hope you’ll spend more time with them than ever.

If the phrase “super app” sounds familiar, it’s because a procession of big-name tech companies have been touting the idea recently, including Uber, Spotify, PayPal, Snap and

raised the concept when discussing his plans for Twitter.

The definition of “super app” is fuzzy, but companies and their leaders most often use it to describe a state of cramming ever more features and functions into their apps—often ones adjacent to, but distinct from, their core functionality. So, for example, a financial-tech super app might start with payments and bolt on buy-now-pay-later, cryptocurrency and in-app storefronts. For social media, it could mean incorporating things like shopping. And for a delivery and ride-hailing company, it might mean adding new modes of transportation or other categories of goods for drivers to convey.

There are economic, historical, regulatory and cultural reasons to believe that none of these companies are going to build a true do-it-all super app. But their attempts could reshape how millions of people interact with some of the most used apps and services on their devices. It could also have profound implications for how these companies generate revenue, and what types of businesses they pursue.

For companies, building super apps is about maintaining growth despite current economic headwinds and changes in how revenue is generated on the internet. It’s also about gaining an edge in the battle with competitors to capture as much of our time, attention and money as possible.

If super-app efforts succeed, the days of using single-serving apps—one for maps, another for chat, a third for shopping—could be numbered. This vision isn’t necessarily user-friendly. Multifunction super apps could bring users more convenience, if done well. But the result also could be further consolidation of power over e-commerce, data and attention in the hands of today’s tech neo-conglomerates.

If the super-app idea is newly current, it’s hardly new.

launched in 2011 by Chinese internet giant Tencent, is the archetypal super app. It started as a cross between a messaging app and a social medium, but has grown to encompass everything from ride hailing and e-commerce to mobile payments and even government services. Today it has nearly 1.3 billion users, mostly in China.

WeChat didn’t set out to become a super app, and in fact there’s no word in Chinese for “super app,” says Kevin Shimota, former head of global marketing and partnerships at WeChat. WeChat became so dominant by slowly adding features, starting with payments. Eventually, WeChat launched a platform for “mini apps” within WeChat itself, but no one knew if it would be a success at first, adds Mr. Shimota.

App Store or Google’s Play Store in the rest of the world. More than one million apps are accessible within WeChat. But unlike western app stores, WeChat tries to only make them available when a user needs them, rather than making them easily accessible via a single search interface, says Mr. Shimota.

Other apps in Asia that have aspired to similar comprehensiveness—albeit none quite as successfully—include Alipay in China, Gojek and Grab in Southeast Asia, and Line in Japan.

The dominance of these super apps has long been a source of envy for U.S. tech executives, who must content themselves with dividing users’ attention and spending among their companies.

There are many theories about why a true super app hasn’t arisen in the West. The most common is that by the time companies like Tencent began building them, the West already had a well-developed ecosystem of companies and services serving the different needs that Asian super apps consolidated.

Many of these services in the West started on PCs. In China, most people’s first experience of the internet was on a mobile device, and users had no expectations about how it should work, says Feifei Liu, a researcher with user-experience consulting firm Nielsen Norman Group. The simultaneous rise of WeChat and the boom in smartphone adoption in China created a different set of expectations for what a single app should be able to do, she adds.

It’s not a perfect analogy, but in a way, Apple’s and Google’s app stores have been the super apps of the West.

The super-app dream that never dies

Even if the West is unlikely to get a true super app like WeChat, executives of U.S. and European tech companies have lately grown fond of the idea of turning their app into a super one.

During his first call with

employees, in June, Mr. Musk said that his ambitions include turning it into a super app like WeChat, possibly through the addition of payments. Shortly after,

called Musk’s ideas about a super app “compelling.” In May, Block executive

told investors the company plans to turn the combination of its Cash App and Afterpay buy-now-pay-later service into a super app. Last July,

executives told investors the company would be turning theirs into a super app.

While they haven’t said the magic phrase, many other companies have announced features or plans that show super-app ambitions, says Yoram Wurmser, principal technology analyst at Insider Intelligence, a research firm that specializes in tech.

is aggressively adding features to Instagram to make it possible for users to shop within the app without ever leaving it. The main Facebook app also continues to get new features, including its Marketplace (relaunched 2016), Gaming (launched 2018), Dating (2019) and Podcasts (2021).

“WeChat didn’t set out to become a super app, and in fact there’s no word in Chinese for ‘super app.’”

Meta has also been an important counterexample of the utility of super apps. It has never attempted to really integrate its acquisitions Instagram or WhatsApp into the main Facebook app, for example. As a result, both have continued to grow quickly, and capture a younger and more international audience. In 2014, Facebook even split off its own Messenger app from its main app.

The difference between Facebook’s actions in the 2010s and its present strategy could reflect a desire to create not one but many super apps, where each of Facebook’s main properties continues to gain features that make them progressively more like WeChat.

Rival TikTok, meanwhile, is testing its Shop feature in a number of countries outside the U.S., and it seems inevitable that it will come here next. Alongside its Tips feature, which allows users to send money directly to content creators, these experiments could lead to other forms of payments and related e-commerce features.

Another major category of tech companies turning their apps “super” are delivery and ride-hailing ones. A recent report by Mr. Wurmser outlines these developments:

the money-losing ride-hailing company that also loses money on food delivery, has declared its intention to create a super app in the U.K. by adding tickets for trains, buses and planes, plus car rentals. In the U.S., Uber has added groceries and a health division that delivers prescription drugs.

Anyone who is a heavy user of these apps can attest that things are changing inside of them, and from the experience of users in the West who are accustomed to relatively minimalist design and single-purpose apps, not always for the better.

A case in point:

has added podcasts (2018), audiobooks (2022) and video streaming (2022) to its original music-streaming offering. But its rapidly growing list of content types can be a chore to navigate on the company’s mobile app.

The decline of advertising and the rise of mobile commerce

For companies that sell advertising, another powerful force is pushing them toward keeping people inside of increasingly feature-rich super apps: Ad targeting is becoming less effective as Apple, Google and government regulators make it more difficult to track users across apps and websites.

Apple’s App Tracking Transparency technology, in particular, will deal an estimated $10 billion blow to Meta’s revenue in 2022, the company has said. Google has signaled it will roll out similar changes in its own app store beginning as early as 2024.

How likely are you to embrace multifunction super apps? Join the conversation below.

To offset that shortfall, Meta is trying to keep users inside its apps, where it can gather data on them and target them with advertising, without interference from Apple. It’s not just Meta that is hurt by these changes. The result is that every advertising-dependent company with the means is trying to build what mobile-advertising analyst Eric Seufert calls “content fortresses”—essentially apps that keep users captive by offering them more content, more features, and the ability to complete purchases without leaving their apps.

Another factor making shopping and transactions more possible within apps that built their user base around other activities is that paying for things online is easier than ever. A profusion of single-click payment and checkout services are now available to merchants, with new ones arriving all the time. About 40% of purchases were completed on a mobile device in 2021, according to Insider Intelligence. A decade earlier, that figure was 7%.

“I think a super app can definitely work in the U.S.,” says Mr. Shimota, the former WeChat executive. But, he adds, it will take time for it to develop, as companies slowly add features to their apps and users become accustomed to them.

Even WeChat has its trade-offs, says Ms. Liu. Over time, users have grown accustomed to them, and have come to appreciate the way an integrated super app offers conveniences that a more fragmented internet of mobile websites and apps cannot.

As companies look to keep users inside their walled gardens and introduce them to services they might not already be using, it’s likely to mean we’ll be spending more time inside individual super apps—whether or not we think they’re all that super.

For more WSJ Technology analysis, reviews, advice and headlines, sign up for our weekly newsletter.

Write to Christopher Mims at christopher.mims@wsj.com