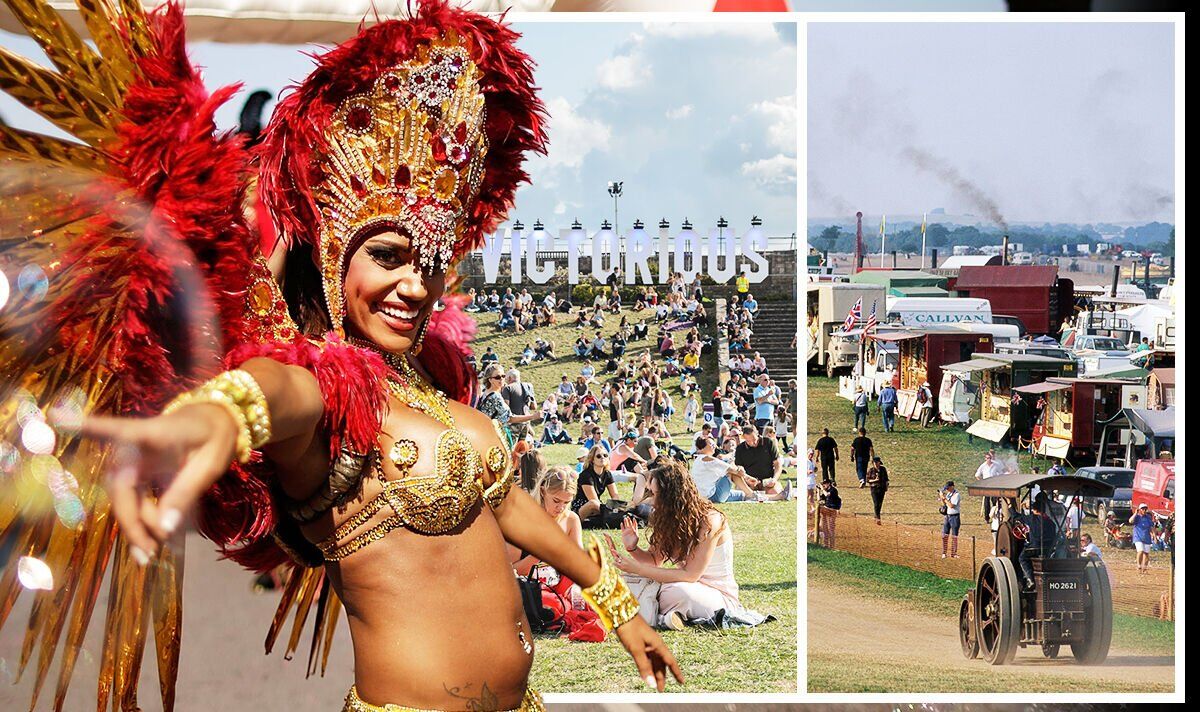 There are just three bank holiday dates left on the calendar this year, including the much-anticipated three-day weekend in August. People across England, Wales, and Northern Ireland will benefit from an extra day off work, with many hoping to catch the last of the summer sun. Here are the exact dates for the 2022 August bank holiday weekend and the best national events going on near you to mark the occasion.

When is August bank holiday weekend?

The August bank holiday takes place at the end of the month every year though the dates often change.

This year, the summer bank holiday falls on Monday, August 29.

While this means an extra day off work for many people in England, Wales and Northern Ireland, Scotland does not recognise the date as a national bank holiday.

Instead, Scotland enjoyed an earlier summer bank holiday at the beginning of the week, on Monday, August 1.

The summer bank holiday was introduced in the Bank Holidays Act 1871 and took place for the first time that year.

In England, Wales and Northern Ireland, the summer holiday date was moved from the first, to the last Monday in August, following a successful trial that began in 1965.

Since 1971 when this change was observed, the holiday has always fallen on the final Monday of the month – though this is not the case in Scotland, which chose to keep the original date.

As the bank holiday was established by an Act, it is not linked to any religious ideologies unlike the spring bank holidays.

The summer bank holiday was introduced in the Bank Holidays Act 1871 and took place for the first time that year.

In England, Wales and Northern Ireland, the summer holiday date was moved from the first, to the last Monday in August, following a successful trial that began in 1965.

Many shops and services will be closed for the bank holiday but there are plenty of events scheduled to take place over the final weekend in August.

Held in Malton, this three-day event is a “culinary celebration” of Yorkshire’s finest produce.

Over 150 artisan stalls and street food vendors take over the village, while celebrity chefs and live musicians showcase their skills.

Friday night will see Primal Scream and Self Esteem joined by headliners Stereophonics, while the likes of Paolo Nutini, Sam Fender, and the original Sugababes trio take to the outdoor sea-view stages on Saturday and Sunday.

This annual festival celebrates the music of the most famous pop group in the world, with talks, performances and exhibitions held all weekend.

The streets of Notting Hill and Ladbroke Grove will come alive again for the first time since 2019 when Notting Hill Carnival returns over the August bank holiday weekend.

All About Dogs, Norwich, Norfolk

This canine event will be held at the Norfolk Showground on August 28 and 29, with everything from arena displays to expert advisers on hand to welcome you and your dog.

The event also has dog-friendly camping facilities, so you can enjoy both days of shows and activities without having to make the journey home.

Said to be the world’s largest heritage event, the iconic steam fair will take place between August 25 and 29.

Here you can enjoy a weekend showcase of Britain’s largest industrial, agricultural and leisure steam vehicles.