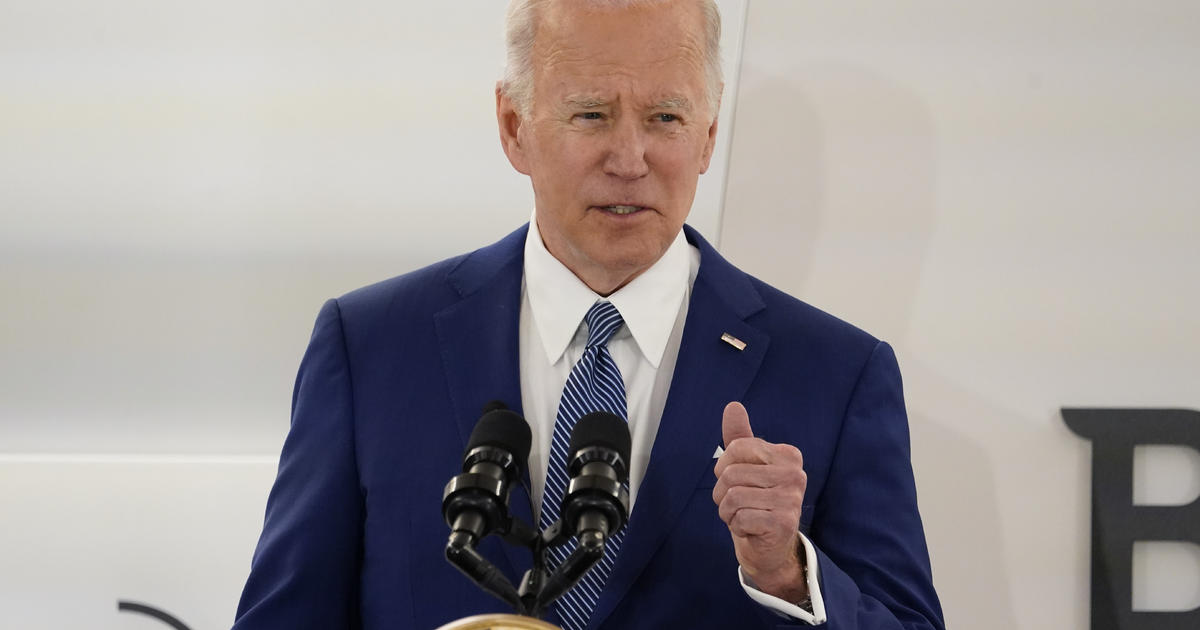 The Biden administration on Monday unveiled the president’s budget proposal for 2023, totaling more than $5.7 trillion in spending and including a new tax on billionaires as the president looks to lower the deficit moving forward. In it, President Biden lays out his priorities for the coming year, which could be pivotal heading into the midterm election. This is the first step in the lengthy budget process and comes just weeks after Congress passed the omnibus spending bill for the rest of 2022.

In a statement, Mr. Biden said his budget sends a “clear message that we value fiscal responsibility, safety and security at home and around the world, and the investments needed to continue our equitable growth and build a better America.”

Last year, the economy grew by a record 5.7% as the U.S. added more than 6.5 million jobs as the United States digs out from the coronavirus pandemic. But the country has been hit with the fastest inflation in 40 years, with prices up 7.9% from one year ago, and the national debt topped $30 trillion for the first time in history this year.

As talks with Congress continue on Mr. Biden’s Building a Better America agenda, which includes priorities once part of the Build Back Better Act like affordable child care, combating climate change and cutting health care costs, the administration is proposing tax reforms to pay for those priorities, feeding a reserve fund so paying for that legislation would not add to the deficit.

“We’ve been clear, the president wants to sign legislation that cuts costs for families and reduces the deficit,” said Office of Management and Budget Director Shalanda Young.

The Biden administration projects the deficit will be $1.3 trillion lower in 2022 than last year – the largest one-year decline in U.S. history, coming off massive spending to combat the coronavirus pandemic and economic fallout.

The Biden administration is also focused on efforts to tackle affordable housing with a $50 billion proposal for housing construction and supply to address the existing market gaps and help stabilize the housing market over the long term.

As the U.S. continues to face supply chain bottlenecks that have helped drive up costs across the country, the president is also looking to speed up the movement of goods through ports with $230 million for ports development and $1.7 billion for the Harbor Maintenance Trust Fund. Mr. Biden is also seeking an extra $125 million to help bolster domestic manufacturing. There is also $200 million for new solar manufacturing.

Meanwhile, as the U.S. and allies turn their focus on Russia for its invasion of Ukraine, the proposed budget also includes $6.9 billion for the European Deterrence Initiative, NATO, and other efforts to counter Russian aggression. The budget also calls for nearly $1 billion for the State Department, USAID, and Department of Defense in assistance to Ukraine.

While the president’s proposal to tackle climate change was stalled in the Build Back Better Act, the budget calls for multiple provisions to combat climate change including $3.3 billion for green energy projects, $18 billion for climate resilience programs across the federal government, and $11 billion in international climate finance among other efforts.

Efforts to pass the president’s budget will face challenges in Congress where the Senate is split 50-50 and Democrats maintain only a slight majority in the House.