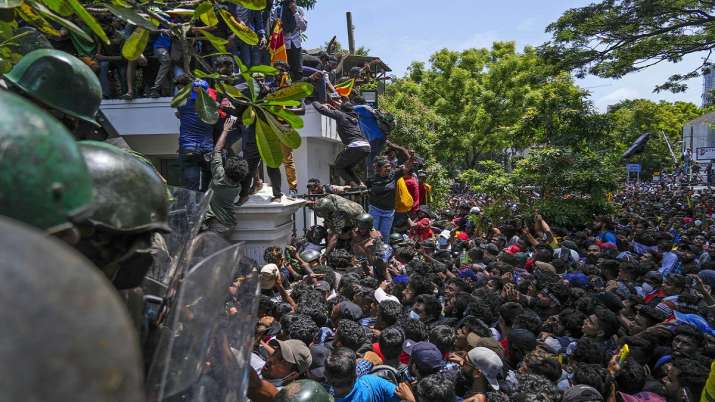 Sri Lanka economic crisis: A close neighbour to India and a great tourism hub, Sri Lanka saw its worst economic crisis in the past few months. The rates of gas, energy, basic food supplies have skyrocketed, forcing families to survive on just days worth of rice. While Lankans had blamed the Rajapaksa family – who have now been removed, fled or resigned – for the financial collapse, there are other issues too that are mounting the same crisis-like situation in other developing nations as well.

Experts say a dozen countries — including Egypt, Tunisia, Sudan, Afghanistan and Pakistan — could suffer the same fate as Lebanon and Sri Lanka, as the post-pandemic recovery and war in Ukraine spark global food shortages and a surge in prices.

Countries in most trouble out of the dozen

The Latin American country so far has the biggest debts, with over $150 billion. The peso now trades at a near 50 per cent discount in the black market, reserves are critically low and bonds trade at just 20 cents in the dollar – less than half of what they were after the country’s 2020 debt restructuring.

Another Indian neighbor, Pakistan had recently made a crucial deal with the IMF recently as the Foreign currency reserves have fallen to as low as $9.8 billion, hardly enough for five weeks of imports. The Pakistani rupee has hit record lows, and the government is currently paying 40% of its revenues on intersts.

Tunisia is one of the many african countries that are on the IMF’s risk bucket. The country’s 10 per cent budget deficit is one of the highest public sector wage bills in the world. Tunisian bond spreads – the premium investors demand to buy the debt rather than US bonds – have risen to over 2,800 basis points.

Egypt has a near 95 per cent debt-to-GDP ratio and has seen one of the biggest exoduses of international cash this year – some $11 billion according to JPMorgan.

Amid the Russian invasion, Ukraine’s infrastructure, and military spending were put on a high spending horse. This means, the country will almost certainly have to restructure its $20 billion-plus of debt, heavyweight investors such as Morgan Stanley and Amundi warn. The crunch comes in September when $1.2 billion of bond payments are due.

What is causing the downfall?

While most countries’ debt to GDP ratio worsening can be credited to their pandemic response, the cost of servicing borrowing rise also is another key factor.

The UK’s Telegraph noted that already, 107 countries are witnessing at least one of three shocks: rising food prices, surging energy costs or tighter financial conditions. Of the 69 countries experiencing all three shocks, 25 are in Africa, 25 in Asia, and 19 in Latin America and the Pacific.

Amid the Russia-Ukraine war, which also serves as another factor of the debts, oil prices have jumped. The exports have been cut off majorly amid the war, resulting in rising in food prices across developing countries. Fuel inflation hit the poorer nations, resulting in more external debts.

Experts warn that, across the globe, the war in Ukraine could be the domino that pushes millions into an untenable situation. If that happens, expect political and social turmoil to follow in some regions – and the ripple effects to be substantial.