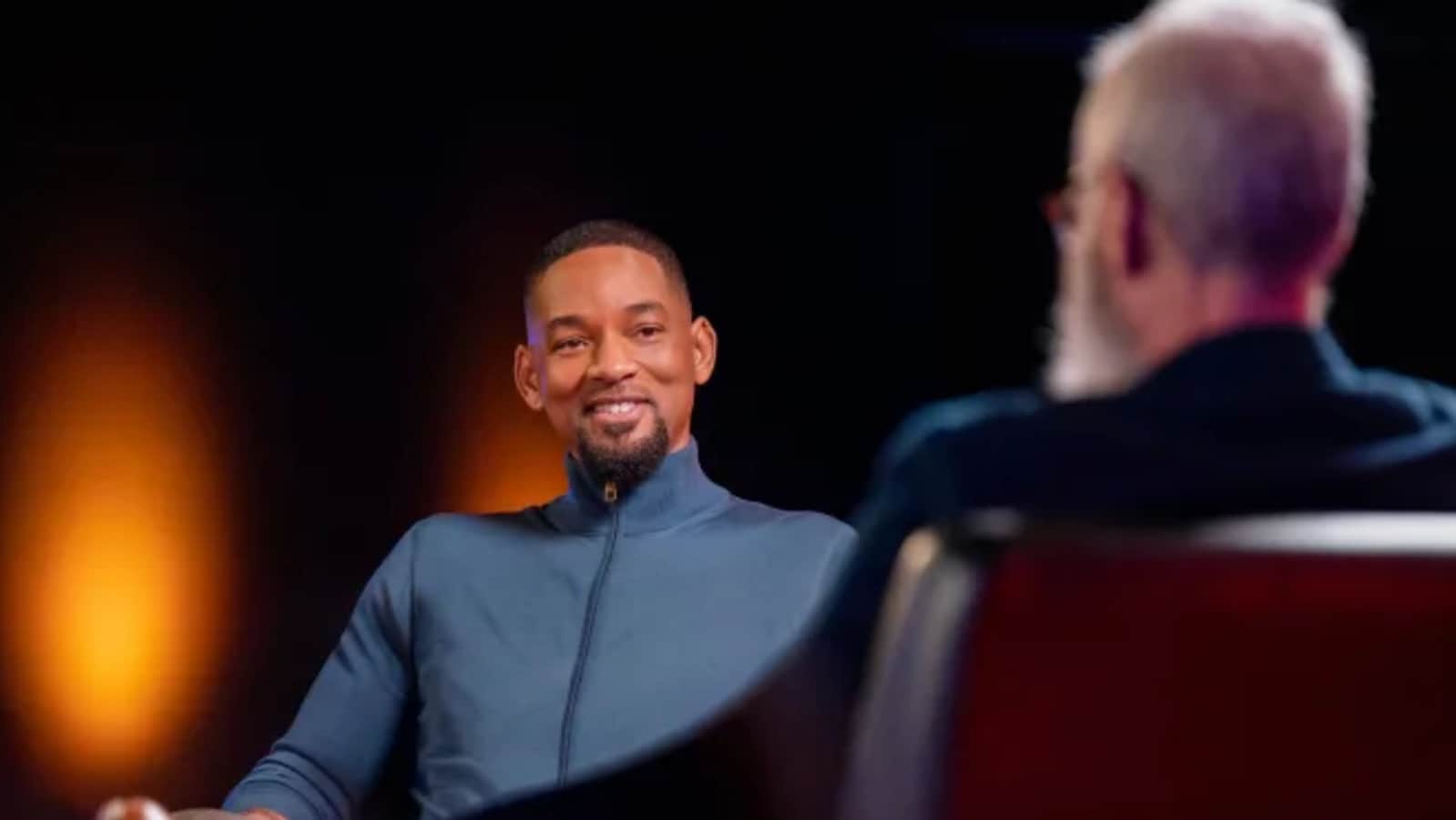 Will Smith appears in his first interview since the slap incident between him and comedian Chris Rock at the 2022 Oscars, which resulted in the actor being banned from the Oscars for 10 years. He is seen being interviewed by David Letterman for season 4 of the Netflix series, My Next Guest Needs No Introduction. In the interview, which was taped prior to the Oscars, Will told David about his 2021 memoir, titled Will, and the ‘pain’ stemming from his childhood. The episode was released on Netflix on May 20. Read more: Andrew Garfield reveals who he was texting in viral pic after Will Smith slapped Chris Rock at the Oscars

Will’s appearance on the show was prefaced with the disclaimer: “This episode was filmed prior to the 2022 Academy Awards ceremony.” The Netflix show will also have Cardi B, Kevin Durant, Billie Eilish and actor Ryan Reynolds as guests this season. Actor Shah Rukh Khan was featured in an episode of the talk show, in 2019.

The My Next Guest Needs No Introduction interview saw Will speak about his memoir, admitting that he’s always thought of himself as “a coward,” due to a traumatic experience, when he was nine. According to an E! News report, Will shared that he watched his mother get beaten up by his father without him stepping in to save her. “Life is so exciting to me right now because I can reach people differently than I’ve ever been able to reach people, largely because of my pain,” he said.

Will said his childhood experience drove him to project a cheery, positive image throughout his life. “When I showed up, I wanted people to feel good and be happy… Because I found that when my household was that way, I felt safe,” he said. At one point in the episode, David references his mother, with the actor responding jokingly, “Don’t say nothing about my mother, Dave.” Will also spoke about his boxing training for the film Ali before demonstrating punching form. To which, David joker, “Show me that, but don’t hit me.”

Will made headlines in March when he stormed the Oscars stage, and slapped presenter Chris Rock, after the comic made a joke at the expense of his wife, actor Jada Pinkett. The actor returned to the Oscars stage later in the night to accept his first award for the tennis drama, King Richard. He later apologised for his actions via Instagram, calling them “unacceptable and inexcusable,” and resigned from the Academy of Motion Picture Arts and Sciences. The Film Academy then banned Will from attending Oscars ceremonies and other Academy functions for the next 10 years.