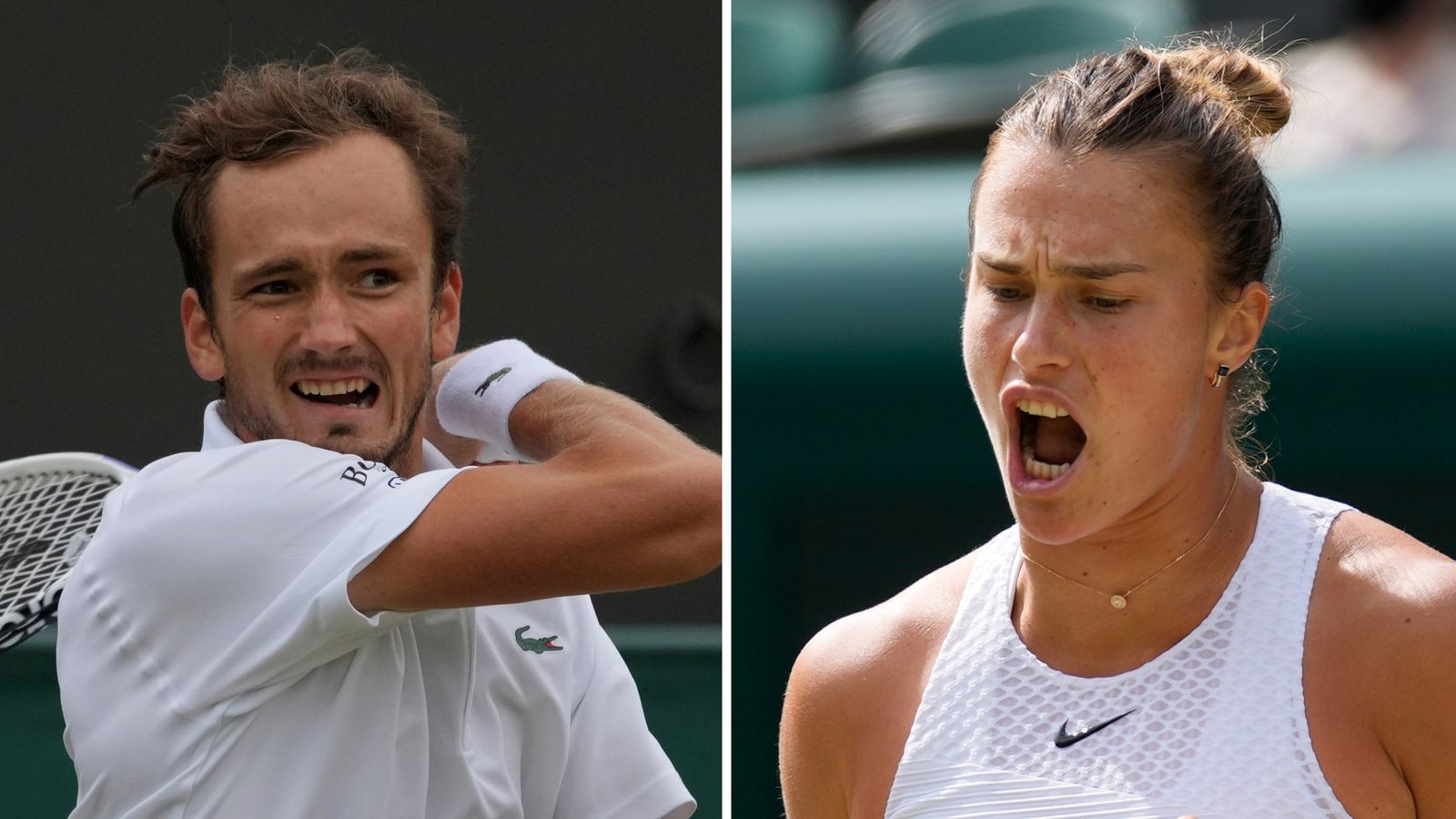 Wimbledon has been stripped of its world ranking points for banning Russian and Belarusian players.

The ATP, in charge of the men’s game, said it had acted with “great regret and reluctance” but that “discrimination by individual tournaments is simply not viable”.

Women’s tennis governing body the WTA also said it was stripping the event of its points.

It said players “should not be penalized or prevented from competing solely because of their nationalities or the decisions made by the governments of their countries”.

Wimbledon announced the ban in April due to the invasion of Ukraine.

The LTA, which runs the game in Britain, also barred Russian and Belarusian players from all its competitions.

Andy Murray, Rafael Nadal and Novak Djokovic are among those who have criticised the ban.

Wimbledon organiser the All England Club said it was deeply disappointed by the “disproportionate” decision of the ATP and WTA.

It said that while it deeply regretted the impact on players, it stood by the ban, and that it had made the “only viable decision for Wimbledon as a globally renowned sporting event and British institution”.

A proposal to allow players to compete if they sign a declaration condemning the war “would carry significant scrutiny and risk”, said the All England Club.

It added that it was “unwilling to accept success or participation at Wimbledon being used to benefit the propaganda machine of the Russian regime”.

“We are considering our options, and we are reserving our position at this stage. We are also in discussion with our Grand Slam colleagues,” its statement said.

Culture Secretary Nadine Dorries said the government “stand squarely behind the decision that Wimbledon and the LTA have taken to stand up for what is right”.

She said the tennis authorities’ decision “does not send the right message to either Putin or the people of Ukraine”.

To date, Russian and Belarusian athletes have been permitted to continue playing in ATP, WTA and ITF competitions as long as they do so under a neutral flag and with no anthem played.

Both the ATP and WTA have reiterated their unswerving support for the people of Ukraine and their condemnation of the Russian invasion.

Wimbledon begins on 27 June and concludes on 10 July.

Many other sports have pulled events scheduled to take place in Russia, and the country’s athletes have also been excluded from competition in many cases.