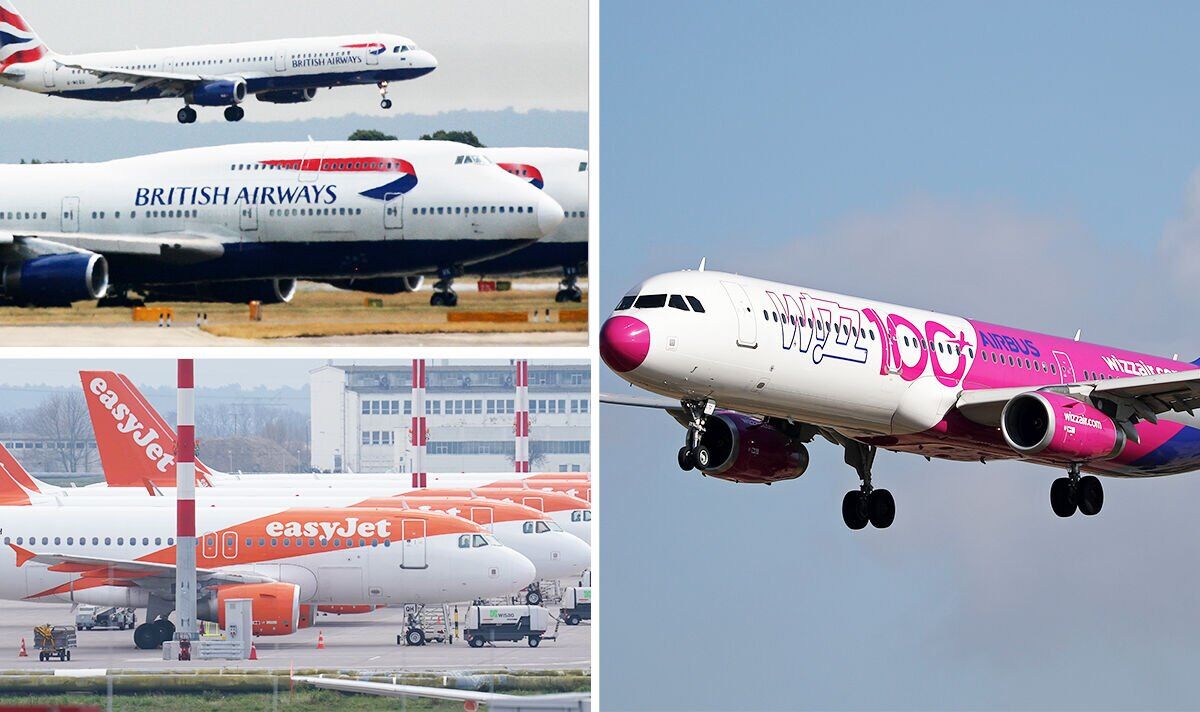 British Airways, Wizz Air and Tui were among the top airlines that had Britons waiting to take off last year. This was according to analysis of Civil Aviation Authority data.

The data showed Wizz Air had passengers waiting the longest to get in the air, with wait times more than triple some other airlines.

This was based on how far behind schedule flights were in 2021.

Virgin Atlantic and Loganair made up the remainder of the top five.

The data considered scheduled departure times from UK airports when airlines had more than 2,500 flights. It did not take cancelled flights into account.

While the data does not look great for those booking a flight, editor of consumer magazine Which? Travel Guy Hobbs explained the situation is actually worse for many.

He said: “While these findings are worrying, the reality has actually been far worse for many travellers this summer.

“Holidaymakers have faced a barrage of disruption over the last few months, and these latest figures only serve to underline the need for urgent reform of the travel industry.

Other budget airlines, Ryanair and easyJet fared much better in the findings.

The two carriers had some of the most efficient services, with Ryanair showing delays of just six minutes and six seconds.

easyJet has even shorter delays at around four minutes and 36 seconds.

The airline with the shortest delays in the research was Aer Lingus, at three minutes and 12 seconds.