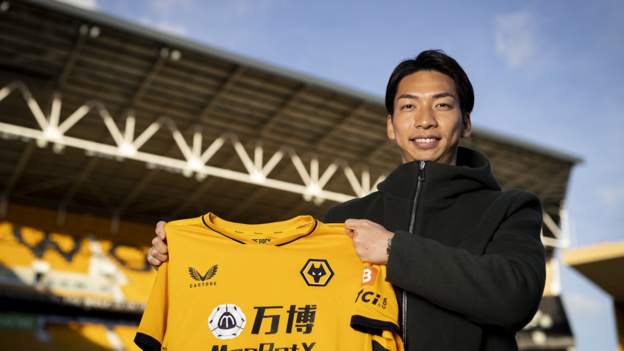 The 26-year-old will spend January’s Swiss Super League winter break at Molineux before returning to Zurich on loan for the rest of the season.

Kawabe made his senior Japan debut against South Korea in March 2021 and is Wolves’ first Japanese player.

Sellars added: “He’s an attacking midfield player, very energetic, very busy, and has good quality. He’s really shone at Grasshoppers this year, and he’s one of the main reasons they’re doing so well.”

Since joining Grasshoppers from Sanfrecce Hiroshima before the 2021-22 season, Kawabe – capped four times for Japan – has scored four goals and made three assists in 18 appearances.

Find all the latest football transfers on our dedicated page.