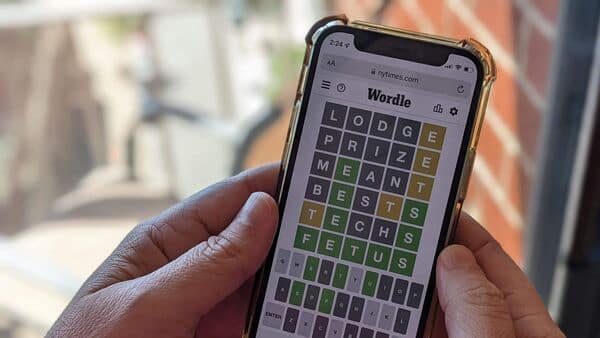 Turning 361 days old, the countdown for Wordle’s one year anniversary is closer than ever. So unsurprisingly enough, Wordle 361 for June 15 happens to be an interesting but slightly tricky one. Perhaps, to figure out today’s word, you have to be a word game veteran because this word has its roots in Italian. Be warned that if you proceed forward, it will be filled with spoilers.

As far as the hints are concerned Wordle 361 word of the day for June 15 is both a noun and an adjective and also has two vowels in it. Those who are still having trouble finding today’s answer have landed on the right page for clues, hints and solution.

How to play Wordle?

In case you are still unsure about how to play this game, here is a brief explainer to help you solve it successfully. The word game which has been developed by a Brooklyn-based software engineer, Josh Wardle, the absolute beauty of this puzzle is that it’s easy and social. Players share their solving patterns and statistics on social media, trying to best their friends. Wordle players have just one simple objective, to guess the day’s five-letter word by entering characters in a box.

In addition to this, Wordle players are offered six attempts to get the word right. When you enter the alphabets, they are highlighted in different colors to indicate whether you have it right or not. For instance, if the alphabet entered is in the correct spot, the box will turn green, and if wrong the box will turn yellow. So what does it mean when you enter an alphabet and the box turns grey? It means you have typed the wrong alphabet in the wrong spot. The game is not app-based and one can play it by simply opening a link.

The word starts with P

The word ends with O

The other vowel is I

Wordle 361 answer for June 15 is ‘PRIMO’. It refers to something of top quality or importance.