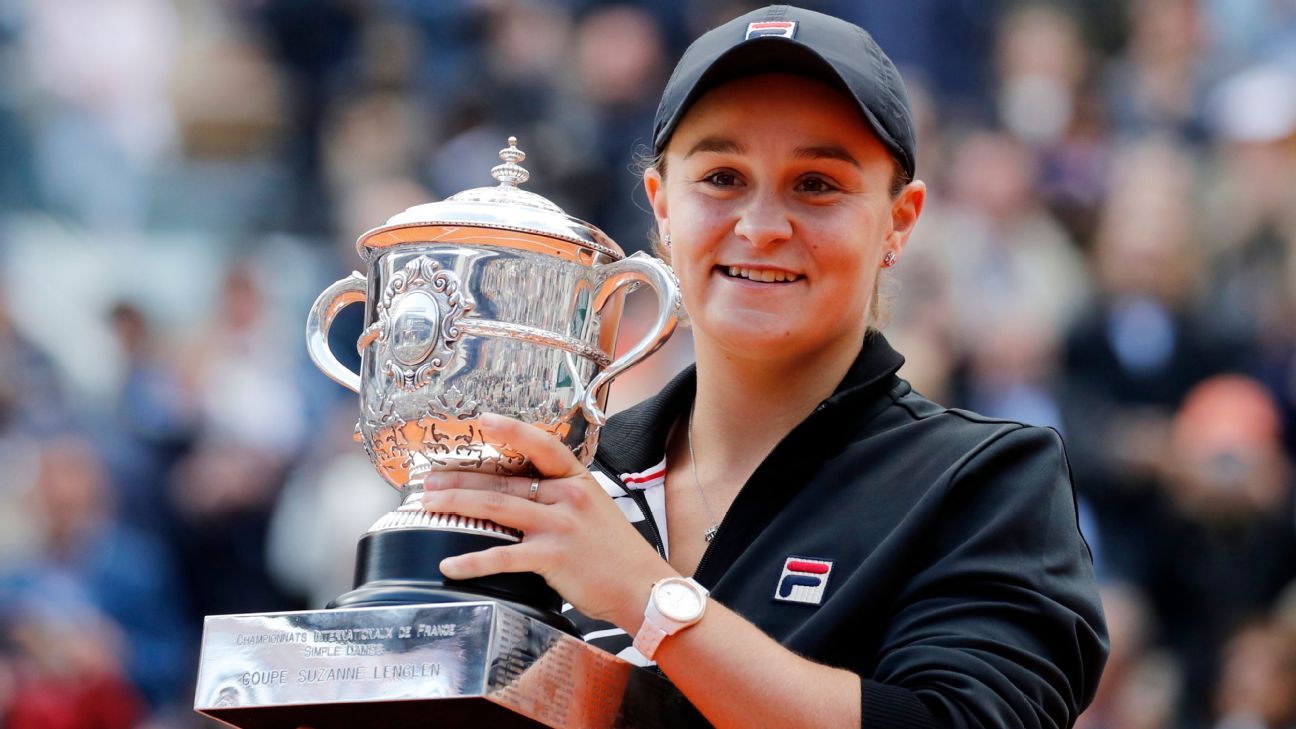 In her first news conference since announcing her immediate retirement from professional tennis, three-time major champion and current world No. 1 Ash Barty called her decision “scary but exciting” and said she was looking forward to working with Australian junior players in the near future, as well as spending time with her family.

“It’s exciting because there are so many things Ash Barty, the person wants to achieve and dreams that I want to chase after,” Barty told a group of international reporters on a video call on Thursday in Australia. “But I think my purpose won’t change, I just get to contribute in a different way. I get to contribute more on the tennis side with the younger girls, younger boys and throughout the communities, which is exciting for me.”

Barty, 25, stunned the tennis world on Wednesday with a six-minute Instagram video in which she said she would be stepping away from the game, effective immediately, to “chase other dreams.” In the clip, which was recorded as an interview with her friend and former doubles partner Casey Dellacqua, Barty confessed she no longer had “the physical drive, the emotional want and everything it takes to challenge yourself at the very top of the level any more.”

Barty revealed she was initially planning on playing in Australia’s clash at home against Slovakia in the qualifiers for the Billie Jean King Cup next month before retiring, but the event was ultimately cancelled after Australia took Russia’s spot in the finals and no longer needed to qualify.

In January, Barty ended a 44-year title drought for home players at the Australian Open following an impressive straight-set victory over American Danielle Collins in the final. She never dropped a set in the tournament and joined Serena Williams, Roger Federer, Rafael Nadal and Novak Djokovic as the only active players to have won Grand Slam singles titles on all three surfaces. She had previously won the French Open in 2019 and Wimbledon, achieving her childhood dream, in 2021.

A former junior prodigy, a teenage Barty took a break from the sport following the US Open in 2014 and pursued a professional cricket career. She returned to tennis after 18 months and since the start of 2017, her first full season back on tour, no woman has won more titles than Barty. In addition to her three major trophies, Barty has won 12 other singles crowns, including three 1000-level events, and four doubles titles, including at the 2018 US Open. She earned a bronze medal in mixed doubles in Tokyo.

Barty has held the world’s top ranking for the past 114 weeks, and for 121 total weeks. She joins Justine Henin as the only women to retire while ranked No. 1. Henin was also 25 when she stepped away in 2008, but she ultimately returned two years later. Barty didn’t completely rule out the possibility of a comeback when asked directly about it.

“You never say never but it’s a long way off at this stage,” Barty said.

Barty said her name would be removed from the rankings in the next cycle, following the conclusion of the Miami Open, in which she is the defending champion. Iga Swiatek, who won last week’s Indian Wells’ title, is currently the No. 2-ranked player and Barty heaped on praise about her potential replacement.

“She’s an incredible person, a great tennis player and the way that she’s brought this fresh, fearless energy onto the court has been incredible,” Barty said, before adding Swiatek was one of the first to message her after her retirement announcement.

But Swiatek was far from the only one of Barty’s peers to comment on the announcement. Serena Williams, who holds the record for most major titles in the Open Era at 23, said she was “sad” to hear about Barty’s decision, but “happy for your new chapter.”

Andy Murray, a three-time Grand Slam victor, said he was also happy for her, but “gutted for tennis.”