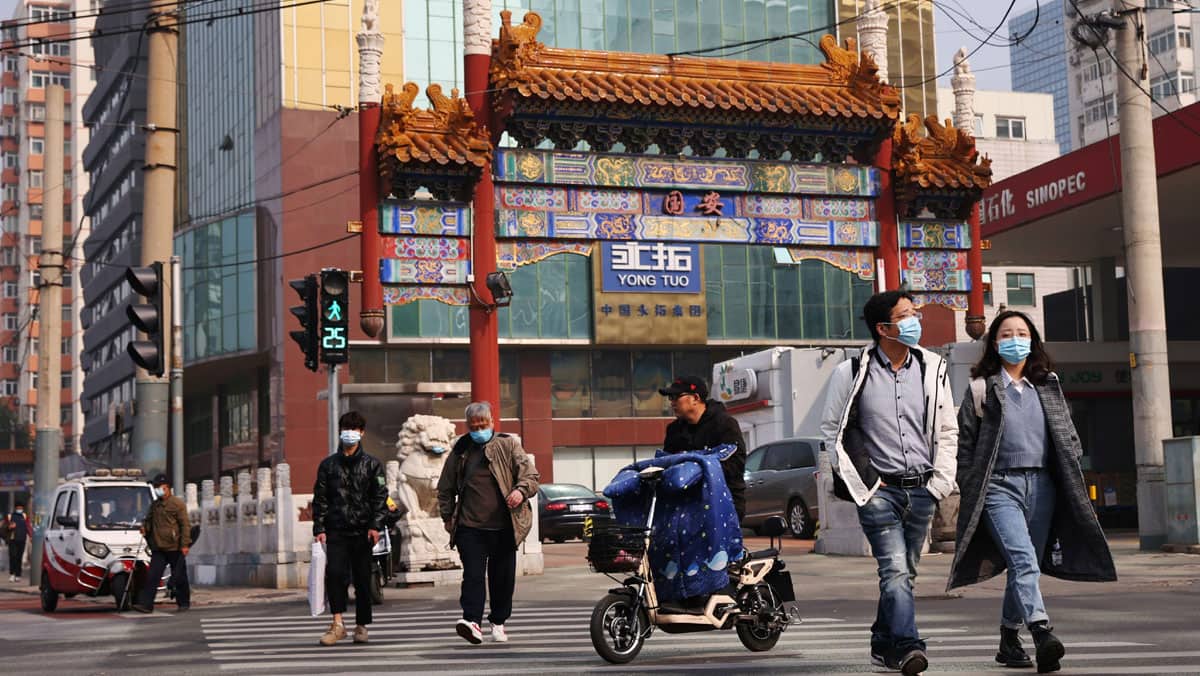 Beijing: China’s decision to impose fresh lockdown in its largest city Shanghai and start mass testing as part of its strict Covid-19 strategy has sent worrying signals to India amid intense speculations about a possible fourth wave of the coronavirus hitting the country in the days to come.

Shanghai’s Pudong financial district and nearby areas will be locked down from early Monday to Friday as citywide mass testing gets underway, the local government said.
In the second phase of the lockdown, the vast downtown area west of the Huangpu River that divides the city will then start its own five-day lockdown from Friday. Residents will be required to stay at home and deliveries will be left at checkpoints to ensure there is no contact with the outside world.

Offices and all businesses not considered essential will be closed and public transport suspended. Already, many communities within the city of 26 million have been locked down, with their residents required to submit to multiple tests for Covid-19.  Shanghai’s Disney theme park is among the businesses that closed earlier.

China has reported more than 56,000 infections nationwide this month, with a surging outbreak in the northeastern province of Jilin accounting for most of them. Shanghai has had relatively few of those cases, with just 47 recorded Saturday.

But in response to China’s biggest outbreak in two years, Beijing has continued to enforce what it calls the “dynamic zero-Covid” approach, calling that the most economical and effective prevention strategy against Covid-19 amid criticism over the policy’s economic toll on the country.

The new measures require lockdowns and mass testing, with close contacts often being quarantined at home or in a central government facility.

The strategy focuses on eradicating community transmission of the virus as quickly as possible, sometimes by locking down entire cities. While officials, including Communist Party leader Xi Jinping, have encouraged more targeted measures, local officials tend to take a more extreme approach, concerned with being fired or otherwise punished over accusations of failing to prevent outbreaks.

While China’s vaccination rate stands at around 87 per cent, it is considerably lower among older people.

Though the Covid-19 situation in India remains fully under control, with a sharp decline in new and active cases, experts have been sounding an alarm about the fourth wave hitting India around mid-June.

With more than 40 million confirmed cases, India is next only to the US which has the world’s highest Covid-19 caseload. If top global health experts are to be believed, the Omicron sub-variant is behind the recent surge in the new Covid cases around the world.

Omicron, which carries more than 50 genetic mutations, is being blamed for the fresh wave of infections across the globe.

Where does India stand?

If health experts are to be believed, the fresh surge may not impact India, thanks to the strong immunity gained during the second wave. Though experts have been warning that the Covid threat has not fully gone and there’s no need to lower the guard.

They have pressed for continuous monitoring of local level epidemiology, continuous genomic sequencing to identify any new variants of interest and concerns.

On 21 March, India recorded 1,410 new cases, down from a surge peak of 347,000 cases on 21 January. On the other hand, India has so far administered more than 1.8 billion doses of the Covid vaccine, fully vaccinating 80% of its adults. Some 94% have received the first dose.

In view of the massive vaccination programme, the authorities in several states have now lifted restrictions as part of measures to bring normal life and businesses on track again. Another reason why India looks confident is the fact that a majority of Indians have acquired protective immunity to the virus by contracting the infection or by getting the vaccine.

However, some recent studies indicate that immunity wanes over time. Experts are now suggesting three doses of a vaccine or boosters to help protect people from severe disease and possible deaths.

This is why the central government has now started administering booster doses to its already vaccinated citizens and has so far administered more than 20 million vaccine doses to the targeted age groups – elderly citizens, health care workers etc.