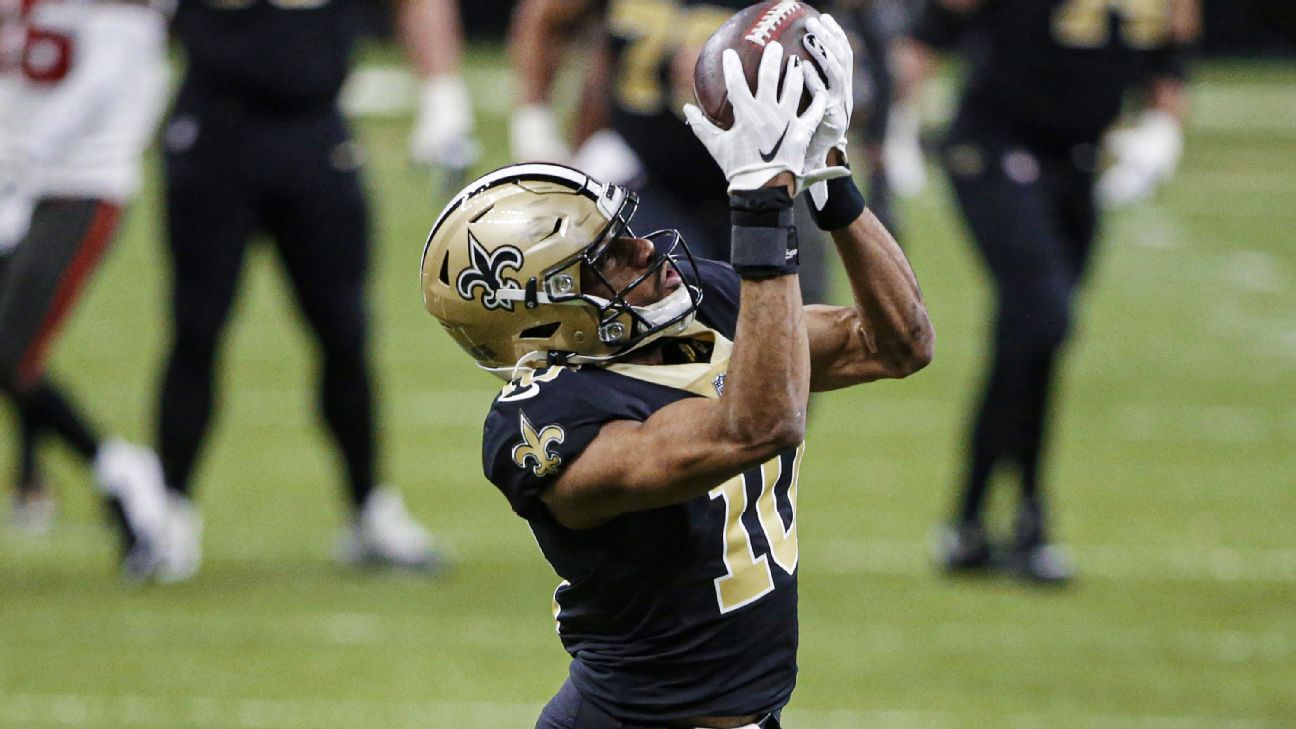 METAIRIE, La. — The New Orleans Saints are bringing back receiver Tre’Quan Smith on a two-year deal worth $6 million plus incentives, a source told ESPN.

The deal includes $3 million in guarantees and up to $4.5 million in incentives/escalators.

Smith, 26, has been a part-time starter with the Saints ever since they drafted him in the third round out of Central Florida in 2018, but his career has been hampered by a variety of minor injuries. The 6-foot-2, 210-pounder has appeared in 51 career games with 29 starts, catching 112 passes for 1,486 yards and 17 touchdowns. Smith has another five receptions for 110 yards and two touchdowns in four career playoff games.

New Orleans values Smith’s versatility. His blocking ability is just as valuable as his big-play ability, and he has developed his ability to play every receiver position.

The Saints will likely still try to add at least one more standout pass catcher to their mix, however. They finished 32nd in the NFL in passing yards in 2021 while dealing with major injuries to quarterback Jameis Winston, receiver Michael Thomas and much of the offensive line. Getting Thomas back from his ankle injury should provide a huge boost, but the Saints could still look to add reinforcements through free agency or the draft.

Free agent receiver Marquez Valdes-Scantling confirmed that the Saints were among his top suitors before he signed with the Kansas City Chiefs last week.