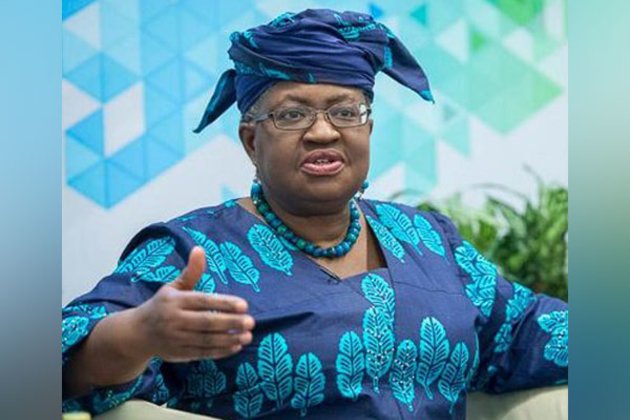 Geneva [Switzerland], July 27 (ANI/Xinhua): World Trade Organization (WTO) Director-General Ngozi Okonjo-Iweala has called on all members to implement the outcomes of the 12th Ministerial Conference (MC12) as soon as possible to respond to challenges facing the multilateral trading system.

“Delivering results last month has generated expectations for more in the future,” the director-general said at a meeting of the General Council on Monday.

According to a WTO statement, she urged members “not to be lulled into complacency following the MC12 success” and to implement the outcomes as soon as possible.

On fishery subsidies, the director-general said the agreement reached at the MC12 would only be effective once it enters into force, and each member has to ratify the deal before formally accepting it.

“The urgent situation of the oceans and our fisheries makes it imperative to get this done as soon as possible … we should target months, not years to get this done,” Okonjo-Iweala said.

Regarding WTO reforms, Okonjo-Iweala reiterated “the need to develop common understandings about what reform is, build on that and act with a sense of urgency, including in resolving the Appellate Body issue, a matter that many leaders have raised.”The Appellate Body, considered the supreme court for global trade disputes and is supposed to have seven judges and a minimum of three to function, is currently paralyzed.

Some WTO bodies have already met, and possible follow-up and implementation work on MC12 mandates for the second half of this year have been discussed, said Didier Chambovey, chair of the General Council.

Chambovey said Cameroon and the United Arab Emirates have offered to host the next Ministerial Conference. (ANI/Xinhua)