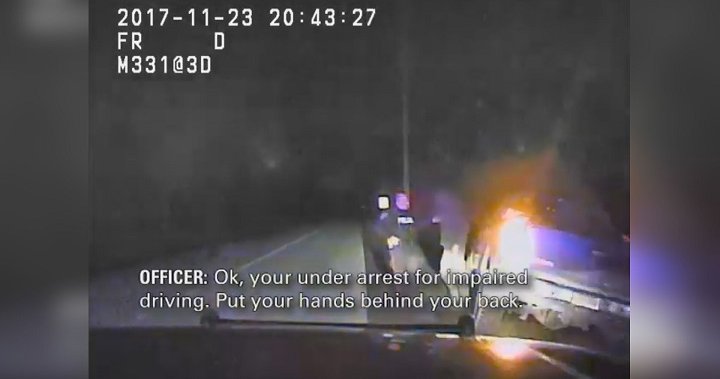 “There is no Band-Aid,” explains Staff Sgt. Andy Graham, who heads up the Road Safety Bureau of the York Regional Police (YRP).

That’s because, with the ongoing pandemic, officers haven’t been able to head south following their two-week-long vigorous training session.

“We have been required to add overtime shifts and reallocate our resources to meet our demand because the demand is up,” said Graham.

In March of 2020, YRP had 22 DRE officers fully certified to give expert testimony in court. Now that number has been cut in half due to attrition, while some officers took promotions, retired, or transitioned to another force.

With alcohol and cannabis sales on the rise, officers are seeing an uptick in the number of people driving while impaired by drugs or alcohol. Since the beginning of 2021, YRP has arrested and charged 1,300 people with impaired driving.

Of those arrests, 204 were drug-related and required the expertise of a DRE officer who can conduct sobriety tests in the station and in field for both drugs and alcohol.

“The amount of workload that’s out there that has not decreased is spread around fewer officers, so when we once had 22 operational drug recognition experts, we now have 11,” explained Const. Reed Holland of the Road Safety Bureau, who is also a certified instructor for the course.

“There’s already an issue with detecting these drivers and this issue just makes it worse,” explained Eric Dumschat, the legal director for MADD Canada during a recent interview with Global News.

“There are specific procedures that have to be followed for the Criminal Code and if they’re unable to do it, then they’re just unable to do it. What that means for enforcement, at least on the drug side of things, the detection was already so low that I doubt many people who chose to drive under the influence of drugs were worried about being caught in the first place.”

Alleged impaired driver with 5-year-old pulled over in Vaughan shows image of J. Cole instead of ID

Until the force can send officers south for training, they will continue to redeploy resources where needed in an effort to get impaired drivers off the roadways.

“They’re making a choice to put other people at risk and I do not know the reason why. It escapes me, why people continue to choose to drive impaired and put everyone else at risk,” says Holland.

Due to the spread of Omicron and a recent travel advisory handed down by the federal government, it remains unclear if YRP will be able to send officers south in the new year.