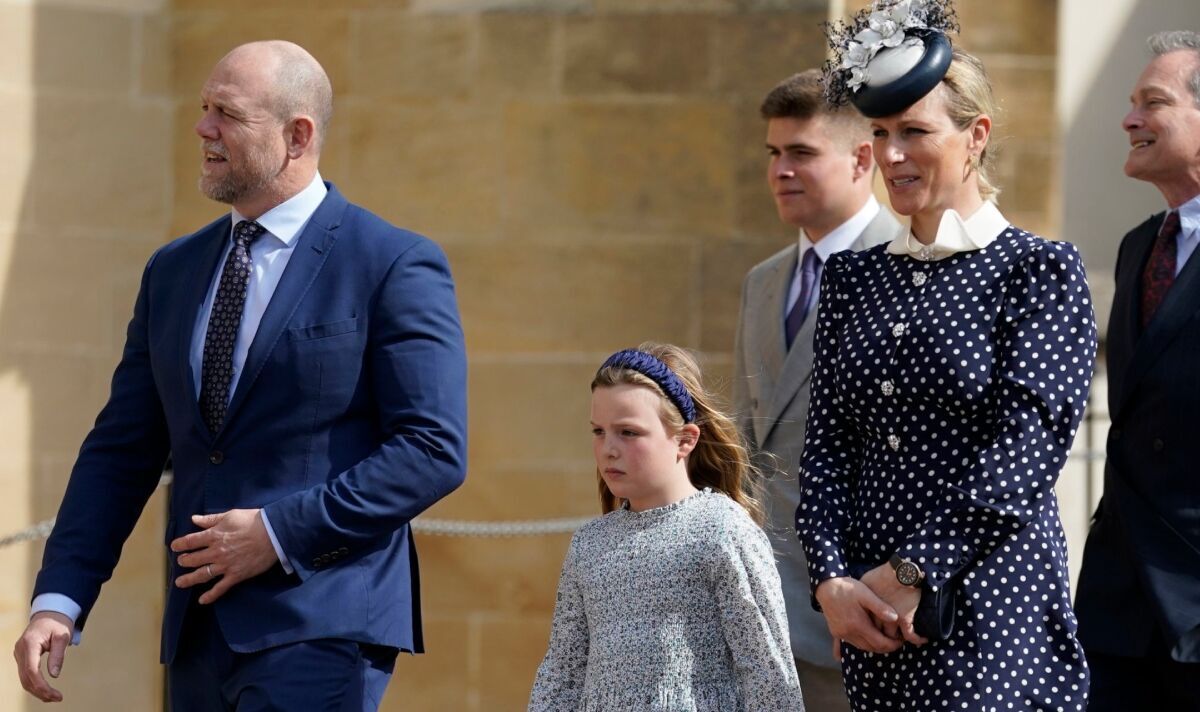 Zara Tindall, 41, and Mike Tindall, 44, are parents to Mia, eight, Lena, four, and Lucas, one. The eldest Tindall child, Mia, is celebrating her ninth birthday tomorrow, the same age as her second cousin and heir to the throne, Prince George.

What type of parents are Zara and Mike?

Mia in particular seems like such an ordinary young girl with a great sense of humour. For example, on Christmas Day she was seen poking Prince George in the back as a joke.

How have Zara and Mike ensured she stays normal and grounded whilst still a royal?

Sandra Trew, a professional parent coach, spoke exclusively to Express.co.uk to explain. She said: “Zara and Mike used their experiences and knowledge based on their upbringing to create their family lifestyle.

“They have built a strong connection with their eldest child Mia Tindall, allowing them to parent in a positive but down-to-earth way.

“They have allowed Mia to be a child behind closed doors. This is apparent in her behaviour in public. They have set moderate boundaries from birth, which has become the norm for Mia.

“She is aware of her duties and responsibilities as a royal child and has a sense of acceptance, but with the understanding she can play and be a child in the comfort of their home.

“Zara and Mike have a good connection with each other. They have remained consistent throughout their children’s lives, which has had a massive impact on them.”

“Zara and Mike are setting trends and making decisions as a family. They set the tone for their children to embrace new and old things.

“Parents educate their children to understand that not everyone is fortunate. Setting a precedent for their children’s futures by encouraging Lena to wear her cousin’s hand-me-downs is ok.”

Leading on from this, at Cheltenham on New Year’s Day, Mia was carrying an Aspinal of London clutch bag, a brand loved by Zara herself.

Is it wise to let eight-year-olds wear designer clothes and accessories? Is it encouraging mass spending? Or can it be something that can be saved and used for many years to come?

Ms Trew explained: “Although Mia is eight years of age, she may not know the connotations surrounding the clutch bag.

“One component of social and emotional growth at eight to 10 years is their desire to be seen as intelligent. The clutch bag may make her feel mature as she imitates her mother and shares the same passion.

“Having such an exclusive clutch bag for a young person can be considered mass spending, but like everything, if it’s a one-off, everyone is entitled to a treat or two. How Zara and Mike have communicated with Mia about the bag is just as important. Making her aware of her privileges and status.

“Of course, if saved for years, the bag would remind Mia of one of the fond moments in her childhood. This bag could also be an heirloom passed down from generation to generation, making the bag much more valuable in terms of the person holding it rather than its value in money.”